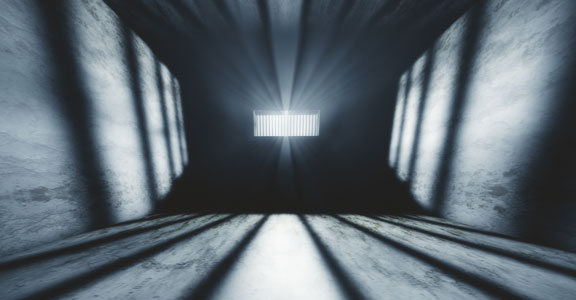 In recent years, a small but growing number of neuroscientists, lawyers, and policy-makers have highlighted the dangers of solitary confinement and are campaigning to minimize use of the practice and, eventually, abolish it completely.

The conditions of solitary confinement vary, but typically involve locking prisoners up in a small, windowless cell for 22 to 24 hours a day, with little or no human interaction or other forms of stimulation, often for extended periods of time. A general consensus is emerging that this treatment can be both psychologically and neurologically harmful. (See “The Solitary Brain“)

Many now deem the practice to be cruel, inhumane, and tantamount to torture, and increased attention to this issue is starting to produce some changes. In a landmark 2015 case, the state of California agreed to scale back its use of solitary confinement. The following year, President Obama banned solitary confinement of juveniles in federal prisons, and Albert Woodfox, the country’s longest-standing solitary confinement prisoner, was released from Louisiana State Penitentiary, after 43 years in almost complete isolation.

Nevertheless, the use of solitary confinement remains common in the United States, as well as in other parts of the world, including Europe and the Middle East.

Jules Lobel, a professor of law at the University of Pittsburgh, and former president of the Center for Constitutional Rights, described how he and his colleagues used neuroscientific evidence to bring about reform in the criminal justice system in California, at the annual meeting of the Society for Neuroscience in San Diego last year.

Ashker v. California was filed in 2012 on behalf of more than 1,300 inmates, all of whom have been held in solitary confinement at Pelican Bay State Prison, California’s only super-maximum security prison, for 10 years or more. In the early 1990s, Thelton Henderson, one of three judges presiding over California prison healthcare, decided that while Pelican Bay’s solitary confinement facility was Draconian, sterile, and monotonous, and could cause psychological pain, it did not amount to a Constitutional violation.

“Henderson decided against the prisoners, by making a sharp divide between physical pain and psychological pain,” said Lobel. “We wanted to think outside the box and bridge this gap.”

Lobel and his colleagues at the Center for Constitutional Rights recruited psychologists and neuroscientists as expert witnesses. Among them were Matthew Lieberman, director of the Social Cognitive Neuroscience Laboratory at University of California, Los Angeles, who testified that humans have a fundamental need for social contact, and that work from his lab and others shows that social and physical pain are associated with overlapping brain activity patterns.

They also collaborated with researchers at Stanford University’s Human Rights in Trauma Mental Health Lab to produce a consultative report on the mental health consequences following release from long-term solitary confinement in California’s prisons. The report, based on interviews with 29 prisoners, concludes that such treatment leads to numerous psychological symptoms that persist, and sometimes worsen, long after isolation has ended.

In light of all this, the landmark settlement on September 1, 2015, ended indeterminate solitary confinement in prisons throughout California, and in July 2018, the presiding judge issued orders granting the return of more than 1,500 Pelican Bay prisoners from solitary confinement into the general prison population.

“Neuroscience can not only be a powerful tool for understanding the human condition,” Lobel said, “but it can also play an important role in changing the conditions that humans live under, and an example of the possibilities for neuroscience in societal reform is the role it played in this class action suit.”

The prisoners released from solitary following the suit are just the tip of the iceberg, however. The United States houses nearly one-quarter of the world’s prison population, and it is estimated that between 70,000 to 80,000 inmates are being kept in isolation there at any given time. In 2018, human rights groups also voiced concerns about the use of solitary confinement in privately-run U.S. Immigration Detention Centers – especially about the isolation of juveniles and people with mental health problems.

Solitary confinement is used widely in British youth detention centers, too, where it is estimated that up to 38 percent of incarcerated boys have spent time in isolation. According to a report by HM Inspectorate of Prisons, growing numbers of 12-18-year-olds in these institutions are being kept locked up for 23 hours a day, and sometimes prevented from showering daily. This, apparently, is largely due to staff shortages and increased risk of violence to inmates from others.

Following publication of the report in November 2017, the British Medical Association (BMA) and several other leading medical organizations called on the government to abolish solitary confinement of children and young people, and the BMA also issued guidelines for doctors working in young offender institutions.

In Egypt and other Middle Eastern countries, the use of torture is rife, and prison conditions fall far short of the international minimum standards, with prisoners being subjected to overcrowding, a lack of nutritious food, and minimal hygiene and sanitation.

A recent examination by Amnesty International revealed that Egyptian authorities are using solitary confinement as an additional tool to inflict punishment against dozens of human rights activists, journalists, and opposition party members, who are being held in such squalid conditions for prolonged and indefinite periods of time.

Echoing the concerns of other campaigners, Amnesty urged the Egyptian government to “end all solitary confinement unless it is imposed in full conformity with the Nelson Mandela Rules,” arguing that “it should be used only in exceptional circumstances and as a last resort.”