Back to Parent Page
HomeQ&AUnderstanding Sleep 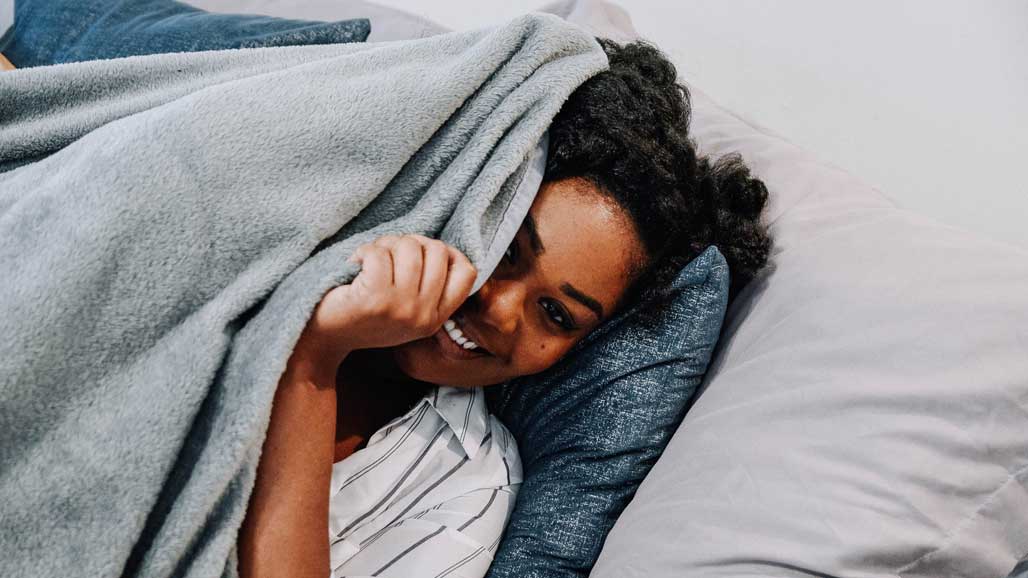 Birds do it. Bees do it. Even fruit flies do it. That’s right: they all sleep. (What did you think we were going to say?)

While the length and patterns of sleep differ across species, this unique type of rest occurs in most animals, including human beings. This natural process is governed by a self-sustaining biological body clock that runs, more or less, on a 24-hour cycle, matching Earth’s day. After you crawl in bed each night (or hit the couch in the afternoon), this state of rest is paired with changes in consciousness.

Despite the fact that we spend almost one-third of our lives sleeping, scientists still hotly debate sleep’s underlying purpose. Researchers now understand that sleep affects nearly every organ and tissue in the body, and, as such, influences everything from your metabolism to your mood. Groundbreaking neuroscience research has also demonstrated that getting around 8 hours of shuteye helps to regulate mood, facilitate learning, and allow the brain to do some important internal housekeeping work.

Sleep is one of those things that often seems easier to do than explain. It’s a naturally occurring period of rest; being in this state alters almost every aspect of your body’s normal physiology. Your heart rate and breathing slow, your muscles relax, your temperature drops, and your senses are inhibited. Human beings also lose consciousness, at least partially, during this process, tuning out the outside world so the body can focus on important internal processes to help you stay healthy.

What are the stages of sleep?

Sleep is not a single entity but a process that cycles through different stages through the night. There are two main types of sleep: rapid eye movement (REM) sleep and non-REM (NREM) sleep. REM sleep gets its name from what your eyes are doing behind closed lids when it is occurring: They are moving and moving fast. NREM sleep does not show these distinct eye movements and can be further divided into a series of four stages of deeper sleep.

Here’s how the cycle works. After you fall asleep, the first cycle of sleep is NREM sleep. The first stage when you are just starting to fall asleep, hovering between a drowsy consciousness and complete lights out. The second stage is called light sleep; your heart rate and breathing rate start to slow, and you lose consciousness, but despite your body moving into deeper rest, it would still be fairly easy to wake you. The last two stages of NREM sleep are what’s called deep or slow-wave sleep. At this time, waves of brain activity take on a distinct slow rhythm, much like an ocean wave. You are much harder to wake once you are in these stages of sleep. 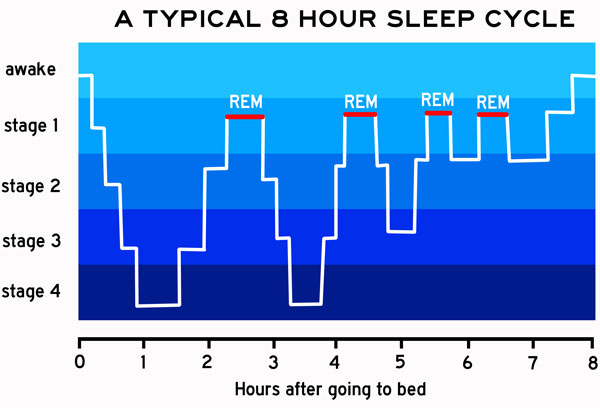 Once the final stage of NREM sleep is over, you’ll then cycle into REM sleep. While your eyes are moving, the rest of your body becomes inert – your muscles are actually paralyzed. But when scientists record brain waves during REM sleep, they find activity quite similar to what they’d see during wakefulness. This is the stage of sleep where dreaming happens.

In a single night, you will go through this same cycle of sleep stages four to five times, although you’ll spend less time in deep sleep during each successive time through the cycle.

What is circadian rhythm?

Human beings, in general, run on a 24-hour cycle, following the basic pattern of Earth’s day and night. But our body clocks can also be affected by what’s happening around us in the environment. For example, light can interfere with our circadian rhythms, which is why both sunlight and artificial lights can get in the way of a good night’s rest. Other environmental factors, including temperature, cardiovascular exercise, and social activity can also influence circadian rhythms. 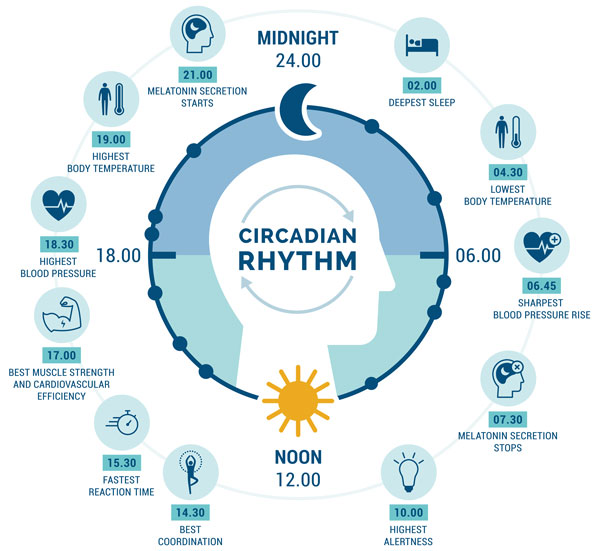 Why is sleep so important to brain health?

Scientists are still debating exactly why we sleep; it’s likely, given that we spend so much time doing it, that it has many purposes. Neuroscientists have already discovered that it is critical to learning and memory processes. Sleep helps us consolidate what we’ve learned during the day by reactivating important memories, so we retain that information. This consolidation process, researchers say, is also critical to help us prepare the brain for the next day, resetting the system so we can continue learning.

In addition to bolstering our learning capabilities, sleep has the power to clean the brain of excess proteins that could lead to neurodegenerative disease. New research suggests that, during sleep, the brain’s glial cells, a special type of support cell, help to clear the brain of waste, including amyloid-beta, a type of protein that has been implicated in Alzheimer’s disease. Like the body’s lymphatic system, which uses the fluid  lymph, to carry toxins and other waste out of the body, this proposed “glymphatic” system harnesses cerebral spinal fluid (CSF) to flush the brain as we rest each night.

What are the consequences of poor sleep?

Anyone who has ever had a fitful night’s rest knows that poor sleep can affect everything from your mood to your ability to focus. In the short term, missing some sleep may result in a bit of grumpiness and the need to sneak in a nap in later in the day. But, over time, not getting enough rest – true sleep deprivation – can lead to more severe consequences, ranging from increased risk of heart disease to psychosis. Sleep, truly, is a process that promotes health across body and brain.

How much should I sleep?

There’s no magic formula for the number of hours your need to sleep to feel and perform your best; listen to your own body. Most experts estimate between 7 and 8 hours does the trick, but how much sleep you personally need depends on your genetics, your age, and your general health.

Children and teenagers need a little more sleep, another two hours or so each night, to help facilitate growth and development. People over the age of 60 years may need a little less.

It depends! Infants and toddlers, who need more sleep, definitely need to nap throughout the day to stay healthy. They tend to wean themselves off naptime (much to their parents’ chagrin) as they get older. Once you hit grade school, however, whether a nap is in order or not depends on your particular activity level, sleep pattern, and general sleep schedule.

Naps are not a replacement for a regular night’s rest (although they can definitely help you get through the day when you’ve had a late or generally restless night). You really do need those 7-8 hours of Zzzz’s each night to help keep your brain working its best. But there’s strong evidence to suggest that a short nap during the day – on the order of 15 to 30 minutes for younger adults and 30 to 90 minutes for the elderly – is restorative, helping to fend off fatigue and improve alertness. Indulging in longer naps, however, can break up a healthy sleep pattern, making it more difficult to get on a schedule that will make sure you are getting the sleep you need.

The Sleeping Brain–  article from our Cerebrum journal (2017)