Back to Parent Page
HomeFact SheetsThe Senses: The Somatosensory System 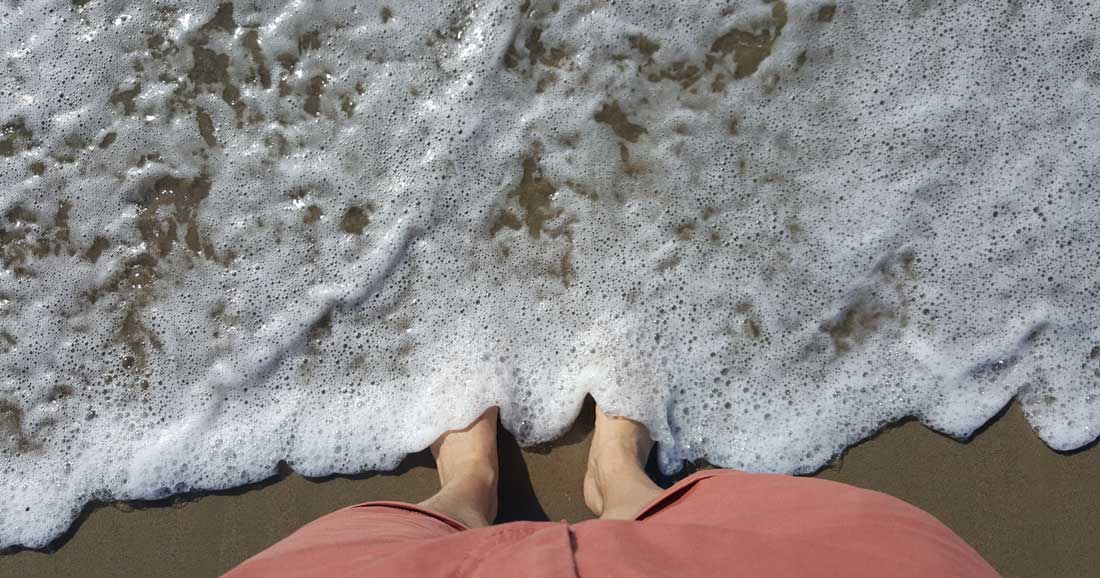 We traditionally speak of the “the five senses”—a notion that goes back to Aristotle. But this is a simplification. In particular, what we refer to as “touch,” the fifth sense, is a kind of shorthand for a group of senses.

The sensation of actual touch—something in contact with the skin—is picked up by specialized receptor structures and conveyed by specific nerve fibers to the brain. There are separate but parallel receptors and nerve pathways for the sensations of temperature, body position and movement, and pain.

Think of this group of senses as subsystems within the somatosensory system—members of a family that are closely related but unique and independent.

While receptors for the other senses are localized in compact sense organs (the ears for hearing, the eyes for sight, the nose for smell), receptors for touch and its kindred senses are distributed all over the skin and inside the body.

Many of these receptors are essentially nerve endings encapsulated in the cells of surrounding skin, muscle, or other tissue that have been modified into structures to convey physical forces (pressure, stretching, motion) to them. Stimulating these mechanical receptors allows the flow of charged particles into the nerve, transforming the physical force

into the brain’s language of electrical impulses. Other nerve endings in the system respond to changes in their chemical environment (chemoreceptors) or to temperature (thermoreceptors).

These receptors are quite specialized. One type of touch receptor responds to a light brushing contact with the skin, another to firmer touch, others to hard pressure and to vibration. There are at least six different thermoreceptors, each tuned to its own temperature range, from cold to warm to hot.

The somatosensory system also includes receptors and neurons that convey information about body position and movement to the brain. These proprioceptors are housed in muscle, bone, and tendons and respond to stretch and contraction, tension and release.

How Is Pain Different?

Pain is a member of the somatosensory family, with a difference: the other senses carry data about the external and internal environment that may or may not need prompt attention. Pain is primarily a protective system whose signals are hard to ignore.

Although pain is often the reaction to a physical extreme (of temperature, pressure, twisting force on a joint, muscle contraction), it is not registered by the usual receptors for that sensation but by specialized nociceptors. These are bare nerve endings that are activated by mechanical force or by chemicals released by damaged or inflamed tissue. Nociceptors are specialized, too: different ones respond to different kinds of tissue injury or distress, to register sharp, dull, or aching pain.

From the Body to the Brain

Nerve impulses carrying somatic sensations travel along fibers (peripheral nerves) to the cell bodies of their respective neurons, which are located near the spinal cord. There, the release of neurotransmitters passes the signal along to fibers of the spinal cord itself, which run up to the brain. Throughout this process, signals from the diverse types of sensation remain separate, traveling via parallel pathways.

For most of these signals, the primary destination in the brain is the somatosensory cortex, a wide strip of the most evolved part of the brain that runs across the top of the brain from ear to ear. Here and through connections with other brain regions, the myriad sensations of touch, temperature, and proprioception finally come together to be integrated into coherent, conscious experience—the perception of the physical self and its immediate contact with the world around it.

The brain can interpret where sensations are coming from because the somatosensory cortex is organized to reflect the way the body is laid out—a kind of “body map.” The map isn’t scaled to body size, but reflects sensitivity: the hands and face are relatively small physically, but because they are highly sensitive to touch, the parts of the somatosensory cortex that represent them are disproportionately large compared to those devoted to other body parts.

Actually, the brain’s work of integration goes a lot further—vision, hearing, smell, and taste meld with somatosensory information to create a multidimensional yet unified perception of what is going on in and around you. Pain pathways facilitate rapid response. While some signals go all the way to the somatosensory cortex, others connect at the thalamus—a kind of switchboard area of the brain—to regions that ready us for action, such as the emotion-regulating limbic system and structures that control heart rate and respiration.

Many proprioceptive signals also terminate below the higher brain. Sensations from muscles and tendons involved in posture, reflex, and coordination are processed in the cerebellum, in addition to the cortex. For this reason, we ordinarily remain unaware of the continual physical adjustments that the brain and body execute to keep us upright and moving smoothly.

The Body in Motion

It is no accident that the somatosensory cortex is located directly adjacent to the motor cortex, which initiates voluntary movements. Both external and internal sensations provide essential information to guide when and how we move.

The two cortices face each other, with multiple connections to facilitate feedback. They’re organized similarly; the motor cortex has its own body map, although it is scaled somewhat differently, assigning space according to the finesse and complexity of the movements executed by the body part, rather than the part’s sensitivity.

More generally, the brain’s sensory systems (including vision and hearing, smell and taste) are intimately interconnected and interactive with its motor systems, suggesting how essential it is, from an evolutionary point of view, to understand the world around us if we are to act safely and effectively.