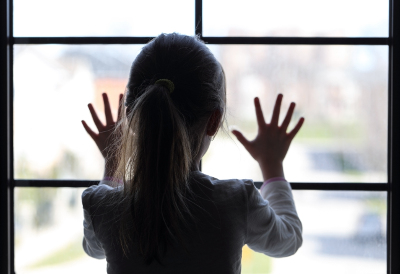 What happens to the brain of a child who is abused, neglected, or otherwise maltreated? Does adverse experience in early childhood change the trajectory of brain development and set one up for later problems? Why are some individuals more resilient to these types of problems than others? These are among the questions being asked as science attempts to sort out the how and why behind the accepted truth that childhood maltreatment changes the brain in ways that have lifelong consequences.

As the No. 1 preventable risk factor for mental illness and substance abuse, childhood maltreatment in all its forms, insidious or obvious, is a significant public health problem. A history of maltreatment is associated with a wide range of psychiatric disorders as well as stress-related medical conditions such as heart disease and diabetes. The lifetime consequences of early maltreatment on mental and physical health amplifies the toll on individuals and families, whose lives are often disrupted, and on society at large due to the enormous direct and indirect costs of illness or less overt behavioral issues.

“These individuals are the most challenging to treat,” says Martin Teicher, Ph.D., director of the developmental biopsychiatry research program at McLean Hospital and a professor of psychiatry at Harvard Medical School. “There’s a real pressing need to identify and develop better strategies to help them.”

A fundamental tenet of brain development is that different brain regions undergo periods of rapid change at particular stages of childhood, and these so-called sensitive periods may make children particularly susceptible to long-term effects of maltreatment. Several brain regions have two periods of sensitivity, one very early in childhood when children are going through a period of active overproduction of synaptic connections, and another around puberty, when the brain systematically prunes back connections deemed unimportant to the survival of the individual in its current environment. The brain wires itself up for adulthood based on experience in childhood; when that experience includes trauma or neglect, the brain adapts, fine-tuning itself to survive amidst adversity.

In the past couple decades, hundreds of studies have examined changes in the brain after childhood maltreatment. The earliest studies used EEG measurements to detect abnormal patterns of electrical activity; more recently researchers have applied brain imaging to paint a clearer picture of the effects of early-life neglect or abuse on brain structures and function. With the advent of more sophisticated imaging modalities such as diffusion tensor imaging, which provides information on white matter tracts, researchers have been able to ascertain changes in network architecture and better understand how the circuits and systems of the brain are altered in response to abusive or neglectful conditions.

One of the most consistent findings has been increased reactivity in the amygdala, a structure at the hub of the brain’s fear-processing circuit, and this can translate behaviorally to impulsivity and heightened response to threat. The reward system, on the other hand shows a blunted response. Other brain abnormalities seen consistently include a smaller hippocampus; structural differences in the insula; reduced grey matter in specific cortical regions; and alterations in the corpus callosum, the major white-matter tract interconnecting the left and right hemispheres. Brain systems for threat detection, emotional regulation, and reward anticipation appear to be particularly vulnerable, but precisely how these well-demonstrated brain changes are linked to the spectrum of behavioral maladjustments seen in individuals with a history of maltreatment is not completely clear.

The brain’s sensory systems, which serve as initial filters to the outside world, are modified in a selective way that seems to desensitize them, presumably as a protective measure to attenuate the traumatic impact of the environment. Individuals exposed to high levels of verbal abuse from parents, for example, have reduced grey matter volume in their left auditory cortex and abnormalities in an important language-processing pathway in the brain, the left arcuate fasciculus. People who primarily witnessed domestic violence show grey matter changes in the visual cortex and decreased integrity in the primary fiber tract, the left inferior longitudinal fasciculus, connecting the visual cortex with the limbic system, which determines memory and emotional response to visual stimuli. Individuals who experienced childhood sexual abuse also have alterations in the visual cortex, particularly in parts involved with facial recognition, as well as thinning in portions of the somatosensory cortex involved with conveying feelings of touch in the clitoris and surrounding genital area. Exposure to emotional abuse was associated with thinning in parts of the cingulate cortex and bilateral precuneus, regions involved in self-awareness and self-evaluation.

“Maltreatment is targeting these specific sensory systems and probably de-tuning them to a certain degree to minimize the traumatic effect of the exposure,” says Teicher. These changes can have long-lasting implications. For example, studies show that females who were sexually abused as children may experience altered sexual responses and sexual dysfunction as adults.

Adapting to a Dangerous World

Many of the brain abnormalities can be traced to regions involved in threat detection and response, suggesting that the brain is adapting as it develops to the dangerous or unsafe environment around it.

“To survive in an adverse environment, it’s advantageous to be vigilant and on guard,” says Dana Alliance for Brain Initiatives member Bruce McEwen, a neuroscientist at Rockefeller University and an expert on the effects of stress. “These kinds of brain changes may have enabled the child to respond to danger and threat, and to deal with it appropriately.”

“In a malevolent world where you’re being exposed to a great many risks, you might want to modify the brain to get even better at detecting and responding to threats,” Teicher says. “With this perspective, you can make a lot of sense as to the type of changes that occur in the brain.”

The problem is that these initially adaptive changes can become counterproductive later on, he says. “In a world that’s not so malevolent, you’re likely to misread a lot of people.”

A key question, McEwen says, is can the brain readjust itself to function capably in a safer environment? One way scientists are tackling this question is by studying people who show little or no overt symptomatology despite a history of abuse or neglect and comparing them to individuals with similar histories of abuse who did develop problems.

A natural assumption would be that brain changes and psychopathology would go hand in hand: Individuals who were maltreated and developed psychiatric disorders would show telltale changes in their brain whereas individuals who were maltreated but resilient to psychiatric illness would have “normal” brains. That turns out not to be the case, says Teicher, who called it one of the most surprising findings in his 30 years of research in this area. In a review on the neurobiology of maltreatment, his research team analyzed dozens of imaging studies to learn that all maltreated individuals have the same fundamental brain changes and the same fundamental defects in brain network architecture whether or not they show psychiatric symptoms

“I was astonished to think that these maltreated individuals who are rather asymptomatic have all of these changes in their brains,” Teicher says, “I thought, ‘This can’t be,’ but over and over again, it emerges.”

The latest findings from his Harvard laboratory, which are not yet published, suggest a possible explanation for this puzzling observation: resilient individuals have reduced interconnectivity among a number of brain regions relative both to controls and maltreated individuals with psychiatric symptoms. In fact, resilient individuals’ brains were more different from controls than from susceptible individuals. Teicher interprets this as evidence that secondary changes in specific neural nodes enable resilient individuals to effectively compensate for maltreatment-related brain adaptations.

“It’s not that they are unaffected by maltreatment; rather, their brains are very effectively compensating for it,” Teicher says.

Figuring out how to enhance resilience or boost compensatory changes in the brain–essentially, to adapt to the maladaptation of abuse–is a primary goal of treatment. A one-size-fits-all therapy is unlikely, partly because maltreated individuals exhibit such a wide spectrum of psychological outcomes. Drug therapy seems to play a very limited role in helping individuals with a significant history of maltreatment, Teicher says, a fact he laments is under-recognized in psychiatry.

More promising, he thinks, are talk therapies such as Dialectical Behavioral Therapy (DBT), an intensive training program that combines aspects of mindfulness and self-regulation, and to a lesser degree, trauma-focused cognitive behavioral therapy, as well as a complex-trauma treatment model known as ARC, for Attachment, Regulation, and Competence.

A few alternative therapies have shown some potential, including mindfulness meditation, yoga, EMDR (eye movement desensitization and reprocessing), and neurofeedback. Bessel van der Kolk, a Boston-based psychiatrist who wrote the New York Times best seller The Body Keeps the Score, often repeats the mantra that there is no one best treatment for all people.

Maltreatment takes many forms. Physical, sexual or emotional abuse, extreme neglect, and separation from parents are the more obvious forms. More insidious causes of toxic stress, including poverty, food insecurity, and systemic racism, can also affect psychological and physical health. Social-educational programs directed at early childhood or adolescence have shown mixed results in addressing poor health outcomes from these less overt but more widespread toxic-stress environments. A few stand out.

For example, the Nurse-Family Partnership was started in the 1970’s to bring nurse educators into the homes of new and expectant parents to provide training as well as social and emotional support in the basics of care and nurturing of a child. The program has demonstrated a host of benefits to both infant and maternal health, including lower rates of infant mortality and pre-term birth, and a significant return on investment in terms of cost vs. adverse outcomes prevented.

McEwen also points to a program at the University of Georgia that is focused specifically on African American adolescents. Strong African American Families enrolls 11- and 12-year-olds and their primary caregivers in a 7-week program designed to enhance parenting in low-income families. Recent data show that program effectively ameliorated the long-recognized association between years lived in poverty and reduced size of the hippocampus and amygdala. Separate data found that insulin resistance or prediabetes, a condition linked to stress-induced metabolic changes, was also largely prevented among participants vs. controls.

“The only way that many of us can understand this is that this program is providing the child, a young adolescent, the ability to be resilient,” says McEwen. “There’s a huge amount of plasticity of the brain that enables it to adjust to a new situation and perhaps overcome some of the problems of the impaired development in the first place. That’s hopeful.”