Back to Parent Page
HomeArticlesHarnessing Imagination to Calm Fears 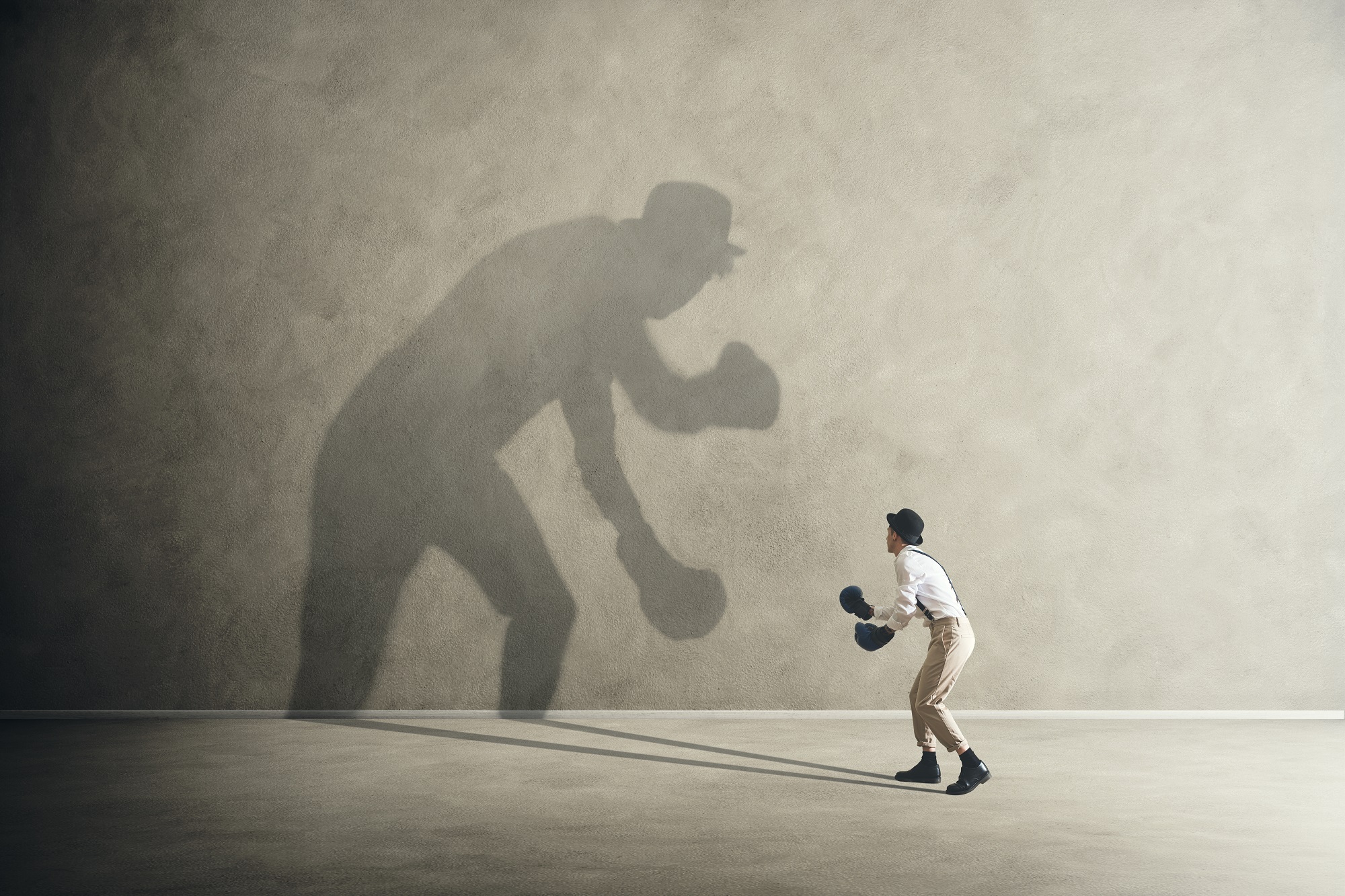 In a 1929 interview with the Saturday Evening Post, scientist Albert Einstein stated, “Imagination is more important than knowledge.” Today, you can find that quote emblazoned on posters, mugs, and T-shirts, inspiring the next generation of artists and scientists to use their imaginations to discover, design, and create. But imagination may offer more than a way to approach problem-solving and creative endeavors: research suggests that imagination may have use in the doctor’s office, too. A study by scientists at the Icahn School of Medicine at Mouth Sinai finds that imagining a threat activates the same neural substrate as reacting to a threat that exists in reality, suggesting that imagination might be useful in the treatment of neuropsychiatric disorders like anxiety and post-traumatic stress disorder (PTSD).

Imagination is a cognitive ability that is difficult to define (and not everyone has it). The Merriam-Webster dictionary says it is “the act or power of forming a mental image of something not present to the senses or never before wholly perceived in reality.” But Jim Davies, director of the Science of Imagination Laboratory at Carleton University in Canada, and author of the forthcoming book, Imagination: Understanding Our Mind’s Greatest Power, says that it’s more than just a sensory thing.

“Imagination is a word that is used in a lot of ways, and it’s hard to define for science in a technical way,” he says. “But imagination is creating possible scenarios in your head. Certainly, when people talk about imagination they talk about imagery, and that’s part of it. But there are also a lot of imaginative processes that don’t have to be sensory in nature. You can think about a hypothetical situation without having to actually picture yourself in it.”

“The mind, when it is imagining things, doesn’t really distinguish those things from reality,” he says. “So you can use imagination to transform the feeling of pain in different ways. It’s been shown to be quite effective in that way.”

Imagination is often used in other therapeutic settings, as well, says Daniela Schiller, a neuroscientist at Icahn School of Medicine at Mouth Sinai.

“If you consider types of cognitive-behavioral therapies, imagination plays an important role. Part of the therapy involves imagining a scenario and thinking about it differently to give yourself a sense of agency and to reappraise the past,” she says. Imagination can even be part of exposure therapy or “extinction learning,” a type of therapy used in PTSD treatment and elsewhere where people are exposed to the things they fear so they can properly reappraise them, decreasing their unwanted fearful reaction to them over time.

“In any situation where you need to change your expectations, your beliefs, or the way you are cognitively framing things, imagination can help,” says Tor Wager, a neuroscientist at the University of Colorado at Boulder. “But how it helps was unclear.”

To help better understand the neural mechanisms underlying imagination, Schiller, Wager, and colleagues used functional magnetic resonance imaging (fMRI) to look at the brains of 68 study participants after they experienced auditory threat condition and extinction learning. To start, participants were exposed to two distinct sounds, one of which was paired with a safe but unpleasant electric shock. Over time, the participants associated the tone with the shock. In the second part of the experiment, the participants were randomly assigned to one of three groups to undergo extinction learning. The first group was asked to imagine the tones to the best of their ability, the second group were given the actual tones, and the third group was asked to imagine unrelated sounds from nature. The participants then received four shocks (mild, but producing stress reactions) without accompanying sounds, followed by the tones. In addition to the brain images, the researchers also measured skin conductance to assess stress. The researchers found that the people who imagined the tones and those who actually experienced the tones during extinction learning were able to better suppress the stress responses to the tones by activating similar brain networks, including the ventromedial prefrontal cortex, a brain region involved with the ability to forget fearful memories. The results were published in the November 21, 2018 issue of Neuron.

“When you specifically imagine something, really trying to mimic reality, you activate the same regions in the brain you’d activate when you are exposed to the real thing,” says Schiller. “This means that people who have phobias or PTSD don’t have to be exposed to those threats again in real life to get help. And it gives us a target, the ventromedial prefrontal cortex, to measure during therapy to see if it is effective.”

Wager says imagination can be a powerful clinical tool. “This tells us that a lot of the processes we think are automatic in our brains can be influenced by how we conceptualize the problem, or how we conceptualize ourselves in the situation,” he says. “We know that imagery and visualization techniques can be helpful but this really is the first step to understanding why scientifically.”

Schiller hopes to continue to investigate the neural mechanisms of mental action. She says a more detailed understanding of imagination, sensory or otherwise, can not only improve clinical therapies but also offer new insights into the ins and outs of human behavior.

“Think about decision-making,” she says. “What happens when you imagine outcomes or your past experience? If we have a reliable way to measure the neural substrate that underlies imagination, we can ask a lot of questions in different domains about how our imaginations influence how we think, how we feel, and what we do.”

Wager agrees. “We already know that imagination is a powerful tool—and it matters how you direct it,” he says. “An imagination that is out of control may lead to fears or anxiety. An imagination that is better directed may help avoid them. It’s important we better understand this ability because, more and more, we are learning that the cognitive contents of our brains are important.”