Back to Parent Page
HomeArticlesBeyond Emotion: Understanding the Amygdala’s Role in Memory 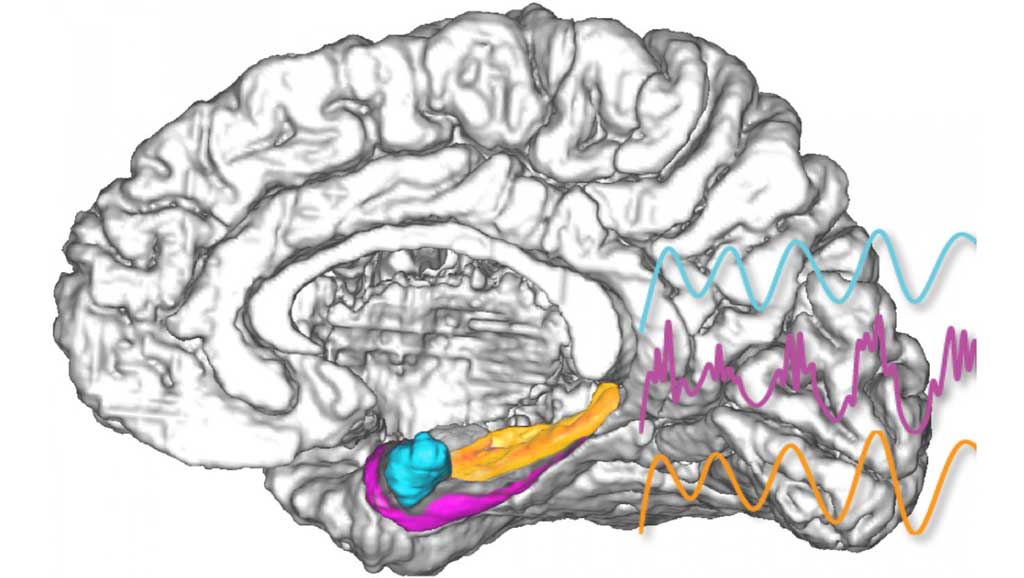 The amygdalae, a pair of small almond-shaped regions deep in the brain, help regulate emotion and encode memories—especially when it comes to more emotional remembrances. Now, new research from Emory University suggests that direct stimulation of the amygdala via deep brain stimulation (DBS) electrodes can enhance a person’s recognition of images seen the day before, leading to the possibility of potential DBS treatment for patients with memory-related disorders.

The amygdala and memory

The amygdala may be best known as the part of the brain that drives the so-called “fight or flight” response. While it is often associated with the body’s fear and stress responses, it also plays a pivotal role in memory.

“One role we are very familiar with, when it comes to the amygdala and memory, is that of emotional salience,” says Jon T. Willie, M.D., Ph.D., neurosurgeon and director of the laboratory for behavioral neuromodulation at Emory University in Atlanta. “If you have an emotional experience, the amygdala seems to tag that memory in such a way so that it is better remembered.”

The pioneering work of James McGaugh, a neuroscientist at University of California Irvine and member of the Dana Alliance for Brain Initiatives, has shown, time and time again, that strong emotions help humans and other animals acquire and retain lasting memories—and that the amygdala helps modulate that effect. This makes sense from an evolutionary perspective: The amygdala is often thought of as being a sort of survival-oriented brain area. Things that have strong emotions associated with them, good and bad, are likely to be the things that allow a species to not only stay alive, but also thrive in its environment. Recent research, though, suggests that the amygdala’s role in memory consolidation may go beyond just the emotional aspects of our experiences.

“It’s likely that the amygdala probably plays multiple modulatory roles when it comes to memory beyond just emotional salience,” Willie explains. “Probably in terms of other sorts of salience, too. The amygdala may have an upstream role where it is helping the brain figure out what is most important to remember, telling it, ‘Hey, you need to pay attention to this and remember it in the future,’ whether it’s emotional or not.”

Stimulating memory, but not emotion

Following this line of thinking, Willie, post-doctoral fellow Cory Inman, and psychologist Joseph Manns wondered if they might help potentiate, or “tag,” certain memories in rats by stimulating the amygdala. They used a DBS, implanting electrodes deep in the rats’ brains and then stimulating the basolateral complex of the amygdala during learning, to see if there was any increase in the overall salience readings of the things they wanted the rats to remember. The studies showed that, indeed, stimulation did help, enhancing the ability of the rats to recognize images after a learning session.

“This work was motivated by those studies from Manns’ lab. We had a lot of evidence to suggest that this could also work in humans,” says Inman. “And we wondered if we could tag particular experiences to be better remembered later—better stored than your everyday experiences—if we could stimulate this same part of the amygdala in people.”

To test that idea, Willie, Inman, Manns, and colleagues recruited 14 epilepsy patients who were to undergo surgery that required inserting intracranial depth electrodes to monitor seizure activity during the procedure. The researchers asked the patients to participate in a task looking at a series of objects. Some of those objects were paired with brief, low amplitude stimulation from the electrodes to the basolateral complex of the amygdala. The stimulation was so low that it did not elicit an emotional response in patients, nor even an increase in heart rate or skin conductance. Yet, the next day, when the patients were given a follow-up recognition test, they reliably remembered objects better when those objects had been paired with the amygdala stimulation. The results were published Dec. 18, 2017, in Proceedings of the National Academy of Sciences.

“Not only did we see that the stimulation improved recognition, but the patients who were the worst off memory-wise—many epileptic patients have memory problems—were the ones who showed the biggest memory enhancement when they got the stimulation,” says Inman. “This offers the possibility that DBS could be used as a potential treatment for memory issues in the future.”

Challenges of DBS as a treatment

While the idea of using DBS to help enhance memory may be compelling, the hurdles to clear are high before even considering a clinical trial, says Paul Holtzheimer, M.D., principal researcher on a recent clinical trial for DBS in patients with treatment-resistant depression. Not only is DBS invasive, requiring brain surgery to implant electrodes, but it is difficult to ensure that the electrodes are placed where you need them to be to show an effect.

“When it comes to putting in the electrodes, you need to be very precise about where they are and what regions they are targeting. And, especially when it comes to neuropsychiatric disorders, the neuroanatomical models we use to hypothesize which brain targets to use are much less developed than the ones in neurology,” he says. “While we have some great hypotheses regarding turning down activation in the nucleus accumbens for addiction disorders or turning up the amygdala for memory problems, the detail of where, why, and how just aren’t there to the same degree as we see in neurology. That makes it difficult to develop a viable treatment.”

Inman and Willie agree, and say there is still quite a bit of work to be done before this particular method is ready for regular use in patients. They are currently using the same technique to see whether amygdala stimulation also improves recall, as well as other forms of memory. Yet, even if they are unable to turn this particular method into a viable treatment, Inman thinks the technique offers scientists new avenues to better understand those details regarding memory and the brain that are currently missing from the neuropsychiatric models.

“This stimulation didn’t evoke any kind of emotional response in our patients. That suggests we dissociated the amygdala’s role in emotion from its role in memory consolidation, that it might have a role to help the brain tag particular things to remember even when emotion isn’t involved,” says Inman. “We still have a lot to figure out scientifically, what mechanisms are in play here, but there are some hints that it may have promise as a therapy for various memory disorders if we can optimize the stimulation. But the key here is we still have a lot to figure out before we can pursue it as a way of helping people with memory impairments.”