Back to Parent Page
HomeArticles#WSF19: Can We Cure Deafness and Blindness? 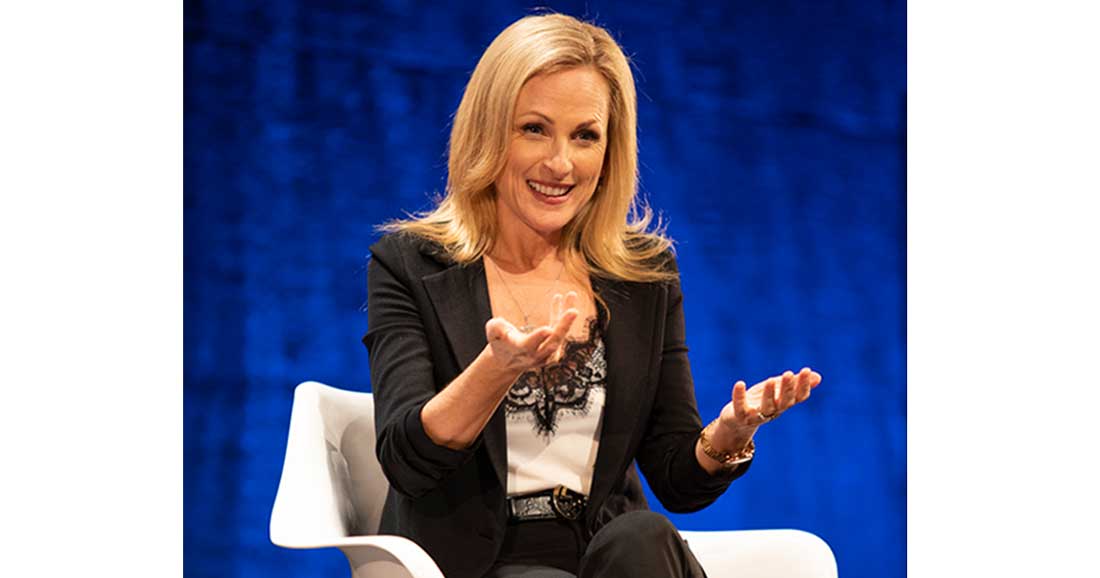 When Marlee Matlin won an Academy Award for “Best Actress” in 1987 at age 21, it was groundbreaking for a few reasons. Not only was it her first role in a movie, but Matlin was (and still is) the youngest nominee to receive an Oscar in the Best Actress category. She also made Hollywood history that year for being the first deaf person to ever receive the award, which set her on a path of activism and advocacy for the deaf community for years to come. Fast forwarding to this year’s World Science Festival, Matlin remains an active member of the community and was prominently featured on a panel that examined recent advances in eliminating deafness and blindness, and the way society labels and treats people who are hard of hearing or blind.

The festival’s final program, held at the New-York Historical Society, was moderated by former broadcast journalist Emily Senay. Matlin was joined on stage by biophysicist Jim Hudspeth, neuroscientist E.J. Chichilnisky, and perceptual navigation specialist Daniel Kish, who lost his eyes to retinal cancer at 13-months-old. The speakers talked about cutting-edge research and how scientific advances can sometimes be unexpectedly controversial.

Hudspeth, a member of the Dana Alliance for Brain Initiatives, is at the forefront of understanding hearing loss and the science of trying to regain it. He kicked off the dialogue with the following video from the National Institutes of Health to explain how soundwaves travel through the mechanisms within our ears to eventually reach our brains.

There are five principle causes of hearing loss, he said. The first is genetic—approximately one out of every thousand children are born deaf or becomes deaf soon thereafter. The second cause is infection, such as maternal rubella, meningitis, encephalitis, or any other disease that affects certain parts of the brain. The third is “legitimate drugs,” which Hudspeth defined as aminoglycosides, neomycin, and other antibiotics that are used for serious infections or cancer. The fourth cause is acoustic trauma, which is exposure to excessively loud sound (this can be self-inflicted or environmental). The last and largest category is called presbycusis, also known as age-related hearing loss. Being in a loud environment is constantly whittling away at the thousands of hair cells in our ears, which, sadly, are not replaced once they’re gone, he said.

For the many different ranges of hearing loss, there is preferred language from the deaf community, Matlin said (via her longtime interpreter and friend of 34 years, Jack Jason). Rather than being called “hearing-impaired”—which many in the deaf community view as offensive terminology—Matlin encouraged the audience to use “deaf” or “hard of hearing.” She went on to talk about the nuances behind people who refer to themselves as Deaf (the capital D represents American Deaf culture) as opposed to the lowercased deaf, which is associated with the medical description.

With breakthroughs in technology that promise to restore sight and hearing, there are also human consequences and ethical implications for those communities involved. Using American Sign Language (ASL) is a key part of the Deaf community, as it connects members to an alternative form of communication that doesn’t have to be verbal. Matlin became deaf at 18-months-old and began learning ASL at age five, she said. While ASL is very common amongst people who are deaf, many opt to receive cochlear implants—a device seen as a point of contention in the community.

Matlin explained that choosing cochlear implants over learning ASL is oftentimes seen as a way to make a person’s deafness more convenient for those who are hearing, rather than the other way around. “At the end of the day, when they take those implants off, they’re still deaf,” she said. “So that’s why we advocate for culture. Sign language is communication.” She acknowledged that the issue isn’t always black-and-white, with ASL being much easier to learn for those who lost their hearing at a young age or spent a majority of their lives deaf. Hudspeth agreed that ASL is key for communicating but stressed that the use of cochlear implants is mostly targeted for people who lose their hearing later in life. Matlin stressed the importance of choice when it comes to implants and other devices to restore some hearing.

The conversation shifted to the topic of vision, and whether recovery and restoration of sight is viewed similarly in the blind community. Daniel Kish agreed that science should continue moving forward while allowing individuals the personal choice of whether or not they want to use devices to restore their sight or sound. “If we restore hearing or vision, we’re still left with significant holes in human consciousness,” he said. “If you ask many blind people, they will tell you that the hardest part about blindness is not the physical limitations—it is about the social barriers that are imposed by society.”

Although he lost his vision at a young age, Kish is an example of someone who did not let those barriers limit him in any capacity. He adapted by using echolocation—a method commonly associated with bats and dolphins—to locate objects around him by clicking his tongue on the roof of his mouth and using the echoes to navigate his environment. He is the first blind person to achieve both national certifications in Orientation and Mobility and teaches people around the world how to rewire their brains to see with sound.

Matlin and Kish agreed that the pioneering technologies being developed by researchers such as Hudspeth or Chichilnisky can change lives for the better. They are advocates for personal choice, and, most importantly, their work aims to break down social stigmas around living with blindness or deafness.