Back to Parent Page
HomeArticles#WSF18: What Causes Extremism in the Brain? 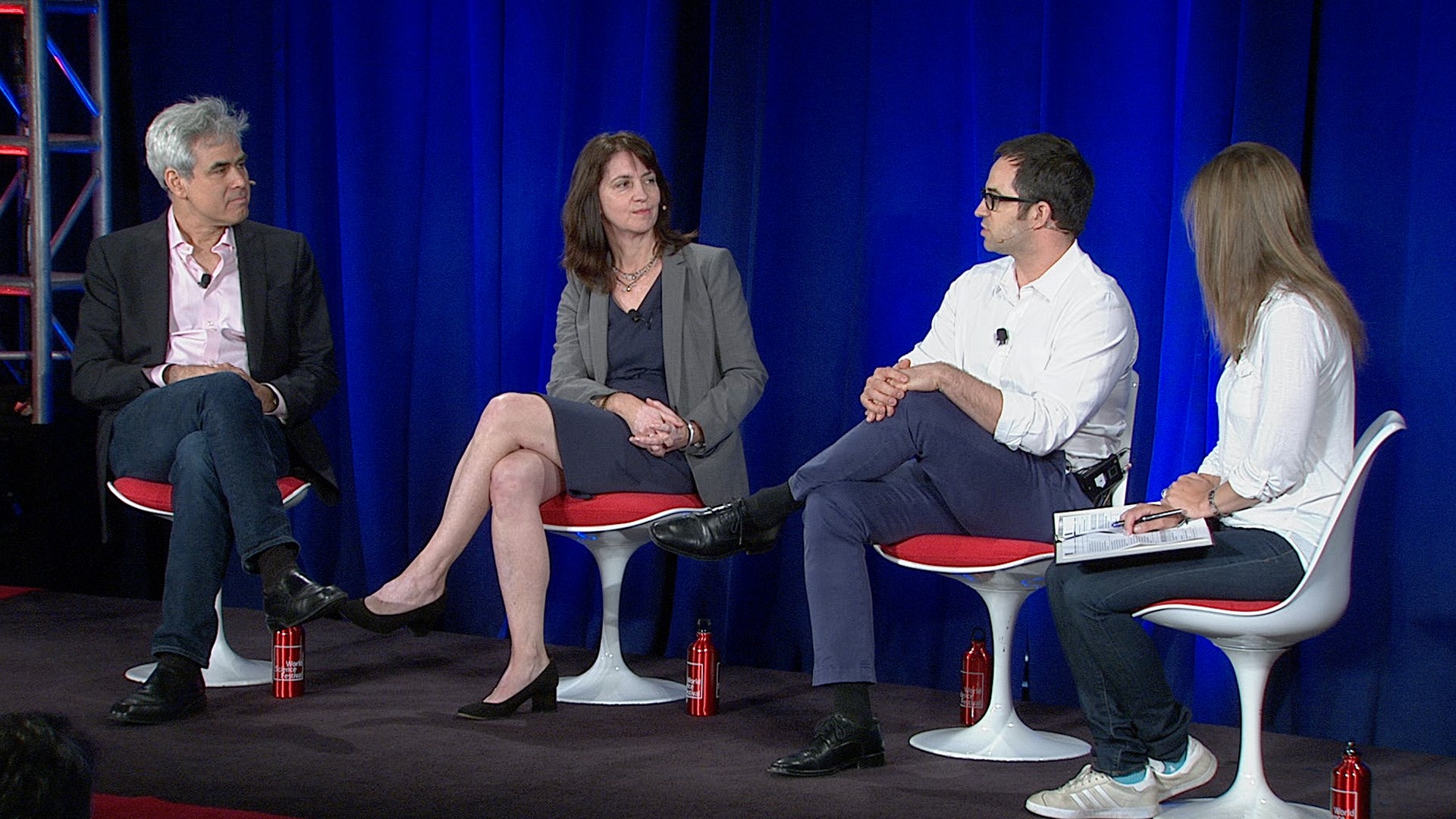 Why did the World Science Festival organize a talk about the roots of extremism as part of this year’s celebration? Moderator Maria Konnikova explained that, under the current US administration, it is very hard to escape political discussion. With extreme views on both sides, the question of whether we are becoming a more extreme society is something on everyone’s mind.

Where does extremism come from and are we becoming more extreme? Three psychologists and neuroscientists tried to answer these questions and others at “The Roots of Extremism: The Fundamentalist in Your Brain,” a program on the final day of the World Science Festival in New York City. Jonathan Haidt, social psychologist at New York University’s Stern School of Business, Jay Van Bavel, associate professor of psychology & neural science at New York University, and Katherine Porterfield, clinical psychologist at the Bellevue/NYU program for Survivors of Torture, discussed extremism and fundamentalism, and how it relates to the brain.

Humans have evolved to favor tribalism, said Haidt. Wanting to be part of a group is something that most people prefer. Once a person is part of a group, they view “in-group” members more favorably than “out-group” members, said Van Bavel, whose research focuses on how group identities, moral values, and political beliefs shape the brain. Studies have found that, after assigning people randomly to a red or blue team, they view their “in-group” teammates more positively than the other group, even if there is no interaction or they’ve never met them. In his own research, he found differences in brain activation within minutes of sorting people into red and blue teams,  and found prioritization of the group over other types of social classifications, such as race, which provides “evidence that self-categorization can override automatic racial bias and that automatic evaluations shift between and within social contexts.

While “in-group” members are favored more positively, being part of a group also negatively affects the way we see “out-group” members. A study co-conducted by Van Bavel used pictures that morphed participants faces into similar looking dolls. Pictures with a higher percentage of human face and lower percentage of doll face were considered to have more “humaness.” The study found that “out-group members required more humanness than in-group members to be perceived as having minds.” In other words, people we see as “out-group” are less human to us.

Porterfield argued that attachment to groups is not the only reason people become extremists, especially when thinking about why extremism turns to violence. Citing her experiences working with young people involved in violent extremism, she believes traumatic experiences and lack of role models to teach respect for the rules of society often cause young people to turn to violence. “The miracle of the modern world is we developed processes,” said Haidt, because “our basic nature is prone to ‘the ends justify the means.’” People must be taught to respect these “processes,” or rules of society. Those who aren’t, or who have had traumatic experiences that cause “emotional dysregulation,” are more susceptible to violent extremist behavior, such as murder.

All panelists agreed that, while the internet can be an important tool, it may increase extremism. Social media can be especially damaging, because it often becomes an echo chamber. Van Bavel summarized a study he co-authored, which looked at half-a-million Tweets discussing political issues, such as same sex marriage and gun control. The study found that posts are shared more frequently if they express “moral emotion” through words like “anger,” “love,” and “hate.” While these words increased sharing, “moral-emotional language increased diffusion more strongly within liberal and conservative networks, and less between them,” the study said. In other words, the information was only being shared by people with similar political identities, or “in-group” people. Porterfield agreed, saying that the young people she works with often become radicalized through the internet. “They sit in their room and they have a constant feed of language that enhances their sense of grievance and that the failures that they have are related to a larger mission,” she said. They are alienated from the people who would help them seek alternate routes and it fuels their future actions, she continued.

The session revealed that there are many different sources that may contribute to extremist behavior, including our evolutionary bias towards groups and our childhood experiences. The panelists argued that the internet, especially social media, allows us to be part of an echo chamber filled with people who have similar opinions. While there is a lot of room for pessimism, Haidt said he remains optimistic because human beings have faced other challenges to their nature, such as the constant availability of high calorie foods (which challenges our nature to eat as much caloric food as possible to avoid starving), and are starting to overcome them. It is important to think about changes, such as regulation of news on sites like Facebook and new ways to interact with online content, to combat the issues with 24/7 connection to others through the internet.