Back to Parent Page
HomeArticlesWhy is Exercise Good for the Brain? 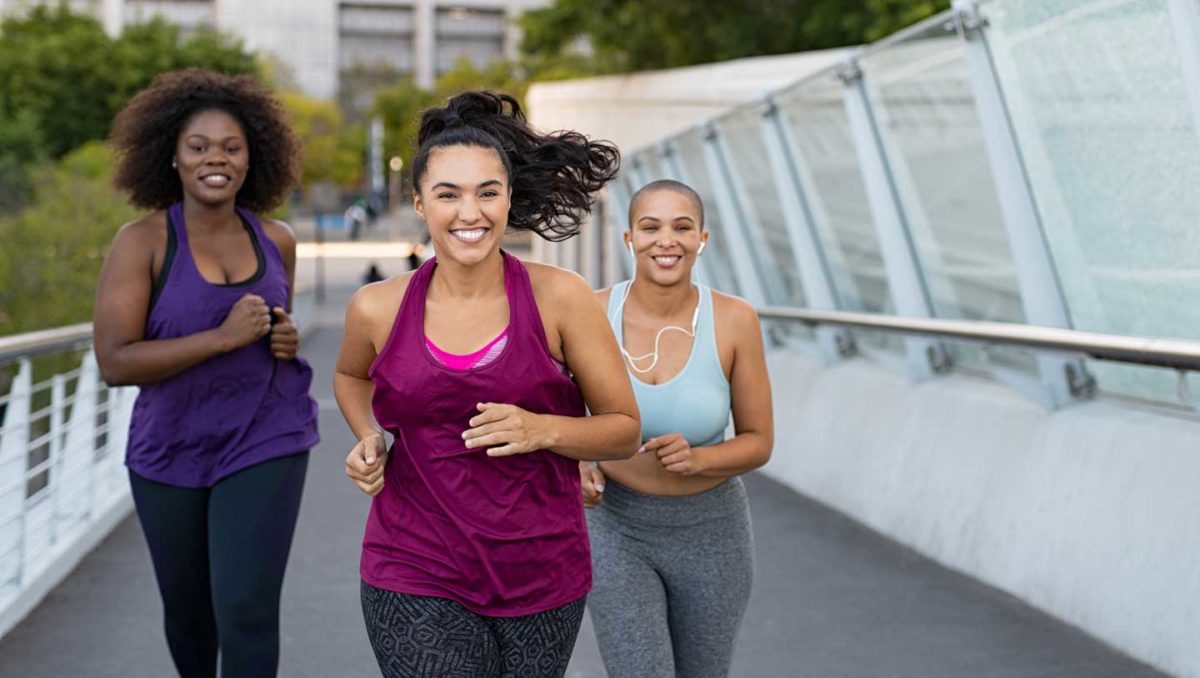 Exercise is good for the brain. Considerable research supports a robust positive effect on depression, in some studies comparable to medication. A growing literature links physical activity to improved cognitive function, especially aspects of memory. Evidence is more equivocal, but still imposing, that it can reduce risk and slow progression of Parkinson’s and Alzheimer’s diseases.

One study, just published in JAMA Neurology, found that physical activity was associated with a reduction in the effect of Alzheimer’s pathology on cognitive decline—patients had the hallmark plaques and tangles of the disease in their brains, but their mental functions did not seem as affected as it was in those who did not exercise. The connection is a striking instance of an intimate relationship—all too often overlooked—between the brain and the rest of the body.

“This is a very important lesson,” says Dana Alliance member Bruce McEwen, Alfred E. Mirsky Professor at Rockefeller University. “Neuroscientists tend to think the body isn’t that important, except maybe as a source of cortisol; people in internal medicine think that the only important brain areas are the hypothalamus and pituitary, and nothing above that has any relevance.”

Just what does exercise do to the brain? For the most part, research into this tantalizing question has explored cellular and molecular pathways, says Kirk Erickson, professor of psychology at University of Pittsburgh. “Today’s scientific culture leads us to believe that ‘mechanism’ means foundational biology.”

Spotlight on the Hippocampus

Although other parts of the brain also respond to exercise, the hippocampus has received particular attention. This structure is involved in several functions where exercise benefits are well-documented. It regulates mood: it shrinks when a person is depressed and regains size with successful antidepressant treatment.  Memory depends on the hippocampus. And it is one of the first areas affected by Alzheimer’s.

“The hippocampus is to me the poster child of how physical activity can affect the brain,” says McEwen. “It is one area where new neurons can grow—adult neurogenesis—“and our research has shown other forms of plasticity—growth of dendrites, astrocyte proliferation—as well.” Studies of animals have shown that exercise stimulates neurogenesis, and studies of humans have shown an increase in hippocampal volume, he says.

No single molecular pathway has been identified to underlie these effects, McEwen says, but the mechanism includes BDNF and compounds derived from muscle and bone. Insulin dependent growth factor (IGF-1), from the liver, is apparently essential.

McEwen was an author of a recent study that explored the place of the hormone leptin in exercise-related neurogenesis and improvements in memory. The researchers found that, in an animal model, even mild exercise upregulated transcription factors and a gene that expresses leptin in the hippocampus, and boosted levels of the hormone itself. These changes were accompanied by enhanced hippocampal neurogenesis and improved spatial memory.

In mice that were genetically modified to lack leptin, exercise failed to have these effects; when researchers gave the mice leptin, either into the bloodstream or directly to the hippocampus, the effects were restored. “This suggests that leptin, if not absolutely obligatory, has an important role,” McEwen says, “and that an external source can substitute for the internal source [of the hormone].”

The researchers also looked at the interaction of an antioxidant—astaxanthin—with exercise. The antioxidant alone has been shown to enhance the effect of exercise on neurogenesis and memory. In new work, the researchers found that the compound further elevated the expression of leptin evoked by exercise. The two interventions worked synergistically: in cellular and cognitive terms, that is, their combination had a greater effect than the separate effects added together.

The interaction of exercise with an antioxidant, via leptin, “is in some ways the most important part of the study,” McEwen says. “Whatever is going on with cognitive decline and dementia involves a cascade of inflammation in which free radicals are key elements.”

These findings might influence the advice doctors give to patients about improving brain function, McEwen says. “Probably the most important lesson is that you don’t have to go to extremes…. the human equivalent of ‘mild exercise’ [in this study] would be walking,” he says. “In another study, walking for an hour a day, five days a week is all it took to enlarge the hippocampus and improve spatial memory. Almost any amount of physical activity is better than none.”

While hippocampal neurogenesis is apparently one of the brain benefits of exercise, it’s not the whole story, says Kirk Erickson. “It would be naïve of us to search for just one primary molecular pathway,” The underlying processes here “could be different from those influencing the prefrontal cortex, and the pathway affecting episodic memory different from working memory.”

Researchers seeking clues to the brain-exercise connection are also drawn to a process in the metabolism of the amino acid tryptophan: the kynurenine pathway (KP). Kynurenine and its metabolites first aroused neuroscientists’ attention because tryptophan is precursor of serotonin, a neurotransmitter central to mood regulation and depression.

This was something of a false lead, according to 2017 review paper; in fact, the KP influences a number of neurotransmitter systems, and appears to be involved in psychiatric disorders that include schizophrenia as well as depression. And its importance has deep evolutionary roots. “Scientists have looked at ‘lower’ organisms like fruit flies and C. elegans, and it turns out [a metabolite of kynurenine] affects cognition in the same direction as in our brains,” says Robert Schwarcz, professor of psychiatry at University of Maryland. an author of the review paper.

Kynurenine’s place in depression remains an area of particular interest, however. “There has been a steady increase in papers,” Schwarcz says. “At this point, a number of clinical departments of psychiatry worldwide are looking at it.”

The exercise connection comes from the fact that kynurenine metabolism has two branches. One leads primarily to quinolinic acid and 3-hydroxykynurenine, and has been described as “neurotoxic” because these products can cross the blood-brain barrier and appear to push the balance of neurotransmitters toward excitotoxicity (a process in which excessive stimulation kills or damages nerve cells). The other branch, which generates kynurenic acid, is considered “neuroprotective” because it reduces production of these harmful molecules.

The same studies suggested a link between depression and the KP. The authors showed that chronic mild stress, which induces depression-like symptoms in rodents, shifts kynurenine metabolism to the neurotoxic branch.

Later experimental work suggested that aerobic endurance exercise increases muscle-generated levels of KAT—and the “neuroprotective” kynurenic acid—similarly in humans. These findings “can have implications for exercise recommendations for patients with depressive disorder,” the authors wrote.

Kynurenine metabolism provides “the potential link between skeletal muscle and mental health,” says David Allison of McMaster University, Hamilton, Ontario. He led a recent study to explore the process in an especially vulnerable group: older individuals. “We know as people age, there is muscle deterioration and a reduction in transcription factors, which can make them more at risk for a neurotoxic shift in this pathway.”

Animal research indeed suggests a loss in muscle’s ability to produce KAT in response to exercise. “If this occurs in humans as well, they might lose the mood-enhancing benefits of exercise,” says Allison.

In his study, participants aged 65 and older who participated in an exercise program showed an increase in expression of the KAT gene in muscle, and in the KAT protein itself, after a workout, suggesting that “exercise is something to encourage in older adults,” Allison says. (Clinical research, in fact, shows that moderate exercise can be as effective as antidepressant drugs in later life.)

Schwarcz urged caution in interpreting this line of research. In a recent commentary, he and coauthors called the 2014 paper that proposed the exercise-kynurenine-depression link “a notable milestone in psychiatric research.” But he stressed the complexity of the kynurenine pathway and the uncertain effects of the metabolites involved. “Far too little is known about interactions between various pathways…it’s something that needs exploration.”

Taking a broader view of the brain-exercise connection, Erickson stressed the need to keep other levels of analysis, such as brain function and structure and behavior, in mind. “These are not mutually exclusive,” he says. “If we find that sleep mediates the pathway by which cognitive changes occur, it doesn’t mean cellular and molecular changes aren’t involved.

“To add to the complexity, how exercise influences brain development in childhood might be very different from how it affects the brain of someone with dementia. If we think of the brain as a uniform organ and exercise as a uniform behavior, we miss a lot.”