Back to Parent Page
HomeArticlesWhat is Enough? Sensory Experience and Brain Development 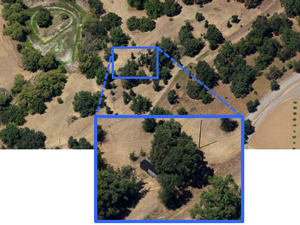 One of the most remarkable features of the mammalian brain is its neuroplasticity, the ability of its nervous system to reorganize and rewire in response to changes in the environment. This plasticity has implications for how the brain develops across the lifespan, most notably in early childhood and adolescence, when the brain uses the environment to guide and shape circuits and synaptic connections during particular developmental windows or sensitive periods (See “Early Life Experience, Critical Periods, and Brain Development“).

One of the field’s biggest questions has been to understand what aspects of human experience are necessary to result in optimal wiring—the kind of connections that will help children not only survive but thrive once they reach adulthood.

“A critical question in neuroscience is how brain circuitry may be influenced by sensory experiences,” says Gina Turrigiano, a developmental neuroscientist at Brandeis University. “It seems like gross wiring in the brain is determined to a great extent by our genes and is quite similar across individuals. But if you look at the fine details in the connections of the circuit, the fine-tuning so to speak, you’ll see a lot of differences between individuals, and much of that is determined by one’s experiences.”

This is not a new question, of course.  Renowned research psychologist Mark Rosenzweig looked at the effects of environment on the brain even back in the 1960s. But new technologies have taken the field further.  And, at Neuroscience 2016, the annual meeting of Society for Neuroscience held recently in San Diego, today’s researchers described what they are learning about how sensory experience can guide brain development, and why the type and amount of sensory input may matter greatly.

Leah Krubitzer, an evolutionary neurobiologist at University of California, Davis, studies how early sensory input helps to organize the neocortex, the outer part of the brain involved in perception, language, and higher cognitive processing.

“The neocortex is an area that is greatly expanded in humans. We want to understand how it’s organized functionally, how it is connected to other portions of the brain, and how early sensory experience may impact that,” she says. “We want to look at what happens if you radically change the ratio of incoming sensory input to the developing brain.”

To better understand what changes might occur, particularly in motor cortex, Krubitzer compared both the biology and behavior of young rats reared in a traditional laboratory enclosure to those raised in a semi-natural outdoor pen. The outdoor pens were three thousand times larger than typical rat cages—and offered a more diverse and variable environment including more room to run and climb, unpredictable sounds and scents, variable temperatures, and the ability to forage for native plants and insects. When the researchers compared the brains of the rats, they found remarkable differences in the animals’ basic developmental trajectory and in cortical mapping. Rats raised in the outdoor environment had more of their motor networks devoted to trunk, tail, and hind limb control—things that are required for climbing—while animals raised indoors had motor maps that represented more forelimb movement. The animals raised in the more wild-type environment also had upregulation (increased responsiveness) of genes that are important to synaptic plasticity.

“We also see huge differences in development in our laboratory reared animals versus our field pen animals on a variety of measures,” she says. “What we see is that the brain is changing and doing so through these sensory-driven mechanisms. So you can’t just pull out genes or environment. The two are intertwined—and the two together is what generates individual differences within a population and allows cultural evolution to impact our biological evolution.”

More stimulation proved to have some benefit in Krubitzer’s study. But another question plaguing neuroscientists, especially in the age of smartphones, high-definition televisions, and other high-stimulation electronics, is what amount of stimulation is optimal for development? What happens if there is too much sensory stimulation? Jan-Marino Ramirez, a neuroscientist at the Seattle Children’s Research Institute, says it’s a question that both scientists and parents would like answered.

“You see teenagers today and they are trying to do their homework with their computer here, the television here, and texts coming in from here. The movies today are much more fast-paced. They have so much stimulation. So the question is what might be happening to the brain with all this stimulation?” he says. “We haven’t studied it systematically. But we know there is a rise of disorders like attention deficit hyperactivity disorder (ADHD) and it’s possible the two are related.”

Ramirez and colleagues exposed juvenile mice to excessive visual and auditory stimulation—to the point where it seemed like a “normal” environment to them. The group found that overstimulated mice were more hyperactive, more susceptible to cocaine addiction, and showed decreased performance on cognitive tasks compared with mice kept in a standard lab setting. The super-stimulated mice also had increased synaptic excitation in the prefrontal cortex and nucleus accumbens, as well as increased neurogenesis in the hippocampus. What’s more, these effects were only seen in juvenile mice. Adults who were exposed to this overstimulation did not show the same kinds of alterations.

“These changes suggest that this kind of overstimulation results in a brain that develops to be much more excited at baseline level,” he says. “So you need much more sensory stimulation to pay attention and focus. This suggests that, while it’s clear an enriched environment is beneficial, excessive sensory stimulation can be detrimental, as seen through behavior changes and dramatic changes to the neurocircuitry.”

While Ramirez says that he does suggest that parents should be more vigilant about screen time for kids in light of his results, other developmental researchers say that we still have much to learn. Krubitzer says it is possible that some of these changes are adaptive—they may confer benefits to help today’s children better handle the environment they find themselves in. We need to do more research to better understand how sensory information influences brain development, at the population and individual levels, before we debate the pros and cons.

“Anatomically modern humans have been around for nearly 200,000 years. But if you look at the source of behaviors that have occurred over that time, they’ve changed a lot. Sixty thousand years ago, we’re using sophisticated stones and blades as tools. Today, we’re using mobile phones and regularly interacting with machines,” says Krubitzer. “The human neocortex is basically recreating itself over successive generations” to respond to its current environment.

Turrigiano says that much of what we are learning will help us better understand individual differences within a population, including why some children may be more susceptible to disorders like ADHD or anxiety.

“We are learning that individual brains can actually respond very differently to the same kind of situation. A lot of neurodevelopmental studies have focused on rodents that are very similar genetically and are raised in a constrained laboratory environment,” she says. “It’s becoming clear that we need to do more studies where we can look at populations with genetic variation and more realistic environments to better understand not only normal development but these individual differences. We’re certainly not in a position to give parents advice about when they should give their kids a cellular phone. But we can make parents aware of the fact that different kids may respond very differently to the same kinds of environments.”