Back to Parent Page
HomeArticlesWhat Does it Mean When What Looks Like Alzheimer’s Isn’t Alzheimer’s? 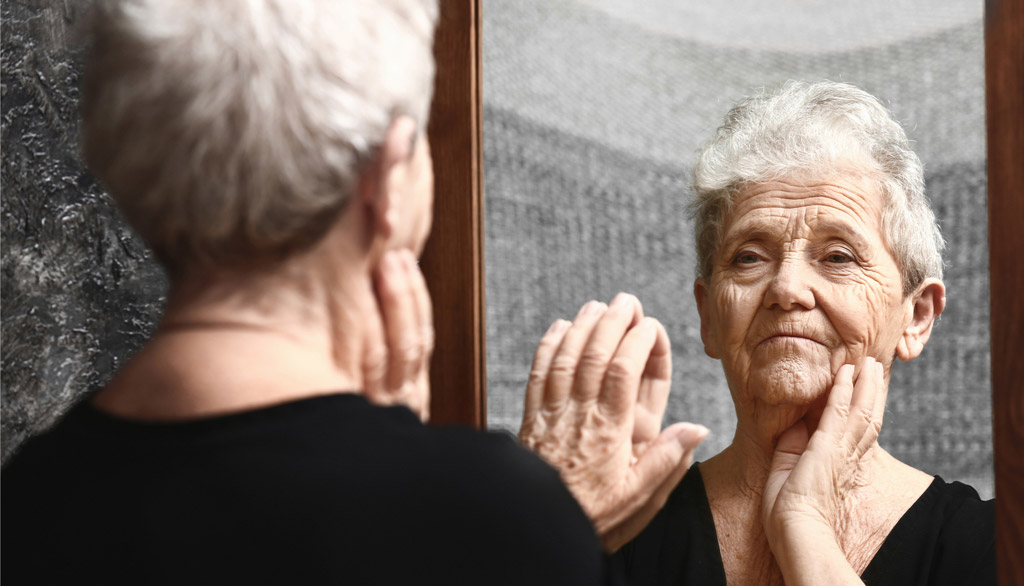 For a definitive Alzheimer’s diagnosis, doctors still need to see the neuropathological changes – neurofibrillary tau tangles and beta-amyloid plaques – in the brains of patients after biopsy or autopsy. But in recent years, one pathology finding has left doctors and researchers puzzled: The brains of some patients who had clearly had dementia, and showed the symptoms associated with Alzheimer’s disease, were clear of the tell-tale signs of the disease. Instead of tangles and amyloid plaques, jumbled messes of another protein, TDP-43, crowded their brains. In a consensus paper published in spring 2019, a group of researchers named this phenomenon limbic-predominant age-related TDP-43 encephalopathy (LATE), describing it as a distinct disease that mimics some features of Alzheimer’s.

What does it mean when what looks like Alzheimer’s isn’t, in fact, Alzheimer’s?

“This paper is part of an evolving appreciation of the complexities that underlie dementia,” says Peter Nelson, professor at the Sanders-Brown Center on Aging at the University of Kentucky and first author of the consensus paper.

Nelson is quick to point out that LATE is not a new illness. “People have been noticing manifestations of what is now called LATE all around the world. It is a very conspicuous finding that many very old people became demented without having a lot of Alzheimer’s pathology. LATE clearly has been there for a long time, but this is now the first time that people have come together to discuss it.”

The “culprit” of LATE is mentioned in its name: TDP-43 (transactive response DNA binding protein of 43 kDa). This protein normally regulates gene expression, both in the brain and in other tissues. Prior studies have shown that misfolded TDP-43 proteins cause most cases of amyotrophic lateral sclerosis (ALS), also known as Lou Gehrig’s disease, and frontotemporal lobar degeneration (FLD), a form of dementia. These are rare diseases, which are estimated to together affect fewer than 100,000 people in the US.

LATE, on the other hand, appears to be far more common. The consensus group estimates that about one-fifth of patients over 80 years old with clinically diagnosed Alzheimer’s disease may actually have LATE, with enough misfolded TDP-43 in their brains to cause memory loss or changes in their ability to think. “Frontotemporal lobar degeneration and ALS are horrible diseases, but they are 100-fold less common than LATE,” says Nelson.

In patients with LATE, TDP-43 is no longer found in the cell’s nucleus, where DNA is stored and turned into RNA. Instead, TDP-43 accumulates in the cell bodies, and also in the long neurites of neurons, glia and astrocytes. “It is like protein rubbish in the brain,” says Nelson. In the guidelines the consensus group defined, the regions of the brain in which TDP-43 protein rubbish is found is used to mark stages of the disease: in stage 1, this protein abnormality affects the amygdala only; stage 2, the amygdala and the hippocampus; stage 3, the middle frontal gyrus as well.

Another way to distinguish LATE from the other diseases associated with changes in TDP-43 is the age of onset. While ALS and FLD affect mainly younger people, most people with LATE are more than 80 years old. A patient with LATE shows many of the same symptoms as a one with Alzheimer’s disease: episodic memory wanes early, other cognitive impairments follow later, ultimately affecting daily life. Memory may, however, decline more gradually and less severely in patients with LATE than in patients with Alzheimer’s.

Importantly, misfolded TDP-43 on its own, without tau tangles or amyloid plaques, is found in the brains of many patients with LATE and may be responsible for their symptoms. In some patients, LATE and Alzheimer’s occur together, meaning that their brains contain all three hallmarks of disease: tau tangles, abundant amyloid plaques, and TDP-43 proteinopathy. In these patients, memory declines more rapidly than if they had either Alzheimer’s or LATE alone.

The consensus guidelines give a common name to what was known before under a range of terms. This is the main point of criticism raised by Keith Josephs, professor of neurology and neuroscience and consultant at the Mayo Clinic. Josephs, not an author of the consensus paper, was the first to describe that changes in TDP-43 modify the clinical presentation of patients with Alzheimer’s disease. “This review does not add to the science of TDP-43, which is why it was published as a review. It does not describe a new disease; it gives it a new name and re-badges the science. Unfortunately, this has been misinterpreted as being a new disease.”

However, this re-naming is not in itself a bad thing, Josephs adds. “Because of what it has done, it will allow the field to flourish. Government agencies and the public have heard of LATE, and hopefully there will be more money for research on it. And it will help in trials because people will be more aware that what is called LATE now is not silent. Better recognition will help and allow changes to how we approach treatment and design clinical trials.”

The key goal of the consensus was indeed to stimulate more research on an under-recognized condition, says Nelson. “This disease is very impactful and very important, but it is just completely underappreciated and understudied. There is a huge knowledge gap between Alzheimer’s disease and LATE. We hope that this paper will incentivize people to fill this knowledge gap.”

What Does it Mean for Dementia Research?

For Nelson, the problem is that Alzheimer’s is a syndrome. “It rarely works to find a drug that works for a syndrome. If you were trying to have a drug that works for shortness of breath, you need to be really able to understand which person has asthma, which person has pneumonia and which one has something else, so that you can have a sensible way of targeting the therapy to the condition. I’m certain that we were treating people for Alzheimer’s who didn’t have Alzheimer’s. And treatment failure didn’t actually mean that we were failing in our Alzheimer’s treatment, we were just failing for dementia treatment.”

The consensus guidelines recommend sorting patients according to risk factors before starting new trials that attempt to modify Alzheimer’s disease. This should help to have more patients with actual Alzheimer’s disease, rather than patients with LATE, in the trial. Also, conducting studies on large numbers of patients, rather than small groups, is recommended to guard against strong confounding effects.

One of the stumbling blocks on the way to developing a treatment for LATE itself is that researchers, so far, do not have a biomarker to identify patients with LATE. Specific changes that are seen when imaging the brain, or in the biofluids, could not only help with diagnosis but also with finding targets for treatment, as the best way to treat LATE is not yet known.

Ultimately, treatment for dementia should become as targeted and personalized as cancer therapy is evolving to be, Nelson says. “Personalized treatment that targets the underlying pathology is the only hope for success. We have to grapple with the complexity of dementia. If we decide that it is one size fits all, one silver bullet for everything, I think we are unlikely to succeed.” With the cautious caveat: “But this is a hypothesis. We don’t know.”