Back to Parent Page
HomeCerebrumUnlocking the Mystery of Brain Injury 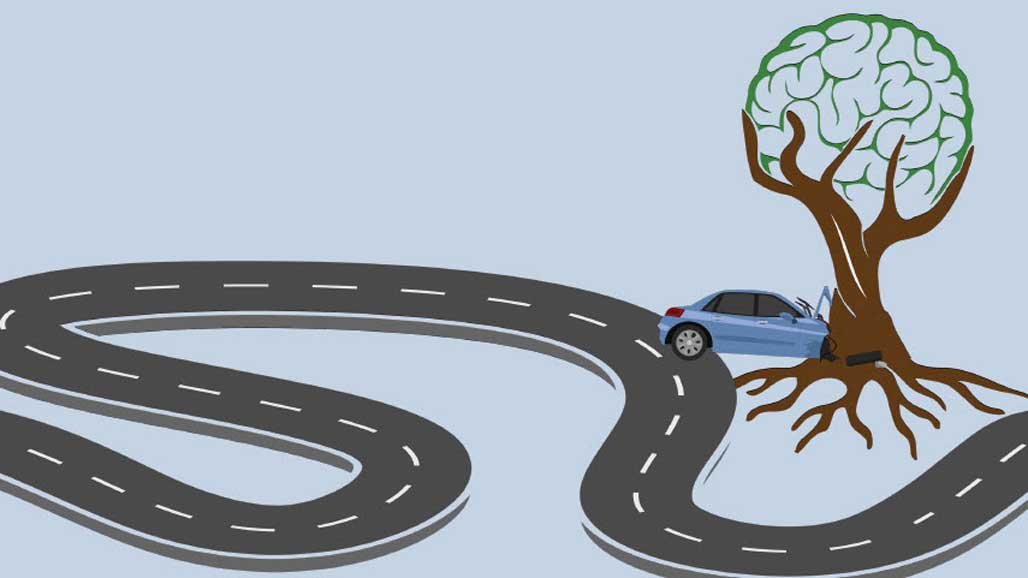 Charles was age 23 when he walked into my clinic looking for answers. It was a year after a terrible car accident on an icy winter night during his final year in graduate school. His vehicle had slid off the road, hit a tree, and left him trapped and alone. Charles was awake but confused when firefighters extracted him from the vehicle, and he was still somewhat disoriented in the small rural hospital emergency department (ED).

Immediately following the accident, a computerized tomography (CT) scan of his head “ruled out significant injury.” Charles, who was observed until morning, complained of a headache, fatigue, and blurry vision but was alert and oriented. The ED physician told Charles he had sustained a concussion during the crash, would “recover over time,” and should follow up with his personal physician “if needed.”

Charles checked in with his doctor the next week, who ordered a magnetic resonance imaging (MRI) scan, “to confirm that there was no injury to the brain that would have been missed by the CT scan.” Although neither the MRI nor the doctor’s examination revealed any abnormality, Charles was not at all back to himself. His symptoms had worsened following the crash and now interfered greatly with his day-to-day functioning.

Charles was on a leave of absence from graduate school when I confirmed signs of his traumatic brain injury (TBI) by employing advanced MRI techniques that detected pathology to which prior testing was essentially blind. Charles would not complete his graduate degree. He ultimately came to understand his post-TBI “new normal” and, with much support and guidance, forged a new path that leveraged his strengths and minimized disruptions caused by his new limitations.

“TBI” conjures images of bloody and bruised brain tissue. This is the significant injury the ED physician ruled out in Charles. Concussion, on the other hand, is defined by the absence of visible signs of brain injury on CT. Millions of Americans experience concussion each year. Also termed mild TBI (mTBI), concussion is diagnosed based on symptoms of altered brain function following an impact or a jarring force to the head, in the absence of visible injury on CT.

The good news is that the vast majority of concussions produce only transient symptoms, followed by full recovery of function. But, in a miserable minority of concussion patients, perhaps 15-25 percent, symptoms persist for longer periods and may never fully remit. “Mild” in the case of mTBI/concussion refers to the relative severity and duration of acute symptoms, such as unconsciousness and confusion, and absence of CT signs of brain injury. mTBI does not preclude lasting difficulties due to the injury. However, persistent disabling brain dysfunction after concussion, as in Charles’s case, does present a major conundrum for patients and caregivers. They know something is wrong, but testing repeatedly shows their brains to appear normal.

As a medical student, I learned concussion was a functional disturbance and did not arise from a physical brain injury. Moreover, concussion always resolved completely and in short order. We now understand that concussion symptoms do arise from a physical injury, though it occurs at the level of brain cells to which tests such as CT and MRI are essentially blind due to their limited resolution. We now understand to brain injury as a process, not an event—like a fracture, which occurs at an instant—in time.

Trauma incites a cellular and molecular cascade, which, proceeding unchecked, will lead to permanent injury to the axons that form the network infrastructure of the brain. On the other hand, injury might be minimized, and function thereby normalized, with early termination of the injury cascade. The difference between two individuals who experience a similar head injury but sustain divergent outcomes—transient concussion in one and enduring, life-altering brain injury in the other—seems to lie in the persistence of the injury cascade. Emerging evidence implicates factors such as genes and biological sex in the divergence of outcomes among individuals who experience similar head injuries.

A decade ago, at a medical conference, a Veteran’s Affairs physician stood up after I had presented research findings on the detection of brain injury and, with passion, recounted the desperate “need to know” of countless combat veterans who repeatedly heard that their brain appeared normal on MRI scans. Yet, they and their families knew they had been changed by their injury.

My laboratory has focused for nearly two decades on the disconnect between symptomatic brain dysfunction and the failure of diagnostic testing to detect the underlying brain injury. Our work has advanced MRI methods that detect microscopic injury in the living human brain and provide insight into mechanisms of persistent brain dysfunction. We are hopeful these insights will seed novel approaches to directly treat the evolving injury cascade and improve outcomes for patients like Charles.

This article first appeared in the Winter 2022 issue of our Cerebrum magazine. Click the cover for the full e-magazine.