Back to Parent Page
HomeArticlesTwo Addiction Stories at the Rubin 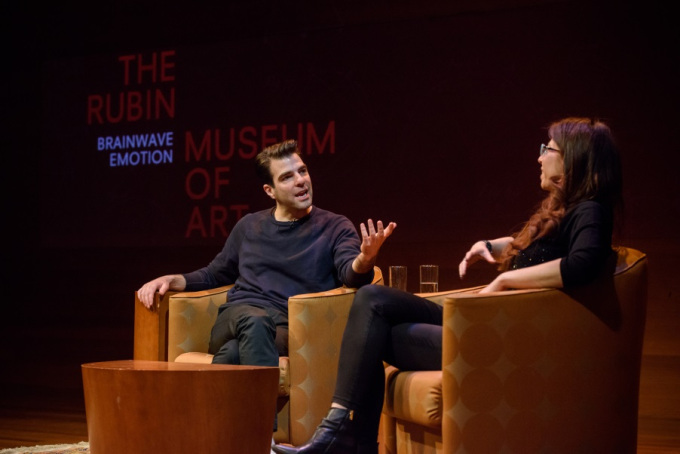 Addiction, at its most ravenous, wreaks devastation in the brain when searching for dopamine, a chemical that plays a role in reward-motivated behavior.  For some, this means expulsion from several schools, unraveling relationships with family and friends, and struggling amidst homelessness. After ten years of insatiably chasing the next high, this series of events was the reality for a woman just beginning treatment for a substance abuse problem that began when she was a 13-year-old. In rehab, the revelation that addiction is a disease compelled her to consider the existence of a cure—one merely needed to search for it. This search proved to be the fuel in her becoming a behavioral neuroscientist studying the root causes of drug addiction.

The woman, now an accomplished scientist, is Judith Grisel, Ph.D., professor of psychology at Bucknell University and author of a new book, Never Enough: The Neuroscience and Experience of Addiction (Doubleday, 2019). Grisel shared her compelling story, that of her 25 years of research and as a current recovering addict, was part of the Rubin Museum’s Brainwave: Power series, a program featuring discussions between “neuroscientists and notable personalities.”

At “The Power of Addiction,” Grisel spoke candidly with actor Zachary Quinto, known for his role as Spock in the reboot of the Star Trek franchise and more recently on Broadway as Harold in Boys in the Band. The duo shared intimate details of their embroilments with addiction (Quinto is also a recovering addict) and what the healing process entailed for them.

Grisel explained that adolescence, a time when connections in the brain are forming, and structures are dynamic, is a critical period for brain development. Exposure to addictive behaviors and substances during this span increases the likelihood that they’ll develop into lifelong habits. Barely a teenager when she started drinking, Grisel speculates that using at such a young age explains her present-day internal monologue that still insists on an occasional drink. After a stressful day she might advise her husband that he (read: they) should enjoy a cocktail, effectively making him an accomplice. Even after Grisel’s 30 years of sobriety, the inexorable pull towards “using” remains.

Can these long-lasting effects be mitigated? She believes they can, but the recommendation is a bitter pill (given the context of our lives). Grisel explained that research suggests long-lasting effects are lessened if the quantities and patterns of exposure (think “binging”) to addictive behaviors and substances are minimal until age 25, a time in brain development when the “circuitry” is more static and the crucial development stage is in decline. For a population facing the readily available temptations that technology and modern-living bring, especially among youth, one can only ask if it’s achievable.

Quinto told a different tale. In his youth, he was relatively averse to the “pleasure seeking” qualities ascribed to teenagers. He recalls being more concerned with the straight and narrow, focusing on school and the refinement of his craft. It would not be until he achieved a “measure of success,” well into his 20’s, that he floundered in addiction. With success came partying, which translated to copious drinking and smoking marijuana daily. “I was so miserable,” Quinto said, describing a self-realization that the void or “existential hole” serving as the trigger to his habits would and could not be mollified by any amount or category of substance. That was his turning point. Similar to Grisel, Quinto would find strength and healing in the bonds created with others as part of a 12-step program.

“Addiction,” Grisel says, “at its core is a disease of alienation.” While psychoactive substance use is not unique to our time or species (Grisel remarks that birds, cats, and South American ants have been documented using substances), what is new, according to Grisel, is using drugs in isolation, shunning the tradition of the communal experience. It is this new facet of “solitary” addiction that could, in part, explain the success of programs featuring peer-sharing models, those that rely on the sharing of experiences and group support towards the path to recovery.

Grisel and Quinto, both who benefited from connecting with others, hope that what they found woven in the “fabric of community”—healing, strength, and wholeness—continues to be the antidote that will help others counter the epidemic of addiction.

The Rubin Museum, which is located in Manhattan, is a Brain Awareness Week partner and its longest-running program series, now in its 13th year, is all about power. Visit the Brainwave: Power schedule of events to buy tickets through May!