Back to Parent Page
HomeArticlesThe Science of Music: A Talk with Pascal Wallisch, Ph.D. 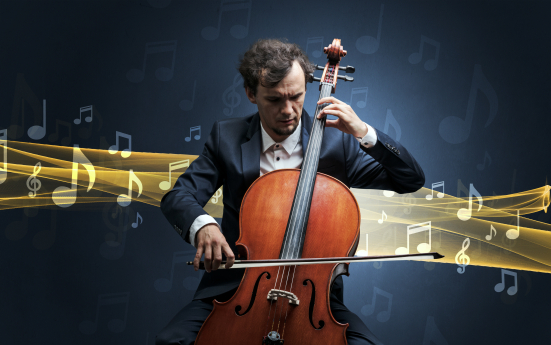 Why do humans listen to music? Why do we create it? And what does our taste in music say about us as individuals? These were some of the questions that Pascal Wallisch, Ph.D, set out to address in his talk at an event titled, The Science of Music. Hosted by Think & Drink NYC, this talk was part of an ongoing series organized by the cultural initiative to bring experts in their fields to local bars in hopes of stimulating the minds of bar-goers. Responding to thoughts regarding previous studies on music, Wallisch said, “To be honest with you, I don’t think we fully understand what music is.”

Wallisch, a clinical assistant professor of psychology at New York University, began his lecture by explaining that what differentiates music from sound in general is repetition. “If you ask people,” Wallisch said, “to judge when [a repeating sound] becomes music, there’s a certain repetition frequency in which a random environmental noise becomes music.” For example, as Wallisch explained, water droplets falling are just sounds, but at a certain point of repetition they would be considered musical. He continued by saying that while repetition over time is necessary for something to be considered music, it is not sufficient. “If rhythm is all that matters, then music would be palindromic,” he said, meaning that it would play the same backwards as forwards. Obviously, this is not the case for most, if not all, music.

The professor continued by asking the audience why they think humans make music. Two of the main answers were tribalism and as a kind of fitness display, akin to a peacock displaying its feathers. “If this is true,” Wallisch said, “then animals should make music.” Although birds do “sing,” he said, what they’re displaying does not qualify as music per the human definition.

Now fully establishing that humans are in fact the only species to create music—and that we are still not entirely sure why—Wallisch began to delve into what our music preferences may mean. The professor explained some of his issues with prior studies on this, including the fact that many relied on self-selection of music by participants, and then presented the study that he helped conduct.

The study consisted of 643 NYU undergraduates and utilized 260 songs from three different categories: popular, iconic, and obscure. Any given participant was exposed to 12 randomly selected songs in their entirety from any of the categories, as well as brief clips of those same songs and 38 clips from the remaining songs that were not initially selected (248). The clips were only five, ten, or 15 seconds long and were taken from the intro, chorus, and verse. There were also clips from a section that experts thought best represented each song.

The participants were asked how often they had heard the song before, how much they enjoyed it, and if they recognized the artist. It was determined that five seconds of a song sampled from any part of the song that isn’t the intro was enough to draw conclusions. Additionally, it only took three seconds for participants to determine whether or not they enjoyed the song, and that determination would not change for the participants if they continued to listen to the same song.

Wallisch also tested the idea of the “mere exposure effect,” which theorizes that listeners will end up liking something the more they are exposed to it. He said he personally disagrees with this theory and confirmed that his study did not find it to be true. “Music can be studied scientifically,” he said. “But it’s very hard.”

In the end, Wallisch’s study showed that certain types of music can indicate specific personality traits and characteristics, such as political ideology. The main conclusion was that music taste is incredibly specific to individuals. “What you like, is what you like,” said Wallisch. He explained that while music can be used to determine who a person is, who a person is cannot be used to determine what kind of music they like because that varies from individual to individual.

Want to learn more about music and the brain? Read our other posts on how music has the ability to dictate our emotions, and the important role music and the arts play in childrens’ development.