Back to Parent Page
HomeArticlesThe Frontlines of the Opioids Crisis 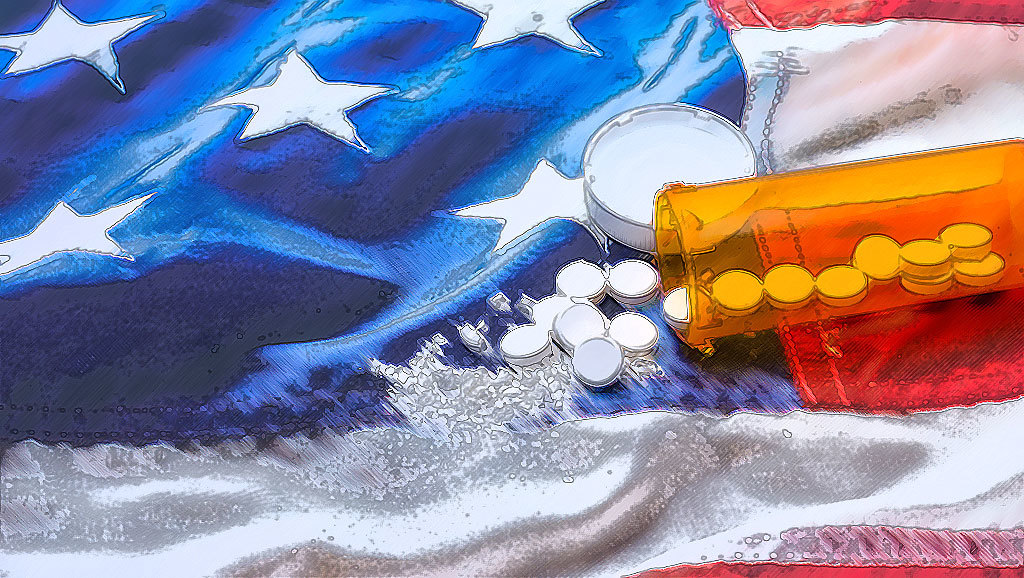 The nation’s opioids epidemic is not just a medical crisis, it is an ethical problem as well. That is the considered judgment of an expert committee appointed by the National Academies of Science, Engineering, and Medicine. Its authoritative report, issued on March 20, was prepared at the request of two federal agencies, the National Institute on Drug Abuse, which is part of the National Institutes of Health, and the Substance Abuse and Mental Health Services Administration.

The 14-member committee, headed by Alan Leshner, emeritus chief executive officer of the American Association for the Advancement of Science, was asked to review the evidence supporting the use of medications to treat “opioid use disorder,” a life-threatening condition caused by prolonged use of opioids, which afflicts more than two million people in the United States.

The most shocking finding of the panel is that about 80 percent of those two million people who needed medications in 2017 did not get them, amounting to 1.7 million people. The panel noted that three safe and highly effective medications have already been approved by the Food and Drug Administration (FDA) to treat opioid use disorder. The three are methadone, buprenorphine, and extended-release naltrexone. All three decrease craving and block the euphoric effects of taking opioids. Methadone and buprenorphine also alleviate withdrawal symptoms.

These medications make it less likely that people will return to drug use and risk a fatal overdose. They also help people restore their functionality, improve their quality of life, and reintegrate into their families and communities.

So why aren’t these proven medications used more? One reason is stigmatization rooted in the misconception that addiction is the result of a moral failing or lack of self-discipline rather than “a chronic brain disease that requires medical treatment.” Even some health professionals are unwilling to prescribe medications due to concerns about misuse and diversion and the mistaken belief that taking medication is “just substituting one drug for another.” There is a shortage of providers who are knowledgeable, confident, and willing to provide medication to patients.

Beyond that, stringent laws and regulations make it difficult for patients to get methadone and buprenorphine, whereas a fragmented health care system impedes access.

Given that treatment with FDA-approved medications is clearly effective in a broad range of care settings, the panel called it “unethical” to withhold treatment or deny social services to people suffering from opioid use disorder. It also noted that few people receive the medications while incarcerated or under the supervision of drug courts, which is arguably as unethical as withholding insulin or blood pressure medication would be, in the committee’s view.

The panel recommends a number of steps to get people the medications they need, including removal of the barriers that currently impede access, stronger education of health professionals to improve their understanding, research to develop new and better medications, find behavioral therapies to help achieve the best outcomes, and tailor treatments to individual patients. It calls for an “all hands-on deck” strategy that would involve the health care and criminal justice systems, patients, family members, and others to combat this multi-faceted problem.

The report came amid a flurry of lawsuits and papers that may shed additional light on whether drug companies fueled the epidemic by promoting overuse of opioids in a ravenous search for profits. In one case, Purdue Pharma and members of the Sackler family, which controls the company, reached a $270 million settlement with the state of Oklahoma to avoid going to trial. The money will finance a new addiction treatment and research center, buy medicines, and help local governments fight the epidemic.

The Sacklers have asserted their innocence and it will be up to the courts to decide their fate. Many academic, medical, and cultural institutions have benefitted hugely from Sackler contributions. Some have shunned future contributions, potentially leaving a gaping hole in their budgets.

The Sacklers are not the only targets of lawsuits. A jury in Boston found five former executives of Insys Therapeutics guilty of felonies in the sale and marketing of a mouth spray containing fentanyl. An opioid distributor, McKesson Corp., agreed to pay $37 million to West Virginia after funneling a huge amount of hydrocodone and oxycodone into the state between 2007 and 2012. It faces hundreds of similar suits around the country. And another distributor, Rochester Drug Cooperative, admitted in court papers that it had intentionally violated federal narcotic laws by shipping tens of millions of oxycodone pills and fentanyl products to pharmacies it knew were distributing drugs illegally. It paid a $20 million fine and agreed to five years of supervision. Its former chairman, whose “greed” drove the scheme according to prosecutors, pleaded not guilty. If convicted, he could be jailed for life.

In other developments, a paper published in Health Affairs on April 1 showed that the expansion of Medicaid allowed by the Affordable Care Act, a.k.a. Obamacare, led to a big increase in treatment for opioid addiction, suggesting that repeal of Obamacare as sought by the Trump administration would be disastrous.

Amidst this turmoil, there are some encouraging signs. The National Academy of Medicine and more than 100 other organizations have declared their commitment to reversing current trends in opioid misuse and overdose. And doctors have apparently halved their prescriptions of opioids over the past five years.

However, there may be some danger in cracking down too hard.

A recent simulation study by Stanford professors found that a severe crackdown might drive people to turn to heroin or fentanyl and actually cause more deaths for the next five years before the trend could be turned around in subsequent years. Experts from the Centers for Disease Control and Prevention published a paper in the New England Journal of Medicine on April 24 warning that some doctors have overreacted to the crisis and failed to provide adequate pain relief for chronically ill patients.

Meanwhile, the FDA, under fire from critics who claim the agency has done too little to contain the epidemic, has ramped up its efforts. It has identified new pain relief products in the regulatory pipeline that don’t rely on opioids; it plans to require the packaging of pills in small amounts, enabling use for a day or two following surgery but not for the long term; and it will require manufacturers to conduct studies of whether their products remain effective when used to treat chronic pain for prolonged periods.

President Trump told a conference in Atlanta on April 24 that he would provide more money for treatment, the Department of Health and Human Services said it will give four states more than $350 million to reduce opioid deaths by 40 percent over three years, and legislation to combat the epidemic inched forward in Congress, often incorporating ideas from the National Academies’ report described at the top of this column.