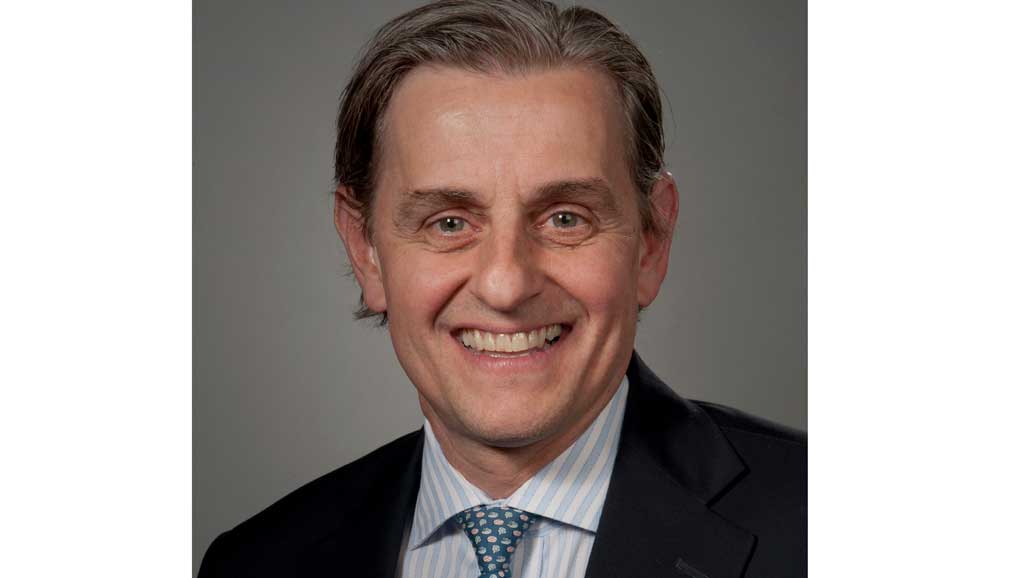 Kevin J. Tracey, who heads the Feinstein Institute for Medical Research at the North Shore-LIJ Health System in New York, is perhaps the best-known pioneer of “bioelectronic medicine.”This drug-free strategy aims to reduce inflammation, and potentially bring about other health benefits, by delivering electrical signals to nerves within the body.

Although Tracey had originally planned to be a neurosurgeon, he began doing research on inflammation in the late 1980s during his medical residency. In the mid-1990s he shifted his focus to the role of the nervous system in inflammation, and in a widely cited Nature paper in 2000, demonstrated the brain’s ability to reduce inflammation via the vagus nerves—a pair of nerve bundles that run from the brainstem to the abdomen.

With support from the Dana Foundation among others, Tracey and colleagues in recent years have begun testing vagus nerve stimulation devices for possible use in severe rheumatoid arthritis and other inflammatory conditions.

How does the vagus nerve modulate inflammation?

Kevin J. Tracey: The vagus is one of the major nerves that connects the brain to the organs of the body. It innervates the heart, the lungs, the pancreas, the spleen, the liver, and the intestine, among others. From these organs to the brain, it transmits sensory information about the presence of chemicals or changes in the body’s function. In the other direction, from the brain to the organs, it transmits signals to adjust the functions of those organs in response to that sensory information.

In the case of inflammation, the vagus nerve transmits signals to the spleen that affect spleen-resident immune cells. We hope eventually to use electronic devices to alter the activity of this circuit, to treat inflammation-related conditions such as rheumatoid arthritis without drugs.

Most reports in the literature describe stimulating the vagus nerve to quiet inflammation, but in some reports, cutting the nerve has an anti-inflammatory effect. How can that be?

There are about 80,000 individual nerve fibers in each vagus nerve bundle. One of the challenges we face is to identify which of those fibers turn inflammation on, and which turn it off.

For example, infections cause the release from cells of Interleukin-1 (IL-1), a pro-inflammatory cytokine. The vagus nerve senses the presence of IL-1, and transmits that signal to the brain, which in turn starts a cascade of responses that leads to a fever.

So cutting the vagus prevents the IL-1 signal from getting to the brain, and thus keeps the brain from turning on the fever response.

Right. But as another example, there are vagus nerve endings in the pancreas, and cutting those protects against pancreatic inflammation that can lead to diabetes. So there’s a case where the normal function of the nerve appears to be to stimulate inflammation.

The vagus is like a telephone cable that carries tens of thousands of phone calls. The interesting part is finding which phone call is within which little wire inside the cable.

Tell me about the device you’ve helped develop that stimulates the vagus, potentially treating rheumatoid arthritis.

I was a cofounder of a company called SetPoint Medical, and I’m now a consultant to that company. SetPoint has been developing technology based on this idea of targeting the vagus nerve pathways that turn off inflammation.

The current device they have in clinical trials is an off-the-shelf device (originally developed for epilepsy). It’s implanted surgically next to the vagus nerve in the neck. It can be removed later but the idea is to implant it once for life. And the device as it’s used today delivers electricity to the vagus in a way that hits a subset of the nerve fibers.

How often does it stimulate the nerve?

It delivers a current only a few times per day for a few minutes each. And what’s been striking is the clinical response. The company has publicly described the earliest results from their clinical trials, and two-thirds to three-quarters of the patients appeared to respond within a day or two. Some small percentage of patients didn’t respond and we don’t know why. But the patients that did respond got significant relief from their pain and reduction of inflammation in their joints.

Is it challenging to set up controls for those trials?

The controls they’re using today are to have the device implanted and not turn it on. What we’ve seen is that turning the device on leads to improvement, whereas turning it off leads to the patients getting worse.

Can patients tell when the device is on?

The principal investigator on this study is Paul-Peter Tak, a professor in Amsterdam and a leading figure in rheumatology.

SetPoint is now conducting a “Study of the Safety and Efficacy of Neurostimulation of the Cholinergic Anti-Inflammatory Pathway Using a Vagal Nerve Stimulation Device in Patients With Active Refractory Crohn’s Disease .” The estimated enrollment will be 15 patients, and the results should be available in early 2016.

At one point you were proposing to stimulate the vagus nerve via a more accessible branch of the nerve in the ear, which wouldn’t have required surgery.

I think that as long as we’re using external devices, connecting to the vagus via the ear for example, there will be limitations to the therapy. An implanted device should have a greater fidelity of nerve stimulation. But the medical world is moving towards less invasive interventions, and the devices that we plan to test in the near future are very small, about the size of a fish oil capsule, and in principle could be implanted without major surgery, percutaneously. That relatively non-invasive implantation of small devices on the nerves holds tremendous promise for future therapies.

Long-term, what other applications do you envision for this?

SetPoint’s first two targets for this potential therapy are rheumatoid arthritis and inflammatory bowel disease. Those conditions encompass large numbers of patients who are inadequately treated by the therapies available today—there’s a real need for additional solutions. We know that TNF-alpha and other inflammatory mediators are important in those diseases, so the thinking is that those are good places to start.

In the longer term, as we learn more about the precise functions of the 80,000 or so individual circuits that lie within the vague nerve bundles, we might be able to stimulate or inhibit some of those circuits to treat a wider range of diseases, including diabetes, heart disease, and cancer.

Could some of these vagus nerve circuits help explain otherwise-mysterious clinical phenomena such as placebo effects?

I don’t know, and as a scientist I hate to speculate. But I think we always need to ask, in the course of an experiment, what factors could activate nerve circuits, such as in the vagus, and thereby influence the outcome. For example, if in the course of a clinical trial, the intervention activates a nerve circuit that turns off inflammation, then this could account for a lot of things—inflammation has been implicated in the pathogenesis of many diseases including Alzheimer’s.

The big question is: how many clinical outcomes are actually mediated by neural signals that haven’t yet been discovered?

Your laboratory is still working out the inflammatory signals produced by the vagus in the spleen?

Yes, one of the questions we’re investigating is how the vagus nerve signals regulate the release of pro-inflammatory proteins such as HMGB1.

We’re also very interested in decoding those nerve signals so we can better understand what the brain is trying to do with them.