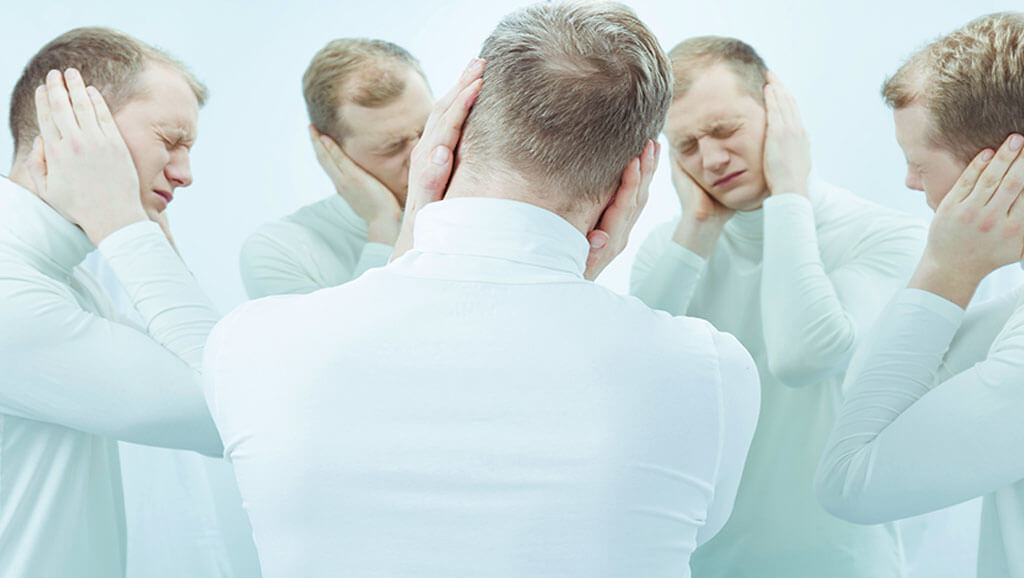 Schizophrenia, a chronic neurodevelopmental disorder characterized by hallucinations, delusions, and disordered thinking, is difficult to treat. Psychiatrists use anti-psychotic medications as their first line of offense to help control symptoms, but these drugs do not work for all patients. Even when they are effective, they often come with a host of incapacitating side-effects that make prolonged use challenging. But other treatments may be on the horizon; new research out of the University of Caen in France suggests that transcranial magnetic stimulation (TMS) may help people with schizophrenia better manage auditory verbal hallucinations (AVHs).

According to the National Institute of Mental Health (NIMH), Schizophrenia affects approximately 1 percent of the US population. People with the disorder usually start noticing symptoms in late adolescence and early adulthood—including so-called “positive” symptoms like false perceptions and disorganized thinking as well as “negative” symptoms like lack of motivation and anhedonia, or an inability to experience pleasure. Taken together, those then result in “cognitive” symptoms, problems with attention, memory, and decision-making. Because the disorder is so complex, it has been hard to find successful treatments for every patient.

“There are huge unmet clinical needs in the treatment of schizophrenia,” says Jeffrey A. Lieberman, chairman of psychiatry at the Columbia University College of Physicians and Surgeons in New York and member of the Dana Alliance for Brain Initiatives (DABI). “To date, we’ve mostly pursued treatments in the pharmacological realm—so, medications. And while that remains an important area of emphasis, there’s been increasing interest in trying to develop other types of treatments specifically to target residual psychotic symptoms.”

One such symptom is auditory verbal hallucinations (AVHs), or hearing imaginary voices. Approximately 70 percent of people diagnosed with schizophrenia will experience AVHs at some point. Sonia Dollfus, a researcher at the University of Caen, says those hallucinated voices are incredibly disorienting for patients.

“This symptom is quite disturbing to patients as they can produce a lot of anxiety. That has a major impact on daily life and basic functioning,” she says. “They can induce social withdrawal, they can interfere with cognitive function and that has incredible impact on work and social interactions. So it is very important to find a way to successfully treat them.”

Psychiatrists refer to core schizophrenic symptoms are “positive” or “negative” for a reason: Lieberman says that it’s long been thought that positive symptoms are caused by too much activity in the brain, while negative symptoms are due to a marked decrease. Neuromodulation, or methods that can amplify or dampen neural signaling in the brain, might help normalize brain activity, reducing the severity of symptoms or preventing them altogether. TMS, a neuromodulatory technique that uses a magnetic coil to send pulses from outside the skull, produces small electrical currents that can stimulate or reduce brain activity. When directed to the right brain regions or cortical circuits, the technique can alter neural signaling in such a way as to lead to deeper functional changes in the brain.

Fabio Ferrarelli, a psychiatrist at the University of Pittsburgh School of Medicine, says that TMS has been used for some time to help neuroscientists better understand what’s wrong in the schizophrenic brain—but also holds promise as a potential treatment as well.

“TMS is now FDA-approved for treating depression, for example. But it may also work well for schizophrenia,” he says. “The idea is that you can use TMS not just to test the system and see if it is working as it should but also to change the way the system works. See if you can, with the right stimulation, make the brain more responsive or less responsive in focal areas and help reduce certain symptoms.”

Testing TMS as a Treatment

Nearly 10 years ago, while using high frequency TMS on patients, Dollfus and colleagues discovered that the technique seemed to offer some relief from AVHs for select patients.

“We observed very good results in some patients, with some remission in two patients after 12 days,” she says. “But to prove TMS’ efficacy, we had to do a controlled study. We didn’t know if it was TMS that was reducing the hallucinations or if it was just the placebo effect.”

To perform that controlled study, the University of Caen research team recruited 59 patients to partake in a randomized controlled study—26 of those patients received the TMS treatment for two sessions a day over two days while the remaining received a sham treatment instead. The researchers directed the 20 Hertz high-frequency TMS pulses to a specific language area in the left temporoparietal region, where the left lateral sulcus and the left superior temporal sulcus cross, that had been identified by previous studies as being active during AVHs. The researchers found, when measuring the severity of AVHs using a standardized measure, that, after two weeks, nearly 35 percent of those being treated by TMS showed a decrease in symptoms. The results were presented at the 2017 European College of Neuropsychopharmacology Meeting in Paris, and then published in the September 28, 2017, issue of Schizophrenia.

“As this was a controlled study with a placebo group, we can demonstrate that there is an efficacy to TMS,” says Dollfus. “But there is still a lot to learn. We would like to continue to test the efficacy by increasing the sessions of stimulation. We think by repeating the sessions regularly, perhaps every two weeks, we may be able to see better results.”

Lieberman says that this study is very promising—but there is still a lot left to learn about what dose, frequency, and duration of treatments might bring about the best results.

“There’s a lot of possibility—and the results are encouraging. This is a treatment that is non-invasive, causes few to no side effects, and can complement what anti-psychotic drugs are able to do. That’s a big thing,” he says. “But there is still a lot of research and exploring we need to do. We need to replicate these kinds of studies and really try to define the best method of applying TMS to get the best effects.”

Ferrarelli agrees, and hopes to see further studies using TMS, not just to treat the disorder but also to help better understand what may be going wrong in different brain circuits in the first place.

“TMS gives you unique access to the brain and allows you to characterize the activity in specific areas in a very systematic way,” he says. “For me, the most exciting thing is to use TMS as a tool to characterize this brain function and what’s going wrong with schizophrenia. But that will only give us more information that can help us come up with treatments. And there is immense potential for TMS as a therapeutic intervention. I am hopeful that someone will come up with a treatment that can really make a difference for patients.”