Back to Parent Page
HomeArticlesStretching the Boundaries of Near-Death 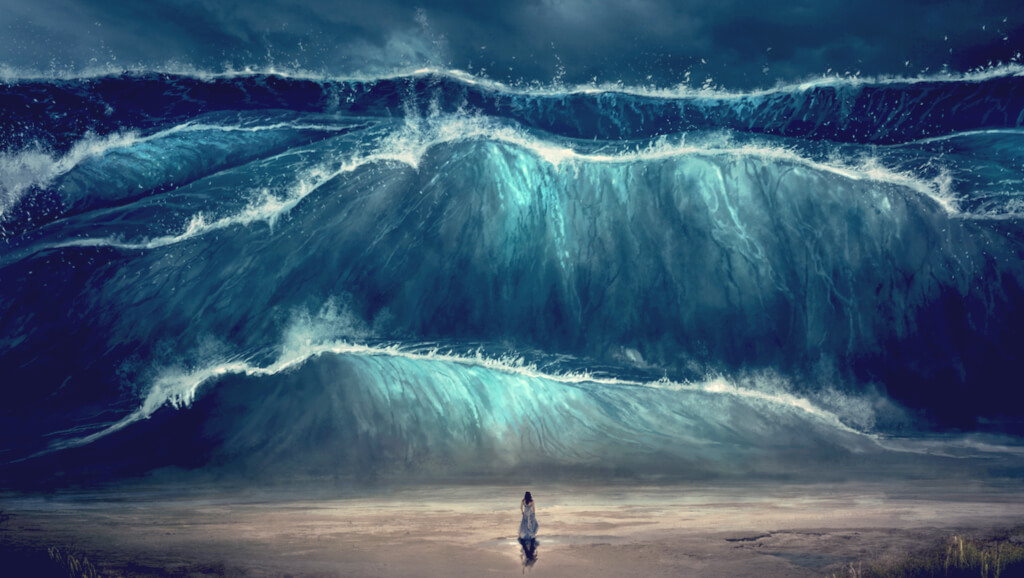 Death isn’t what it used to be.

What was once considered an event—your heart stopped, your breathing stopped, end of story—is now understood as “a biological process potentially amenable to medical intervention,” according to Sam Parnia, director of critical care and resuscitation research at NYU Langone Medical Center. “Recent studies have overturned conventional medical teachings.”

The process, the interventions to halt it, and the centrality of the brain in all this were the subjects of a symposium presented by the New York Academy of Sciences and the NYU unit that Parnia leads.

“When I came to the field of cardiac arrest, it was all about getting the heart restarted. What we’ve learned in the last 20 years is that there’s another organ we need to focus on: the brain,” Lance Becker, professor at the Center for Immunology and Inflammation of Feinstein Institutes for Medical Research of Northwell Health said in a historical review of the subject. (“Cardiac arrest,” as used by Becker and others in the symposium, refers to the heart stopping for any reason, not necessarily related to heart disease.) The shift in emphasis is reflected in law, with death redefined as the irreversible cessation of all brain activity.

Advances in resuscitation have made it increasingly difficult to know when a doctor should call a person dead, Becker said. “There’s a grey zone, when we’re not quite sure. I’d like to submit that this grey zone and the opportunities to rescue people are much larger than we think, and there is much more we can do to expand that survival window.”

In her presentation, Ariane Lewis, director of the division of neurocritical care at NYU, described the effects of hypoxia (lack of oxygen) on the brain. “The most vulnerable areas include the cerebral cortex and the hippocampus,” she said. The basal ganglia, cerebellum, and thalamus are also early casualties. Cellular acidosis, inflammation, the depletion of energy-generating ATP, and the influx of sodium, chloride, water, and potassium, if unchecked, lead to cellular swelling and death.

For people who survive their cardiac arrest, hypoxia may leave neurological injury, sometimes disabling, she said.

Much brain damage occurs after circulation has been restored, said Shari Brosnahan of NYU. Roughly 60 percent of victims die during cardiac arrest, but this rises to 75 percent in the post-resuscitation period. The culprit: “reperfusion injury”—the return of oxygen, particularly after prolonged hypoxia–sets off a cascade of damage including oxidative injury, mitochondrial damage, cytotoxic NMDA activity, and inflammation.

Hypoxia and reperfusion can be compared to an earthquake and the tsunami that follows. “If we can’t prevent the earthquake, perhaps we can stop the tsunami or at least mitigate it,” she said.

To improve survival and protect neurological function, researchers are developing a “cocktail” of compounds that target the elements of reperfusion injury: high dose magnesium, CoEnzyme Q10, and xenon gas to inhibit NMDA receptors and preserve mitochondria and white matter, respectively. Vasopressin, steroids, and norepinephrine target inflammation and improve blood flow in the brain.

The symposium elaborated advances in resuscitation to shorten hypoxia and protect the brain until and after oxygenation has been restored. CPR remains the keystone, Becker said. Since its development in 1960, its use has saved millions of lives.

A principal advance has been the use of mild hypothermia. Cooling the body down to 32-36C (90-97F) for at least 24 hours during and after cardiac arrest has become the standard of care, said Samuel Tisherman, professor of surgery at University of Maryland. “Hypothermia doesn’t just reduce metabolism; it decreases inflammation, oxidative stress, reperfusion injury, and cell death,” he said. Studies have shown it lowers mortality and improves neurological outcomes.

Another promising approach is extracorporeal membrane oxygenation (ECMO), using a cardiopulmonary bypass device to circulate oxygenated blood until the heart can be restarted. “It’s the best way to get reperfusion, certainly to the brain,” said Becker.

Although ECMO devices are already in almost every hospital, their use for resuscitation has been limited. “It’s technically difficult and invasive, and requires a big team,” Becker said. “But there’s no question it’s moving out into the world.” ECMO is already in use for this purpose by SAMU (Service d’Aide Médicale Urgente) the emergency medical service in France.

Better monitoring could also increase high quality survival, Becker said. CPR effectiveness is currently assessed by blood flow, but a more meaningful yardstick would be oxygen levels in the brain, as measured with near infrared spectroscopy, a non-invasive procedure. “We could go further to see how well brain cells are functioning,” perhaps gauging their ability to generate energy with a “mitochondria meter,” he said.

Such monitoring could help customize CPR. “Now, it’s taught as a one-size-fits-all treatment. But should a big patient have the same rate of chest compressions as a smaller one? A man and a woman? Old and young?” Monitoring could answer these questions, Becker said.

Advanced resuscitation modalities like ECMO and mild hypothermia have largely left one group behind—victims of cardiac arrest due to trauma. “Overall, the survival rate is 7 percent; It hasn’t changed in 20 years,” Tisherman said. “A lot of injury is fixable, but we don’t have time to fix it,” he said. “We have to buy time to save people dying in front of us.”

Enter emergency preservation and resuscitation (EPR)— rapid, extreme hypothermia, with the goal of protecting the heart and brain for 2 hours or longer to allow control of bleeding and wound repair. “Some call it ‘suspended animation,’” he said.

The fastest way to cool the whole body, particularly the brain and heart, is by flushing cold saline through the aorta, he said. If blood flow is suspended for 15 minutes, cooling the brain to 34C is sufficient. But for 90 minutes to 2 hours without oxygen, the goal is 10 degrees C (50F). In preclinical experiments, no animals with induced severe wounds survived with CPR only. With EPR followed by 36 hours of mild hypothermia, most survived with little or no apparent neurological damage.

Tisherman is leading a clinical trial that will enroll 10 patients with heavily bleeding trauma who had a detectable pulse within 5 minutes before arrival in the ER, rapidly reduce brain temperature to 10-15C, stop bleeding, and resuscitate with a heart-lung machine. Ten patients who arrive at the hospital when the specialized team is not assembled will be controls, receiving usual treatment.

How long can the brain go without oxygen and still be saved? Stefan Daniele of Yale University described a widely-reported study in which vascular and cellular function in a pig brain was restored four hours post-mortem. (See also Redefining Death)

Using hypothermia and a mixture of compounds to mitigate anoxic injury, the Yale researchers reinstated circulation, and showed that hippocampal neurons remained structurally and functionally intact, generating electrical potentials when stimulated and exhibiting spontaneous synaptic activity. “We found robust resurgence of cerebral metabolism,” said Daniele, a member of the research team. “The whole brain was consuming oxygen and glucose and producing CO2, as well as correcting pH and ionic dysbalances.”

This work is “deserving of the Nobel Prize,” said Sam Parnia in an interview after the symposium. “We believed that once the brain is deprived of oxygen for 10-15 minutes it was game over, [brain activity stopped and] the patient was irreversibly dead. By showing the game is just beginning, it will open up the world to a host of new treatments. Can you imagine what this may lead to in 20-30 years, when people fine-tune these methods?”

More generally “every presentation today carried the message of extending the window of opportunity in which the brain can be salvaged; with new treatments it will be possible to get the brain to work again.”

(Earlier, Ariane Lewis had cited findings that patients die after cardiac arrest most often because life- sustaining treatments were withdrawn, suggesting that “we’re giving up on patients when they can still be saved.”)

Between Death and Life

In his own presentation, Parnia detailed a fascinating byproduct of expanded resuscitation: the study of consciousness in the interval between death in the old-fashioned sense and restoration. While most patients recall nothing, some describe classic “near-death experiences,” like watching events from outside one’s body or going toward light, and some a detailed life review, revisiting interpersonal interactions with remarkable empathy for others involved.

“Many come back transformed positively, much less afraid of death, more altruistic and engaged with life and family, less self-centered,” he said. “Such phenomena raise the bigger question of what happens to the mind when the heart stops and death is still reversible, and a severely disordered brain should not support consciousness,” he said.

They underline our fundamental ignorance about consciousness, he said. “It’s impossible to find a single brain area, cell mechanism or network that accounts for it.” Parnia is leading a multicenter study of neurological events and patients’ experiences during resuscitation that may fill some gaps.

The symposium was recorded in two parts: Part One, Part Two