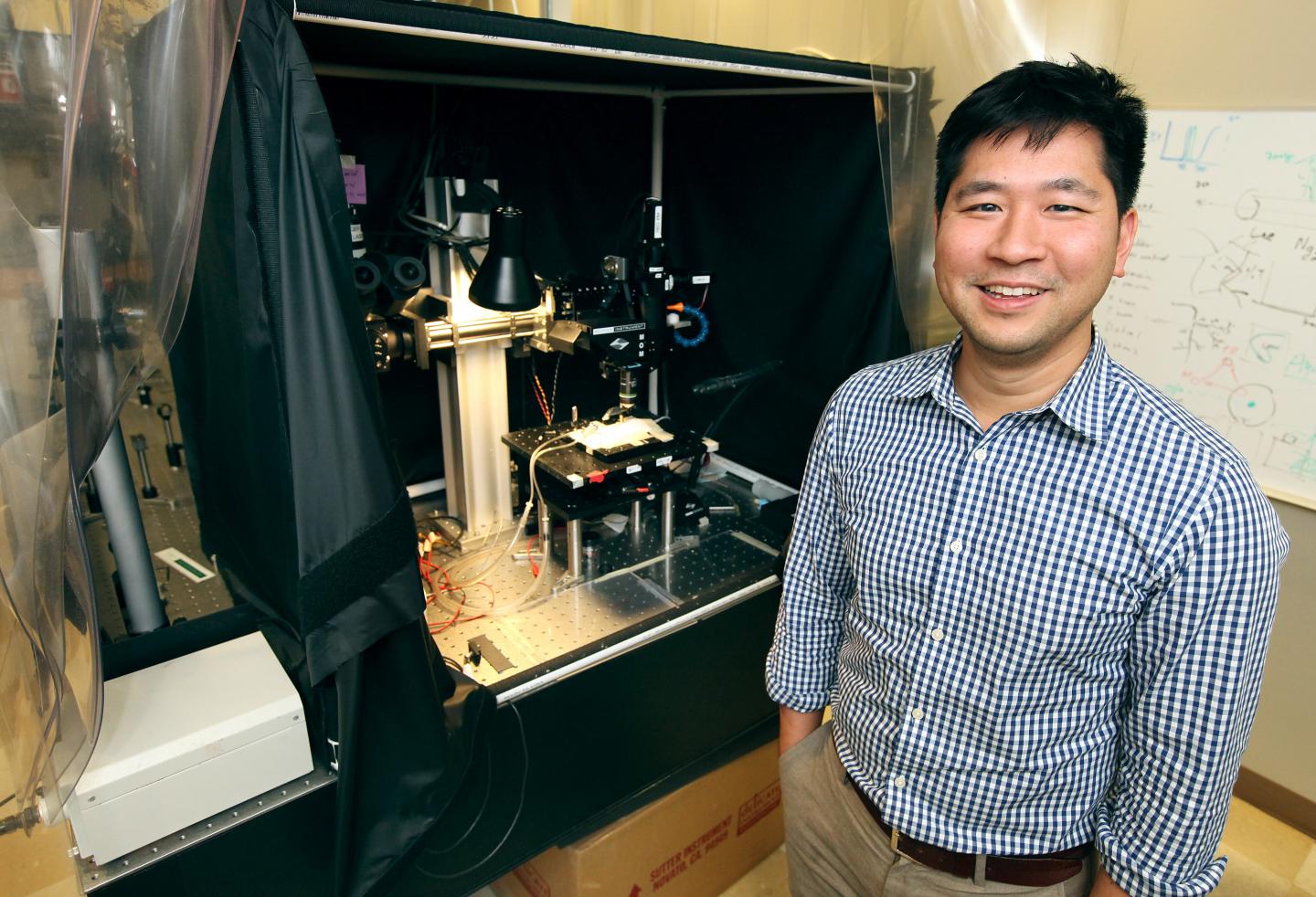 Vascular dementia, or the type of dementia caused by blood vessel blockage and damage in the brain is the second-most common form of the disorder, and often occurs alongside Alzheimer’s disease. Unfortunately, physicians lack the tools to diagnose this disease before the brain has sustained significant damage. Andy Shih, Ph.D., an associate professor at Seattle Children’s Research Institute and the University of Washington, is working to develop imaging techniques to better observe the smallest strokes, called microinfarcts, to better understand how vascular dementia progresses. As previous research has shown a strong link between the prevalence of microinfarcts and vascular cognitive impairment, such techniques may allow doctors to identify the patients at highest risk for developing vascular dementia and provide new opportunities to intervene early to prevent the disease or slow its progression.

There is a growing aging population in this country. It has already become a large health and economic burden—and will continue in the years to come. Vascular dementia, as well as dementia in general, is important for us to study and better understand. But there is also a personal reason behind my interest. My grandfather had dementia and my father had heart disease. So I have a strong impetus to look at vascular function in the context of aging for my own health.

Tell me more about microinfarcts and what we know about their relation to brain function as we age.

Strokes happen as we age. They are a byproduct of emboli, or blood clots that sometimes lodge in the large arteries that feed the brain. The large emboli create large strokes and we can easily see those. But it’s these microinfarcts, or small blood clots, that circulate into the small vessels in our brain that can build up and cause problems. Given the sieve of capillaries and small vessels within our brain that catch these emboli that float in our brain, it’s not difficult to imagine that there are strokes of very small sizes that we can’t currently detect.

We can see microinfarcts post-mortem. Some researchers have taken antemortem cognitive measures looking at how people function before they died and donated their brains to science to compare readings to results. They found a strong relationship between microinfarct burden and how demented a person was before they died. The more microinfarcts you have, the more cognitive decline. But we don’t know if the microinfarcts directly contributed to the dementia or were merely side effects. This is really hard to study in humans because the infarcts are often too small to see with magnetic resonance imaging (MRI) and their occurrence is difficult to predict.

Further, it’s possible that the problem starts to snowball if someone also has cardiovascular disease, diabetes, and atherosclerosis.

Why is it so hard to see this microinfarcts with current imaging techniques?

The largest of microinfarcts are only three millimeters in diameter, and many are on the micrometer level. So they are difficult to see because the resolution of current MRI systems. Each block of information collected by an MRI is actually larger than the size of a microinfarct. We are also limited in our ability to quantify microinfarcts post-mortem. If you were to slice up the human brain into 20-30 micrometer sections, it would take you forever to get through the whole brain to see just how many microinfarcts there might be. If a pathologist sees 1-2 microinfarcts in a small piece of tissue during post-mortem analysis, chances are you probably have more like 500 across the brain.

You tried to overcome some of these issues using a method called diffusion kurtosis imaging (DKI). What is it and how might it help us better observe these microinfarcts?

Diffusion-based MRI, or techniques that look at the diffusion of water molecules across the tissue, can tell us a little more than structural imaging techniques. It’s very sensitive to long-term microstructural tissue changes. DKI allows us to model the metrics of water diffusion within the tissue with more accuracy—and could provide better resolution for processes such as tissue inflammatory or scarring that involve the proliferation and aggregation of many cells. We wanted to use this method to see if we could detect tissue microstructural changes produced by microinfarcts and determine if we could see microinfarct over a longer period of time. We used an animal model of microinfarction, involving the use of tightly focused lasers to occlude small arterioles on the surface of the mouse brain. This model produces microinfarcts with remarkable similarity to what is seen in humans. Using MRI to track these modeled microinfarcts, we found that we could see them a little bit longer using DKI, compared to structural imaging. We could improve their detection for a few days, but not under the clinically relevant timeframe of weeks to months. This would have been more useful in understanding how long-lasting conditions like vascular dementia might progress.

You also looked at white matter integrity. Why might that help?

You can think of white matter as telephone wires and the gray matter as the houses between those telephone wires. White matter literally bundles the fibers of millions of neurons into a small space, allowing for information to be passed from different brain regions along those tracts. If a microinfarct were to happen in one of these tracts, there wouldn’t be just a localized effect—you’d be cutting those proverbial telephone wires to huge areas of brain tissue, interfering with the signal upstream and downstream of those wires.

Other research groups have looked at microinfarcts using diffusion imaging to see whether they actually occur in white matter. Turns out, they do. So we are looking at the effects of microinfarcts in animal models on the structure of white matter fibers, whether it affects how those fibers are myelinated, and whether it affects how they signal. We have preliminary evidence that one small lesion can have a large impact on the integrity of white matter.

We’ve also looked at sickle cell anemia with Dr. Hyacinth Hyacinth at Emory University. Using a sickle cell model of mice, he found they had spontaneous microinfarcts occurred in the brains of aged mice with sickle cell anemia. Their blood flow is abnormal because of the disease—and when we looked at the animals’ brains, these lesions looked almost identical to what we see with microinfarcts. This has interesting implications because when you go back into the literature and look at MRIs of children with sickle cell disease, you see microinfarcts. They were called something different but we think they are probably the same thing.

How might this work lead to early detection of vascular dementia?

Ultimately, we hope to get to the point where we can understand the biology enough to create strong models of vascular dementia, which is a really complicated disease. We are working to layer different comorbidities on top of microinfarct injury to ask, “Does microinfarct pathology get worse when you have diabetes? What about cerebral amyloid angiopathy?” Our next steps are to build better models of vascular dementia. Once we get closer to having a model that mimics aspects of vascular dementia, it can become a really nice test bed for drugs. There may be some kind of neuroprotectants that had limited efficacy in treatment of large strokes, that could be reevaluated in the context of ongoing, chronic small strokes. We could then ask which of these drugs are safe, and which have the strongest effect on reducing microinfarct number.