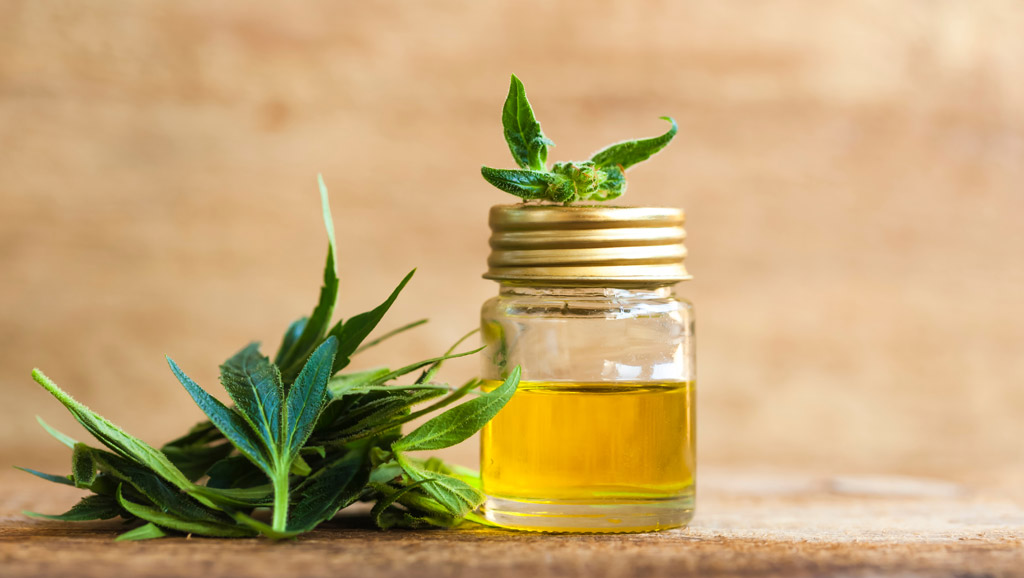 When a cannabis extract dramatically improved little Charlotte Figi’s debilitating epilepsy in 2013, media reports turned the spotlight on using cannabis to treat seizures. Anecdotal evidence that cannabis could improve epilepsy had accumulated for centuries; it reaches back to ancient Chinese medicine. Finally, US researchers in 2017 ran a randomized controlled trial of pure cannabidiol, a component of cannabis, and showed that it  effectively treats a specific form of childhood epilepsy. Two more successful trials followed in 2018. In June 2018, the FDA approved Epidiolex, the pharmaceutical grade cannabidiol extract tested in all three trials, for children who have two childhood epilepsy syndromes. Hard evidence is finally here, but does it live up to the high expectations held in advance? Is it enough to extend the prescription of cannabidiol beyond a subset of epilepsy patients

Cannabis might be one of the oldest plants cultivated by humans. As early as 12,000 BCE, cannabis was grown for fiber and rope in central Asia. It probably took another 10,000 years until cannabis was first used medically: Chinese pharmacopeia from the second century credit Chinese Emperor Shen Nung, who lived around 2,700 BCE, with using cannabis to treat disease. Records traced to Sumer and the Akkadian Empire describe the use of (presumably) cannabis for treating nocturnal convulsions. In the early 1800s, Irish physician William O’Shaughnessy returned to Europe from India with a large supply of cannabis, with which he treated a 40-day-old baby girl with nocturnal convulsions.

In the 20th century, many countries made cannabis cultivation illegal and cannabis use declined somewhat. Chemists and pharmacologists nevertheless started to chemically characterize cannabis’ active ingredients, but it wasn’t until 1963 that the structure of ∆9-tetrahydrocannabinol (THC) was first determined. THC is the compound that gives cannabis its “high,” and it therefore hasn’t been developed as anti-seizure drug. But other components of cannabis, such as cannabidiol (CBD), are non-psychoactive, and attention shifted to whether CBD could be used to treat seizures.

One-third of people diagnosed with epilepsy do not respond to current treatments. “There was a huge unmet need for a safe and effective drug to treat these patients,” says Elizabeth Thiele, director of the Pediatric Epilepsy Program at Massachusetts General Hospital. “However, all we had were anecdotal stories of medical marijuana being effective, and there were more and more of them.”

The plural of anecdote is not data

Four small studies of cannabidiol were conducted in the 1970s, ’80s, and ’90s, but the results were mixed. A 2014 Cochrane review didn’t find enough evidence to draw conclusions about the use of cannabinoids for epilepsy. Anecdotes of successful use kept coming in, but no clear trend could be made out, remembers Michael Privitera, director of the Epilepsy Center at the University of Cincinnati Gardner Neuroscience Institute. “The reports were all over the board,” he says. “Patients were taking medical marijuana products with different concentrations of CBD, and different ratios of THC to CBD. Some people thought that only CBD is needed for an anti-epileptic effect, while others thought that only the combination of THC and CBD works.”

In 2012, Sam Vogelstein was the first child with epilepsy to be treated with pharmaceutical grade CBD plant extract, brand name Epidiolex, made by the UK company GW Pharmaceuticals. This turned into a starting point for an expanded access program to Epidiolex for children whose epilepsy isn’t responding to other treatments (highly refractory epilepsy). This program provided access to CBD, but didn’t prove its efficacy, as it didn’t control for a placebo effect.

First scientific evidence that CBD is effective – for some

In 2017, a double-blind, placebo-controlled study of the pharmaceutical grade CBD produced by GW Pharmaceuticals was published in the New England Journal of Medicine. The study, co-authored by Thiele, tested the response of children with Dravet syndrome to Epidiolex when given together with the children’s usual anti-epileptic drugs. The results of two more randomized controlled trials of Epidiolex in children with a different epilepsy syndrome, called Lennox-Gastaut, were published in 2018; Thiele and Privitera were each involved in one of these studies (Thiele et al. 2018, Devinsky et al. 2018 ). All three studies compared patients who received CBD in addition to their usual medication with patients in a placebo group who only received their usual anti-seizure medication. And in all studies, significantly more patients who took CBD reported that their monthly seizures were reduced by more than a half, compared with patients in the placebo group.

“Before, all we had was anecdotal evidence,” says neurologist and clinical pharmacologist Emilio Perucca of the University of Pavia, and former president of the International League Against Epilepsy, who was not involved in the studies. “Now, with these three randomized controlled trials, we have the first class 1 evidence that CBD decreases seizure frequency when given together with other AEDs[anti-epileptic drugs]– in patients diagnosed with these two syndromes. We now have scientific evidence for an effect of CBD.”.

“The studies show that we clearly don’t need THC for an anti-epileptic effect,” Privitera says. “Clearly, CBD on its own has a positive effect on people with epilepsy.”

On the back of these three trials, the FDA approved Epidiolex for treating seizures associated with Lennox-Gastaut and Dravet syndromes in June this year. In September, the DEA rescheduled FDA-approved medications containing CBD; these drugs, such as Epidiolex, are now classified as Schedule 5. This move means that doctors can now prescribe Epidiolex to treat patients with Lennox-Gastaut and Dravet syndromes, while CBD itself remains a Schedule 1 drug.

Not a silver bullet

Expectations for CBD were high, but despite the FDA approval, the response among clinicians is muted. “On one side the results are reassuring, there is evidence of an effect. But the improvements are less than expected: No more than 5 percent of patients in each trial were seizure-free—and seizure freedom does not last a lifetime, only for the duration of the study,” Perucca says. “The degree of efficacy shown is not dramatically superior to that of other anti-seizure drugs. Data shows that CBD is a useful treatment, but it is not a silver bullet.”

“With the class 1 data, it is hard to deny that CBD is an effective treatment,” Thiele says. “It is not a silver bullet; it does not work for all patients. But it will be a very important addition to our drug armamentarium.”

That it didn’t work for all patients is, while disappointing, an interesting finding, says Martin Brodie, clinical and research director of the Epilepsy Unit at the Western Infirmary, Glasgow, and president of the International Bureau for Epilepsy, who was also not involved in the trials. “If we can identify the responders to CBD, that will be a big deal. It would allow us to move towards a personalized treatment of epilepsy, rather than just treating the condition of seizures,” he says. As it is, Brodie compares CBD to other AEDs in not being a cure for epilepsy: “It is a bit like putting an Elastoplast on a cut: the cut may heal but the Elastoplast doesn’t heal it. It’s the same with the anti-seizure drugs: they don’t make the problem go away, they make the effects of the problem less.”

How does CBD work?

How exactly CBD makes seizures go away is not known. As the trials only tested Epidiolex together with other anti-seizure medication and not on its own, one possibility is that CBD influences how anti-seizure drugs work. Perucca criticizes the early reporting of results, which did not untangle the importance of the interaction between CBD and other anti-seizure drugs, such as clobazam. “I’m convinced that CBD has an effect and efficacy on its own,” he says. “But to what extent the interactions contribute to the efficacy we don’t know.”

And while Epidiolex makes many seizures go away, it does have side-effects, including sleepiness, decreased appetite or diarrhea, and an increase in liver enzymes, for some patients. “The side effect profile of CBD came as a surprise,” says Privitera. “Most people thought that there wouldn’t be much toxicity or drug-drug interaction. But in addition to the significant drug-drug interaction with clobazam, we also had a second surprise: We observed some small but significant amount of liver toxicity, mainly in patients who also took valproate. This is probably also a drug-drug interaction, but the liver problems are reversible.”

What lies in store for CBD?

Will Epidiolex be used for other patients? Thiele is involved in a trial of Epidiolex for tuberous sclerosis complex, another childhood epilepsy syndrome; the results are expected in 2019. Whether CBD will eventually be used as stand-alone therapy is uncertain, says Privitera. “Whether CBD is effective by itself is something that will be seen further down the line,” he says. “When a patient taking two anti-epilepsy drugs becomes seizure-free with the addition of CBD, the regular clinical course would be to minimize medication. So probably, we will start finding anecdotal data about CBD as a single agent. But it is up to the companies to fund a further trial, which would cost millions of dollars.”

Finding out how CBD works is essential “Epidiolex is the first of a series of drugs related to CBD, and other drugs are under development,” Privitera says. The next step is that we need to understand how CBD works, and develop strategies to improve its effect and its side effects.”

“There is not a single clinic day without someone asking me what’s new about CBD,” Privitera says” But Thiele  is keen to also look elsewhere for effective epilepsy treatments: “I’m still looking for the silver bullet. CBD helped a lot of my kids, but it is not effective for everyone. It will be interesting to see what role CBD plays in epilepsy, but we need to keep looking for other treatments.”