Back to Parent Page
HomeCerebrumSchizophrenia: Hope on the Horizon 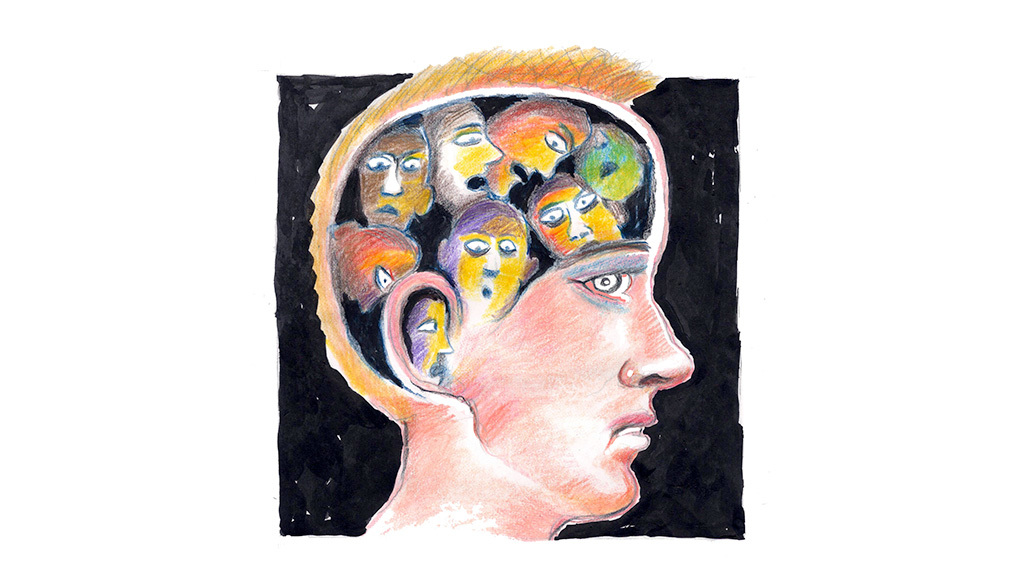 This is an extremely old question, one that has bedeviled generations of physicians and natural philosophers. Written documents identify schizophrenia (the more modern and precise term for madness) as mania, and it can be traced back to pharaonic Egypt, which dates to the second millennium BC. Clinical impressions and intellectual speculation have long dominated much of the discourse.

In the past two years, we have made considerable progress in understanding the fundamental nature of schizophrenia, a descriptor first coined by Swiss psychiatrist Eugen Bleuler in 1911.  Modern genetics have provided these new insights.

Even so, schizophrenia continues to be a conundrum. On one hand, we know that it is a major cause of morbidity, mortality, and personal and societal cost.[1] For instance, schizophrenia ranks among the top ten medical conditions that cause significant, often lifelong, impairment and disability. The life expectancy of people with schizophrenia is around a decade less than of those who do not suffer from the disease, and the cost to treat patients is around $1.4 million over a lifetime. While a class of medicines can treat the major signs and symptoms effectively, particularly hallucinations and delusions, we also know that their benefits are incomplete and inconsistent. For far too many people, these medicines work only partially or occasionally, not at all.

On the other hand, in spite of schizophrenia’s status as a major public health problem, we have few hard facts about its fundamental causes. This lack of knowledge is not the result of a lack of studies. Schizophrenia has been studied intensively by several generations of scientists using the best methods and technologies available to them at those times.

For instance, about a half-century ago, it was reported that people with schizophrenia had a “pink spot” observed after a special type of urinalysis, suggesting the presence of an abnormal blood metabolite. After a lot of excitement and high-profile papers, researchers determined that the pink spot merely was a nonspecific lifestyle difference. Another example was the observation that psychotic symptoms improved after hemodialysis (suggesting a blood-borne toxin). Unfortunately, subsequent double-blind studies could not replicate initial findings. Genetics was no exception. In the past 25 years, perhaps a dozen genetic associations with schizophrenia received considerable attention but have not withstood the test of time and replication.

No Biology, No Mechanism, No Drug Targets

Thus, the origins of madness are elusive. The lack of fundamental knowledge has a major consequence: If we do not know the biological processes fundamental to schizophrenia, we can only make guesses about how to design better therapeutic and intervention strategies. But encouraging results from recent research have us entering a different and more productive phase in schizophrenia research.

To date, the development of antipsychotic medications—the backbone of treatment for many people with schizophrenia—has been serendipitous (the first in the class, chlorpromazine, was developed as a surgical premedication in the 1950s). Most subsequent approved antipsychotics were just variants on a theme (add a chlorine here, remove a methyl group there).

Many believe that the lack of new and better medications for schizophrenia is the direct result of a lack of knowledge of its basic biology, which we need not only for medications but also to understand exactly who is at risk, to understand the impact of nondrug therapies (e.g., various cognitive remediation strategies), and to pick up early changes in patients that herald full-blown clinical worsening.

Many studies have involved family history, adoption, and twins. Taken together, these studies tell us that schizophrenia has a definite tendency to run in families and that it does so mostly via inheritance.

So the genetic processes involved are probably subtle. This is markedly different from what people usually think when they hear “genetic.” For example, in Huntington’s disease, a neurodegenerative condition, the genetic signal is essentially deterministic: If you have the genetic risk variant, you almost certainly will contract the disease later in life.

The genetic risks for schizophrenia are more complex—probabilistic, not deterministic. This suggests that the biological processes underlying schizophrenia are relatively understated. It also is consistent with the clinical course of schizophrenia: a waxing and waning illness with preservation of basic neurological and higher cognitive functions and without an inexorable decline to dementia, intractable seizures, coma, and death.

Changing the Way We Do Business

Genetics is thus a major etiologic clue. In parallel, knowledge of the genome and the technologies to query the genome have made marked advances. It is now possible to do genetic assays with speed, throughput, and accuracy that would have been nearly inconceivable ten or 20 years ago.

Past impediments were human and structural. Typical approaches in psychiatric genetics were based on siloed research groups. There were a couple dozen research groups, and they tended not to work collaboratively. One would gather a sample and study it to the best of its ability. Time and time again other groups could not replicate the first one’s conclusions.

We needed a new way to work. For true progress, we needed to find ways to cooperate in order to put together much larger samples than any single group could attain, and to introduce extremely high degrees of rigor.

In 2007, I was part of a group of psychiatrists, psychologists, and geneticists that founded the Psychiatric Genomics Consortium(PGC) on the principles of cooperation, democracy, and participation, and dedication to rapid progress and open sharing of results.2 The PGC began with four National Institutes of Health (NIH) studies funded by the consortium’s foundation. These studies were for schizophrenia, bipolar disorder, major depressive disorder, and attention deficit hyperactivity disorder (ADHD), and it seemed clear to us that we should try to become a trusted clearinghouse for conducting large and careful genetic analyses within and between these disorders.

The PGC has since become the largest consortium in the history of psychiatry, and arguably its most successful biological experiment. The PGC currently consists of more than 800 scientists from 36 countries. We currently have about 160,000 individuals in analysis and are in the process of adding about 153,000 more. We have published 17 major papers and 31 secondary-analysis or methods-development papers, and at least 75 other papers have made major use of our results. Schizophrenia is one of nine psychiatric disorders whose genetic basis PGC researchers are studying carefully.

Last July, the PGC published a landmark paper on schizophrenia in the journal Nature.3 We reported the discovery of 128 different places in the genome where common genetic variation conferred risk for schizophrenia. This paper increased the number of intriguing genome locations by a factor of five. The paper had more than 300 authors and represented the concerted efforts of dozens of people for about three years.

The findings make a lot of sense. For example, one key genetic result was near the dopamine type 2 receptor gene. This finding represents a sort of biological convergence; this receptor is the site of action of virtually all affective antipsychotic medications. In addition, the findings implicated N-methyl-D-aspartate (NMDA) receptor subunits and neuronal calcium signaling, findings that also have independent lines of supporting evidence. These findings have allowed us to study the biology of schizophrenia with excellent starting points and tie together different types of genomic studies.

One important follow-up finding revealed overlapping genes for schizophrenia. Using modern technologies, we can study the genetics of schizophrenia in several different ways. The 128 findings above have significant overlap. This degree of convergence is remarkable and strongly suggests that we are circling in on the true nature of madness.4,5

What Causes Schizophrenia? What Is the Nature of Madness?

Genes clearly are involved in schizophrenia, but we have more hard work to do to tease out more specific answers than that. Although we have identified more than 100 places in the human genome involved in schizophrenia, there are hundreds more. Larger studies should help us develop a far more complete enumeration of the genes involved. These genes—what they do and when and where they do it—will deliver the biological clues needed to understand the mechanisms underlying schizophrenia.6,7

These are not the only important questions, either within or beyond genetics research. Among the additional challenges:

In the past two years, genetic studies have changed the landscape of schizophrenia research. After a lot of uncertainties and false starts, we now have a solid path to greater knowledge. Nothing is foolproof in science, but we now know what we need to do. We just need to do more of it. Thus, studies being conducted right now will add resolution and detail to the major advances from last year. Planned studies have the potential to add considerably more knowledge.

The PGC Nature paper from 2014 studied some 36,000 individuals with schizophrenia. The PGC is now in the process of increasing that number to around 60,000 people with this illness. Current plans include considerable expansion beyond that.   We don’t now know the causes of schizophrenia, a disease that affects 24 million Americans and will afflict another 100,000 who will experience a first episode in 2015. The hunt for its causes is old, and schizophrenia has been unusually intractable to methods that have worked well for other diseases. But I and many of my colleagues perceive that we’ve turned a corner, that there are chinks in the thick armor surrounding schizophrenia’s core biology. The deep hope is that we are now on a path that will make real differences on the near horizon.