Back to Parent Page
HomeBriefingsReady to Read? 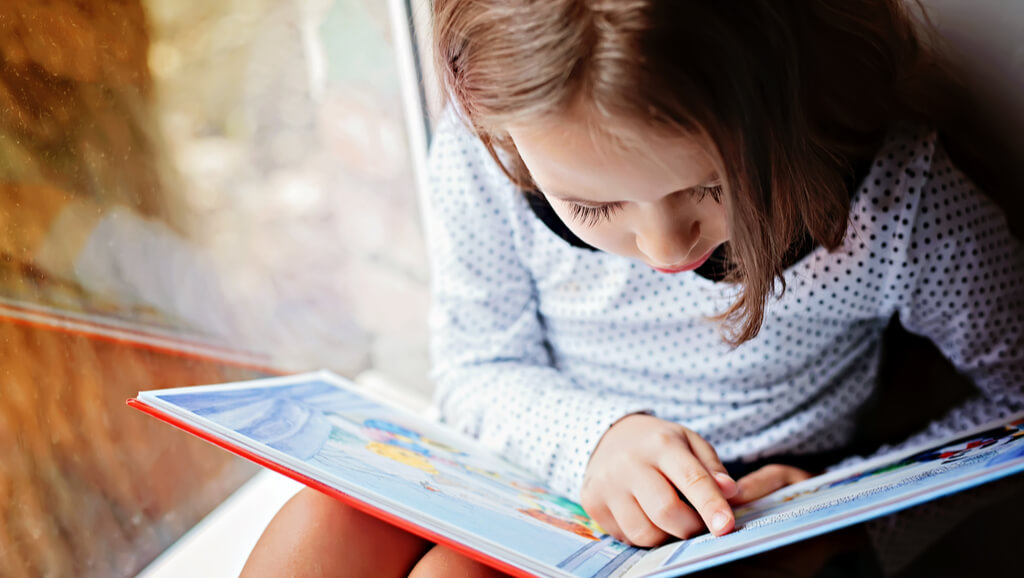 Nearly two decades after the common reading disorder dyslexia was formally recognized as neurobiological in origin, we understand better than ever what reading looks like in the brain and what’s different in children who struggle to read. Translating those findings into practical tools to help struggling kids has been slow, even amidst a new push for universal screening of all 3- to 5-year-olds to identify those likely to struggle to read before they begin kindergarten.

“We have a reading crisis in this country. For the last 35-plus years, we’ve had a reading crisis in this country,” says Nadine Gaab, Ph.D., a neuroimaging specialist at Harvard Medical School and Boston Children’s Hospital who studies dyslexia. “It’s not for lack of educational policies to try to address it,” she adds, pointing to No Child Left Behind and other programs over the years. “Nothing has moved the needle.”

According to The Nation’s Report Card, which tracks U.S. education statistics, 65 percent of American fourth graders are reading below grade level, and the proportion rises to 80 percent among children of families living at or close to poverty (as defined by free lunch eligibility). Those dire numbers haven’t changed much since 1992, when the National Center for Education Statistics started testing. Its periodic nationwide assessments of reading and math proficiency now involve nearly 300,000 children in fourth and eighth grades.

Reading, it turns out, is a complex high-order cognitive skill that draws upon a number of foundational capacities that the brain then has to organize, integrate, and extract meaning from. A reader needs to map the sounds of the language she has heard onto letters she sees, she needs to decode the letters and sounds to form words, and then she needs to understand the meanings of the words and how they fit together to comprehend sentences.

Different brain areas underlie each of these subskills of reading and communicate with one another via white matter tracts that crisscross the brain. These tracts comprise bundles of nerve fibers that are sheathed in myelin, a fatty substance that helps transmit nerve signals efficiently and gives white matter its namesake color. If the brain were thought of as a circuit board, the white matter is the wiring that shuttles electrical impulses across and around the brain.

In the last 15 years or so, advances in neuroimaging–especially a technique for measuring white matter tracts called Diffusion Tensor Imaging or DTI–have confirmed that the organization of these wires is critical to how children learn to read. Subtle differences in how certain tracts are organized and how efficiently they interact are strongly associated with how easily a child learns to read. Gaab’s lab has extended these findings to infants as young as six months who have a heightened risk for dyslexia based on family history, finding changes similar to those seen in older kids with dyslexia.

“We already see these brain alterations in preschoolers,” Gaab says. “They predate their first day of kindergarten, so the logical interpretation here is that most likely, these kids start their first day of kindergarten with a less optimal brain for learning to read. This has strong educational implications. You want to recognize these kids right then and do something right there.”

Currently, children who struggle to read typically don’t get the help they need until they have repeatedly failed to reach certain milestones of success–often termed “wait-to-fail.” Backed by her research on infants and preschoolers, Gaab advocates a new paradigm that screens children for reading problems long before they start learning to read. She calls it “preventive education,” modeled after preventive medicine: identify children at risk through well-child pediatric visits at age 4 or 5 or through public screening programs, and intervene accordingly. Gaab likens it to cholesterol screening programs that identify people with high cholesterol and tailor a treatment plan to prevent progression to heart disease. She thinks such an approach is the best hope to “move the needle” on nationwide reading scores.

One concern in the drive to screen preschool children is the sensitivity to “labeling” children as reading-impaired at such an early stage in their development. Dana Alliance for Brain Initiatives member Martha Denckla, M.D., a child neurologist and professor emeritus at Kennedy Krieger, argues that a cognitive skill as advanced as reading most certainly has a normal range of variation, like more basic motor skills do. Denckla prefers to think of people who have difficulty reading as having an “inconvenient difference in biological organization.” Though she is quick to point out that the disability moniker is crucial for enabling struggling kids to get the help they need in the special-education system, she worries kids will be stigmatized for being singled out for special intervention, possibly even psychologically damaged at a key developmental period.

“People arrive very early at ‘I’m not meant for school’ as a position about themselves,” Denckla says. “It creates a sense of inadequacy and failure on the part of a very young child.”

Yet, struggling to read also puts a child at higher risk for mental health challenges, including low self-esteem, feelings of shame, anxiety and depression, a higher risk of suicide, and externalizing behaviors like general aggression. Earlier identification could help mitigate these risks, Gaab says.

“These things start as early as kindergarten and preschool,” she says. “You were king of the mountain at day care, then you start kindergarten and everyone maps the sounds to the letters, but you just can’t figure it out. The feelings don’t start in third grade when someone tells you that you have dyslexia; they start when everyone else can do it and you can’t.”

The big questions of when the brain is ready to learn to read and how that differs in each child remain largely unsettled, says Jason Yeatman, Ph.D., a neuroscience researcher at Stanford Graduate School of Education, who has focused on learning how reading interventions change children’s brains. “We’re still trying to understand which wires are malleable to experience and during which ages,” he says.

Yeatman’s lab is conducting one of the few rigorous longitudinal studies of children enrolled in an intensive summer reading program that tracks not only their reading progress but the subtle changes in white matter associated with it. The research shows that once children get into a high-quality learning environment, rapid and widespread changes are seen in certain white matter tracts while others barely change at all. Yeatman thinks this supports the idea of a differential sequence of “sensitive periods”–periods of high malleability in response to experience–among different parts of the reading circuit. Unpublished data from the study also show a range of variability in the response of individual children: one year later, reading skills had improved by one grade level on average, with some kids excelling beyond their peers while others reverted to the level they were at before the intervention. Yeatman wants to know why.

Future studies will try to unravel the sequence of development and where the windows of opportunity are for each child. “Understanding how basic mechanisms vary across children can help us better tailor and time our educational interventions to individuals,” Yeatman says, an approach he calls the educational equivalent of precision medicine.

“Precision education,” Yeatman is careful to point out, is a research goal–something to work toward in the next 5-10 years as opposed to something educators can apply to their teachings now. Such caution may be merited, given the slow slog from research to classroom. Neuroscience hasn’t always crossed over into educational journals, Denckla points out. “It doesn’t really impact their life as a teacher.”

Brian Wandell, Ph.D., a Stanford University neuroimaging specialist whose team presented some of the earliest research using DTI to link changes in white matter with difficulty learning to read, is resolute: “From my point of view, there are not any findings [from the neuroscience of reading] that are immediately applicable to helping children in the classroom.” [Wandell is a former Dana Foundation grantee.]

Some educators feel differently, Wandell acknowledges. “They will tell you the fact that research shows that reading difficulty is a biological measure, that it’s not because you’re lazy or stupid or not trying hard enough, is helpful. For them, for the families, and for the children.”

The acknowledgement that dyslexia and reading problems have neurobiological roots was an important step forward for a lot of parents, advocates, and teachers, Yeatman says. But realistically, it could take decades for today’s scientific advances to make a practical difference in education. “We need to figure out the science, work out the circuit, understand how it works together, and then use interdisciplinary approaches to figure out how that information can be used in the classroom,” he says. “These are long-term goals.”

Gaab sees the lab-to-learning link as more of an indirect relationship, at least for now. For example, neuroimaging may never be a practical method for diagnosing dyslexia, but discoveries from neuroimaging research can inform education policy, as it has in the movement to screen early for dyslexia, now required by legislation in 35 states.

“You can still learn a lot from the brain that will inform education, even if it’s not a direct link,” she says.