Back to Parent Page
HomeScientist Q&AsQ&A with Richard Jope, Ph.D.

In “Lithium to the Rescue,” the title of this month’s Cerebrum article, Richard S. Jope, Ph.D., and Charles B. Nemeroff, M.D., Ph.D., neuroscientists at the University of Miami School of Medicine, write about the neuroprotective powers of lithium, an element Mother Nature has put in some drinking water sources. Scientists have since learned that lithium is not only neuroprotective, but is also one of the psychopharmacological agents that increase new neuron production (neurogenesis) in the hippocampus, a critical brain area for learning, memory, and stress responses. We asked Jope to elaborate on some of the points he and Nemeroff make in the article. 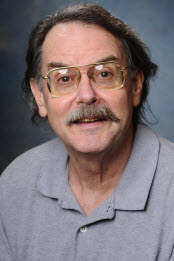 What inspired you to study lithium?

I was studying the neurotransmitter acetylcholine and found that its depletion caused hyperactivity in rats, so I tested lithium and several other drugs and found a large increase in blood levels of choline, the precursor of acetylcholine. So it was just a drug screen that resulted in an interesting finding.

When and by whom was lithium first synthesized into pill form for pharmaceutical use?

In 1949, John Cade, an Australian psychiatrist, first gave lithium to bipolar patients and had success.  Despite not having much science behind it, he gave it to a dozen patients and had fantastic responses. In 1954, Mogens Schou in Europe followed by using lithium in clinical trials for mania. They were the two who started the modern ball rolling.

Is lithium used in clozapine or in combination with any other drug?

It’s not mixed in a pill with any other drug, but it’s quite often given with an antidepressant.

You talk about the considerable benefits and suspected benefits of lithium and that too much lithium is toxic. Are there any negative effects?

It can cause lethargy, hypothyroidism, renal dysfunction, and other side effects. Like any drug over a long period of time, it can have side effects at therapeutic levels.

You write that lithium’s neuroprotective quality is tied to inhibiting a harmful enzyme that causes stress.  How come it isn’t able to inhibit proteins that cause Alzheimer’s disease, Parkinson’s disease, and other neurodegenerative disorders?

The molecular shape of lithium only allows it to bind to a few proteins, such as the enzyme, glycogen synthase kinase-3 (GSK-3) , that have a pocket that it can fit into. By inhibiting GSK3, lithium is inhibiting a toxic pathway in Alzheimer’s disease.

What does your intuition tell you about the potential of lithium to slow other neurodegenerative disorders?

Theoretically, very strong evidence in animal models exists that lithium’s inhibiting GSK3 should slow Alzheimer’s disease. All the basic science and some of the clinical science suggest that. That’s why people are currently conducting clinical trials.