His PLoS Medicine paper published in 2005 is the most accessed and downloaded paper in the journal’s history (with approximately 1.5 million hits) and his current citation-impact (exceeding 20,000 new citations in the scientific literature every year) is among the highest of all scientists. John P.A. Ioannidis, M.D., D.Sc. the author of November’s Cerebrum article, “Failure to Replicate: Sound the Alarm,” discusses why most biomedical research papers (including even many of the most influential ones) later turn out to be wrong or exaggerated—and what can be done about it. The Q&A is also based on responses from talks sponsored by PloS and Stanford University. 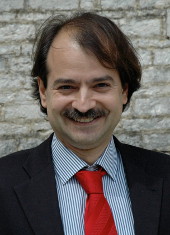 What inspired you to study the way scientific studies are conducted?

As a researcher myself I could see on a daily basis major challenges in my work on how to best design, conduct, report, interpret, synthesize, and disseminate scientific findings. Bias and error were very easy to creep in. I felt that instead of focusing on narrow questions, a major issue was how to find ways to reduce biases and errors and make the process of scientific investigation more efficient.

Were you surprised by the reaction to your first paper ten years ago, “Why Most Published Research Findings are False?”

I was humbled that this work drew so much attention from very different scientific fields, ranging not just from biomedicine medicine but also psychological science, social science, and even astrophysics and other more remote disciplines. Since then I have learned from many people in biomedicine and beyond about their experiences—both empirical and theoretical. They have provided insights about research practices and how we can improve them. So it’s been a learning experience for me.

What were you trying to accomplish in your second updated paper in PLoS Medicine in 2014?

I was trying to move one step forward and communicate how we can make more public research true; meaning how can we probe and identify the best research practices that lead to the most reliable results, and do that in a more efficient matter. There are lots of ideas circulating in the scientific literature; some of them have been tested more rigorously than others. There are lots of possibilities where we can see improvements in the efficiency and credibility of scientific results.

I’m also trying to present different options, such as improving peer review, transparency, limitations, eliminating conflicts of interest, improving data sharing, thinking about using registration of studies in various and appropriate settings, and how to align the different stakeholders who are involved in the scientific process. Beyond scientists there are stakeholders: universities, funders, journals and publishers in the industry, and the general public who would be interested in scientific results for different reasons.

The fact that science is so difficult to conduct is really telling in terms of how important it is. Science cannot be replaced, despite the denialists of HIV and climate change and those who espouse creationism approaches. Their chances of being correct are practically zero percent. We may get it wrong initially but hopefully, by using the scientific method, we have ways to improve on our initial errors and try to correct them.

What is the stage in which most studies get it wrong?

It’s a continuum. There are multiple phases and each phase has its waste contribution. And there’s waste contribution even from selecting the study to perform or the question that the study is asking. There are lots of studies that have no rationale to be done. If someone says, “I’m going to do another meta-analysis on statins for prevention of atrial fibrillation in cardiac surgery”, I will point out that we have 20 already, why do we need a 21st. But I’m sure one will probably be along in the next few months. There’s been a lot of waste in design, conduct, analysis of the data, reporting of the data, and in the post-publication interpretation. It’s not just one area.

What about the role of journals?

Journals can be a very influential stakeholder in the process because they control much of the reward and censor system. So this means that they can make things far worse or they can make things far better. One example where they make things worse is where you have journals that are willing to accept practically anything, hardly with any peer review. There was that hoax that was published in Science; close to 300 journals were sent a paper that was a fake paper with all the errors that you can imagine. Half of them accepted it and another 20 percent were still considering it.

They can do things much better. For example, registration of clinical trials would not have been successful unless all the major clinical journals had agreed that we’re not going to publish a clinical trial unless it is registered. People have been talking about registration for ages. In the 1990s, BMJ (British Medical Journals) had come up with a nice idea about a trial amnesty, saying that if you haven’t published your results, we will forgive you; come out and tell us what you found. Practically nobody came out to tell what they found. But, when BMJ, JAMA, Lancet, the New England Journal of Medicine, and all the other specialty journals agree not to publish unregistered studies, this can matter and the same can apply also to other initiatives, such as data sharing.

Would reforming how scientists are educated help?

Most scientists in biomedicine and other fields are mostly studying subject matter topics; they learn about subject matter rather than methods. I think that several institutions are slowly recognizing the need to shift back to methods and how to make a scientist better equipped in study design, understanding biases, in realizing the machinery of research rather than the technical machinery.