Only is the last five to ten years has clinical research caught up with the idea that a meaningful life has a biological role in improving one’s health. This month’s Cerebrum, “New Movement in  Neuroscience: A Purpose-Driven Life (PIL),” makes the case that positive interaction between mind and body improves cognition and is a way to treat dementia, stroke, spinal –cord injury, and diseases that extend beyond the brain. One of the article authors, Adam Kaplin, M.D., Ph.D., the chief psychiatric consultant to the Johns Hopkins Multiple Sclerosis and Transverse Myelitis centers, and the inventor and co-developer of Mood247.com, a site that employs mood-tracking technology, discusses this relatively new area of neuroscience research. 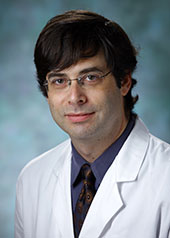 What sparked your interest in PIL as a research area?

Kaplin: It was the work done on dementia. We, as physicians, are particularly good at coming up with risk factors, rather than protective factors, and studies showed that people who were integrated into communities and who stayed active and socially involved were able to stave off memory loss.

Marilyn Albert (director of the Division of Cognitive Neuroscience and its Alzheimer’s Disease Research Center at Johns Hopkins University School of Medicine) should get a lot of credit. She is someone who lectured about this protective phenomenon for years.

Can you speak to the issue of correlation versus causation as it relates to PIL?

Establishing causality is a difficult thing to do in humans, because they’re not guinea pigs on whom randomized and controlled studies can be easily performed. In biology in general, causality is based on showing that something is necessary and sufficient to account for the affect. In the case for effortless cognitive reserve, we would need to randomize people to some cognitive effortful activity. A study that came out in Nature a few years ago involved neuroracer, a cognitive multitasking test that showed improvement in older people. Positive effect on cognition occurs with an intervention on randomized individuals.

Another example of this which is very relevant to psychiatry is that we know that depression in the year following a heart attack is one of the biggest, if not the biggest, indicator of the risk of a lethal cardiac event. But what we haven’t been able to demonstrate is that if you remove the risk for depression or treat it to remission, it will result in decreased mortality.

What are the obstacles in studying PIL?

The first is to establish or demonstrate a plausible mechanism that PIL actually leads to better health. The second, especially if you want to prove causality, is to actually find ways to improve a person’s purpose in life. That is one we’re wrestling with, and there are a number of approaches.

One approach, for example, are involving paralyzed individuals with activities like skiing or scuba diving. These types of activities have a rejuvenating effect and lead to increased PIL scores. Also, sharing one’s story about overcoming adversity or a chronic illness helps others adjust their own life.  We are close to starting a mentorship program to do this with people suffering from multiple sclerosis.

How about for people who are simply bored and not stimulated enough?

This is rather an enormous issue, one that is very much tied to “the end of men” or the concept of boys underachieving and girls overachieving. It has gotten to the point where computer games are so realistic that they create an adrenaline rush and make boys susceptible to getting sucked in to playing these games and having the reward center in a part of their brains stimulated. The problem is that it’s all parallel play and that’s not what our society is really about. Our society has gotten more and more complex and is about collaboration. Through collaboration, people gain a sense of purpose because they are pulling together towards a common goal. This is part of the reason we are seeing more applications to medical schools, even though the debt students have to take on can be enormous. Studies show that millennials are willing to work in occupations where purpose trumps salary.

Where do you see the PIL research in five years?

In addition to finding ways to improve PIL on an individual basis, we will need to continue to explore causality.  The other thing will be to find the mechanism in which PIL benefits people. We know that chronic inflammation causes very bad health outcomes, whether it’s worsening depression or heart attacks and stroke. What we suspect is going on, based on some of the genetic studies, is that some of the genes with people who have high PIL tend to fall into the pathways related to cortisol, or stress hormone production. So we think that maybe having a high purpose in life anchors someone and gets them through the vicissitudes and bumps and bruises in life by providing confidence and reassurance. We know that chronic stress leading to chronic cortisol elevation results in down regulation of the response of the body to cortisol. Since cortisol is also the shut off system for the immune system, it’s like riding your emergency break and then, when you need that break, it’s not there anymore. And that is what we think might be going on when you lose your sense of purpose.