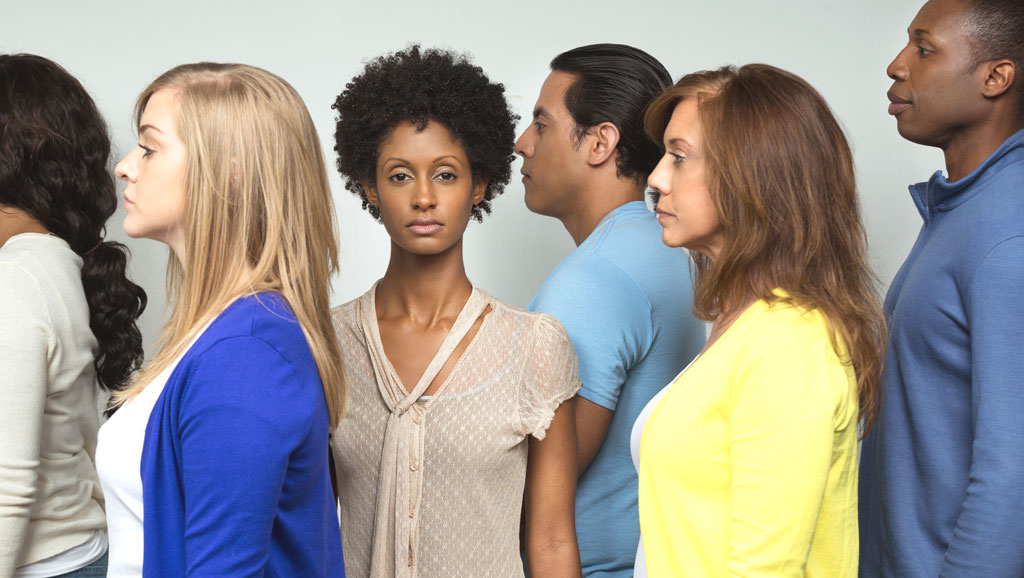 More than 3 million adolescents between the ages of 12 and 17 have experienced at least one major depressive episode, according to the National Institute for Mental Health (NIMH). This disorder can have profound consequences on interpersonal relationships, academic performance, and overall health. The NIMH reports that nearly 13.8 percent of white adolescents are diagnosed as depressed, as are 13.8 percent of bi- or multi-racial adolescents, but only 9.1 percent of black adolescents are so diagnosed. Such disparity has led some researchers to question the metrics used to assess and diagnose the disorder. A new study suggests that clinicians and researchers may need to rethink how they use a common assessment tool, the Center for Epidemiologic Studies Depression Scale (CES-D), when studying black adolescents.

Generally speaking, minority populations in the United States, particularly African-Americans, have poorer overall health than their Caucasian counterparts. For example, African-Americans are more likely to be diagnosed with asthma, heart disease, and diabetes. Yet, when it comes to mental health, Black Americans are less likely to have a diagnosis of psychiatric disorders. Does that mean their risk of such disorders is lower than average, or is something else going on? Eliseo J. Pérez-Stable, M.D., director of the National Institute on Minority Health and Health Disparities (NIMHD), says that it is part of his institute’s mandate to understand the causes of such disparities and help guide interventions to reduce or, ideally, eliminate those differences, but it may be difficult to do so with mental health conditions like depression.

“There’s no biological biomarker for any diagnosis in mental health,” he says. “Clinicians rely on structured interviews or standardized measures to help assess things like depression. Most of these tools were developed using white, upper-middle-class college kids as study participants. Back then, we didn’t think that we also needed to test different racial ethnic groups to create or validate these tests. We didn’t think we’d see significant differences.”

One such tool is the CES-D, a short 20-question standardized measure developed in 1977 that assesses depression-related symptoms including poor appetite, feelings of loneliness, and interpersonal conflict over the past week. Michael Lindsey, director of the McSilver Institute for Poverty Policy and Research, says that the CES-D can give researchers and clinicians an initial impression of depressive symptoms by breaking symptoms into four domains: depression affect, somatic symptoms, interpersonal relations, and positive affect.

“It’s not a diagnostic tool, per se. But it’s a good tool for researchers because you can administer it quickly, get a great impression about whether there are elevated symptoms, and also use it as an outcome measure when you are looking at how well an intervention is working,” he says. “But while this is an effective assessment tool, some studies have suggested that maybe black adolescents manifest depressive symptoms in a different way. That might influence how the CES-D assesses them for depression. And we thought that might be worth looking at.”

To investigate whether this measure could validly assess black adolescents for depression, Lindsey, Wenhua Lu, a professor of childhood studies at Rutgers University Camden, and their colleagues asked 792 black adolescents, aged 11 to 21, who lived in public housing developments in four major urban areas, to take an assessment using the CES-D. The researchers found that black youth were more likely to express their depressed feelings by complaining about physical pains or interpersonal conflicts, and assessors should pay careful attention to questions in the interpersonal relations and somatic symptoms domains when getting that initial impression of whether a person is experiencing depression. The results were published online in the Journal of the Society for Social Work and Research in October 2017.

“These kids weren’t directly stating depressed feelings but instead talked about how they were dealing with interpersonal struggles with their peers or teachers or about physical aches, like stomachaches or headaches, that could not be medically explained,” says Lu. “This suggests that black adolescents are experiencing their depression in unique ways, different from other racial groups.

“This is important. Different minority groups may have cultural and social influences that affect the validity of these assessment tools. If we don’t validate them for different racial groups, we may find that different groups, like black adolescents, are being underdiagnosed.”

Lindsey agrees. “The CES-D is a great tool. We aren’t suggesting that it shouldn’t be used for African-American or black youth. But we are saying that we have to interpret their symptoms a little differently than the original conceptualization of the test suggested,” he says. “There may also be similar differences in other minority groups.”

Lindsey would like to see common measures of depression, as well as other mental health disorders like anxiety or trauma, validated across various ethnic and social groups.

“I think we need to push to do more of these single sample studies to help us better understand the experiences and symptoms of particular minority groups,” he says. “These differences are important to make sure that we have the right assessment tools on hand. Because those tools are what set the path to successfully diagnosing and then treating mental disorders.”

Pérez-Stable agrees. “This study offers new evidence that we might have to conceptualize depressive symptoms slightly differently in black youth. This kind of work is critical to help us better diagnose and treat depression in adolescents,” he says.

But he cautions that addressing mental health disparities in different racial populations is going to take more than just validating common assessment tools. He says we also need to look at the underlying causes of the disorders themselves, because there is still much to learn about why one psychiatric disorder may be more prevalent in one racial group over another, or why symptoms may present themselves differently in different ethnic communities.

“In some ways, we’ve come a long way in health disparities research. But these issues have not been well studied in mental health and there is a real opportunity to advance knowledge,” he says. “If we can find out if there are different mechanistic pathways that we can systematically study, if we can investigate what social, environmental, or biological determinants are in play in these differences, we have the opportunity to make a significant difference in treatments and outcomes.”