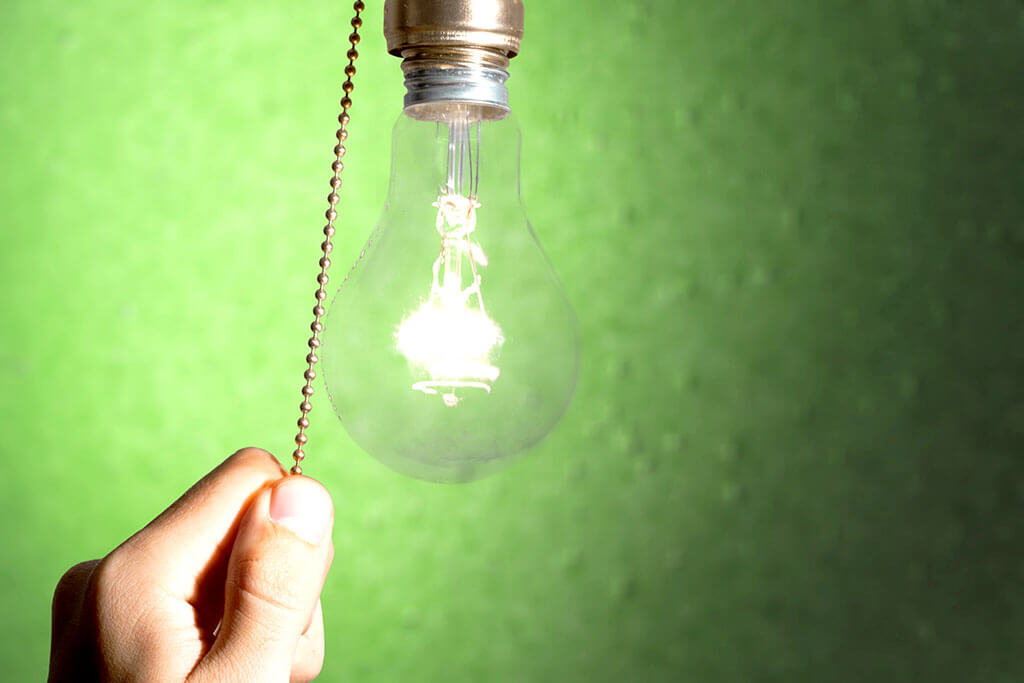 Drugs have long been the mainstay of treatment for serious mental illness, greatly improving the lives of many people with depression, bipolar disorder, and schizophrenia. But they’re far from perfect; they don’t work for everyone, and even those who get relief may experience substantial residual symptoms and troublesome side-effects.

While research to improve pharmacotherapy continues apace, many neuroscientists and psychiatrists are investigating a radically different approach: small electrical currents to stimulate the brain.

“This is one of the fastest growing areas in psychiatric research,” says Noah S. Philip, director of psychiatric neuromodulation at the Providence VA Medical Center. “The number of new clinical trials is exploding.”

Attitudes toward neurostimulation, Philip suggests, changed some 10 years ago, with FDA approval of transcranial magnetic stimulation (TMS) for treating people with depression that had not responded to medication. “As soon as people saw that the technique [which uses rapidly fluctuating magnetic fields to induce small currents in the brain] works, it wasn’t a fringe idea anymore, but something with which they felt more comfortable.”

What makes neurostimulation “incredibly attractive” is its safety, says Philip, who is a practicing psychiatrist as well as a researcher. Unlike pharmacotherapy, “it’s not associated with weight gain, diabetes risk, or sexual [difficulties], which are very problematic for patients.”

It may also improve treatment by clarifying the neurophysiology of mental illness and treatment. “We see that [conventional approaches] work, but we don’t know why,” he says. “There’s a push now to understand what’s wrong and rationally develop treatments to correct the problem.”

Neurostimulation is a good fit for that approach, he says. “If you can see what part of the brain is not working how we want it to work, you can target that region.” Combined with neuroimaging, it can delineate interconnected neural networks central to mental health and disease: “affect one area and you may see a whole series of downstream effects, deep inside the brain.”

Thus far, depression treatment has had the strongest research support. “Schizophrenia is a close second,” says Philip. “There are still a lot of negative studies, but there’s a signal that it can work.”

In schizophrenia, the most data are on the use of TMS for auditory verbal hallucinations (AVH)—hearing voices—a highly troublesome, treatment-resistant symptom. “In AVH, there’s excess activation in verbal and auditory brain areas, and the idea is to lower cortical excitability, to reduce the spontaneous firing rate.” says André Aleman, professor of cognitive neuropsychiatry at University of Groningen in the Netherlands.

Studies by Ralph Hoffman of Yale achieved promising results some 20 years ago, and while subsequent studies have been mixed, a recent meta-analysis found that, upon the whole, TMS works better than placebo. “We still don’t know if it’s not such a good treatment, or has some promise,” says Aleman. “There’s a lot to sort out before we can arrive at a strong conclusion.”

While hallucinations and delusions are dramatic symptoms that usually draw the most attention, apathy and social withdrawal are just as common in schizophrenia, often have greater impact on patients’ lives, and respond poorly to medication. A recent multicenter study by Aleman and colleagues suggested that brain stimulation may help patients in whom these “negative” symptoms are prominent.

Because neuroimaging studies have linked these symptoms to dysfunction of the dorsolateral prefrontal cortex (DLPFC), the researchers targeted this region with TMS to increase its excitability. After three weeks of treatment, negative symptoms had improved significantly more among treated patients than in a placebo group. Superiority was still evident three months later.

The researchers explored the effects further in a subgroup of patients. Using mass spectrometry to non-invasively measure brain chemicals, they found higher levels of glutamate—the most common excitatory neurotransmitter—and its metabolites in DLPFC of treated individuals. fMRI studies showed that DLPFC activity increased more in the treatment group.

Symptom improvements were modest, however. “Our study was interesting and promising, but [ changes were] not sufficient at a clinical level,” Aleman says. “It may be naive to think that brain stimulation alone for a couple of weeks may be enough to treat negative symptoms that have been a problem for years,” he says. “We need to look for clinical relevance in combinations of brain stimulation, psychosocial approaches, and medication.

“In a new trial, some patients will not just get TMS, but behavioral activation therapy too.”

Aleman is also conducting studies with variants of TMS, as well as transcranial direct current stimulation (tDCS). The latter technique, which subjects targeted brain areas to very small (1-2 microampere) electrical currents through electrodes on the scalp, has significant advantages over TMS, says Philip, whose 2017 paper reviewed tDCS studies in psychiatry.

For one, its minimal amperage makes tDCS even safer than TMS. For another, it’s technically much simpler, “a small simple circuit that includes the brain,” says Philip. “You can do it with a 9V battery as a power source. It’s not hard to envision using it at home, rather than in the clinical environment.”

[In fact, through a quirk in the US regulatory process, while tDCS devices are not approved for any medical application, they are commercially available for “enhancement” of cognitive or other functions; blueprints for DIY devices are readily found on the internet.

“It’s a buyer beware,” says Philip. “Used properly, tDCS is very benign, but people have done terrible things to themselves.” (see also “The Illusion of the Perfect Brain Enhancer”]

“We don’t have any useful treatment for these deficits,” says Sukhi S. Shergill, professor of psychiatry and systems neuroscience at King’s College London, and the senior author of the paper reporting this research in Brain. “Imaging work previously demonstrated issues with prefrontal cortex activation, and the simple, mechanistic idea was to use neuromodulation [to correct this].”

“tDCS looked safe and tolerable, and in healthy people seemed like it could modulate brain activity and positively affect [cognitive] performance.”

In the study, 28 people with schizophrenia received four days of cognitive training. Half were treated with tDCS during two of the sessions, half with sham stimulation. There was no difference in working memory when tested during the sessions, but significant improvement in the treated group 24 hours later. Measures of executive function also improved.

Most striking, says Shergill: “In this relatively ill group, it appears to work on a behavioral level. That performance became evident a day after stimulation suggests that the impact was on consolidation, on longer-term plastic change. We retested four weeks later and the effect on working memory remained.”

Performance on unrelated tasks suggested that improvements generalized to a broader brain network, he says.

Comparing fMRI scans, they found that increased activation correlated with improved working memory. “Patients with most activation had the most improved performance. This was surprising,” says Shergill. “A bit much to expect.”

“What was exciting was reduced activity in the cerebellum during cognitive tasks in the treated group. The cerebellum is a forgotten side of neuroscience.” Other brain areas, such as the anterior cingulate gyrus and parietal cortex, were also involved. “This finding suggests that while the DLPFC is relevant to cognitive deficits, applying tDCS locally could effect real change in an entire distributed network,” she says

“This is a very elegant study,” says Philip. “It ties together what we think should happen with stimulation, how the brain responds, and how the person responds. The next step is how to translate it into real treatment.”

The research team is already moving in that direction. “An issue is relevance to real life,” says Shergill. “One study we’re running at the moment uses a virtual reality environment to break down the tasks we’re using and see if we can still quantify changes.”

A question that all the researchers interviewed for this article are addressing is optimizing parameters—length and strength of stimulation, wave form (some devices use alternating rather than direct current), number of sessions—to achieve the greatest effect.

Tailoring treatment to the individual may be part of the answer. Because these small currents don’t penetrate far, the distance from scalp to brain may substantially influence effectiveness, Aleman says. “If the distance is greater, maybe we should stimulate at a higher intensity.”

Because brain anatomy varies from person to person, so may the optimal location for stimulation. One study showed the stimulation was reaching the wrong target in one-half of patients, Aleman says. “Neuronavigation with MRI could make a difference.”

Miniaturization could effect “remarkable change” in the technology of brain stimulation, Shergill says. “Within the next year or two, I can see people able to go home with a tDCS applicator, and information transmitted via Bluetooth to [optimize] parameters.”