Back to Parent Page
HomeArticlesOf Mindfulness and Incarceration 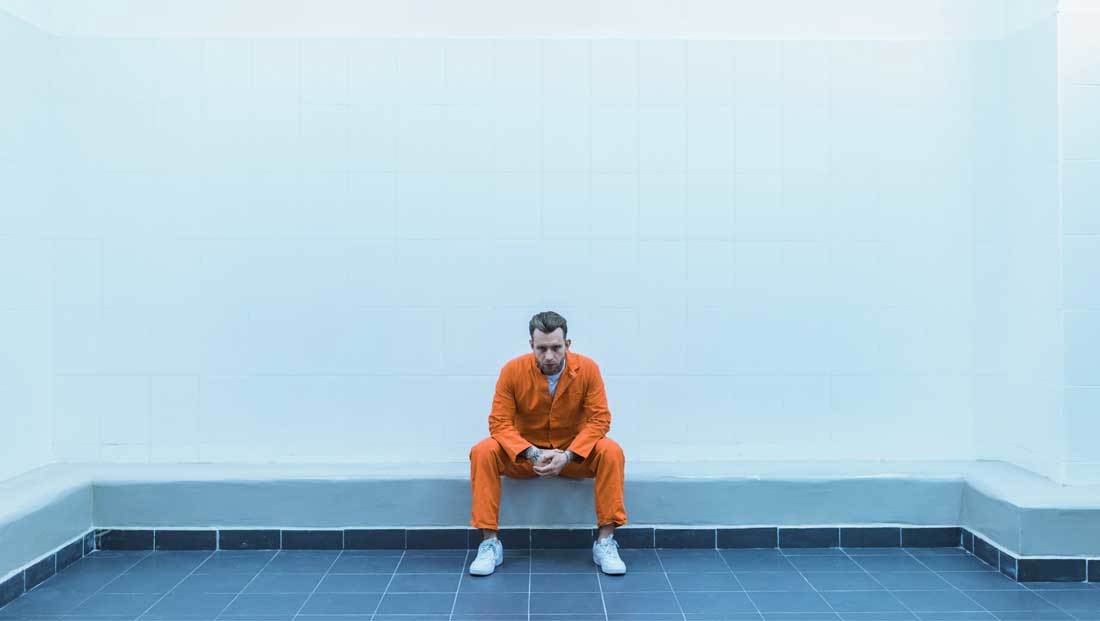 In the Sundance television series Rectify, Daniel Holden, a young man who was wrongfully imprisoned for murder at the age of 17, tries to explain what his experience in lock-up was like.

“When you are alone with yourself all the time, with no one but yourself, you begin to go deeper and deeper into yourself until you lose yourself,” he says. “It’s a perverse contradiction. It’s like your ego begins to disintegrate until you have no ego. Not in the sense that you become humble or gain some kind of perspective. You literally lose your sense of self.”

While Rectify was a fictional account, Holden’s words ring true for many people, especially teenagers, who have spent time “on the inside.” Beyond losing that sense of self, as well as other psychological effects, multiple studies suggest that imprisonment also can lead to decline in traits like cognitive control and emotional regulation. But those negative cognitive consequences can be tempered by a therapeutic intervention combining meditation and cognitive-behavioral therapy (CBT), a new study out of the University of Pennsylvania suggests.

In the US justice system, once a person is convicted of a crime, they may be sentenced to incarceration. The idea is that prison time will punish the offender for the crime in question and protect society from further crime, while, it is hoped, deterring the person from committing future offenses. The juvenile justice system has a further aim: to rehabilitate young people who have committed crimes, helping them learn from their mistakes and become productive members of society when they are released.

But there’s a problem: Incarceration often leads to predictable negative consequences. One is a decline in certain cognitive skills like emotion recognition, emotion regulation, and cognitive control, the very traits that often lead kids and adults to engage in criminal activity in the first place.

“Poor cognitive function is a pre-existing risk factor for offending. We’ve known that for quite a while. But it appears that imprisonment makes some aspects of cognitive function even poorer,” says Adrian Raine, a neurocriminologist at the University of Pennsylvania. “It’s a difficult thing to reconcile.”

Abigail Baird, a neuroscientist at Vassar College, says this negative effect on cognitive functioning may be even more of an issue for teenage offenders. “There’s a well-known interaction between how young you are when you go to prison for the first time and how likely you are to go back. That tells us that teens haven’t learned what they were supposed to learn in prison. Prison is an aberrant developmental experience, during a time of great developmental change, that results in a situation where teens don’t have the cognition, they don’t have the life skills, and they don’t have the cognitive horsepower to thrive once they are released.”

Previous studies that suggest that criminal offenders show irregular activity in areas of the brain like the frontal lobes and the amygdala, areas implicated in the cognitive issues common to those who commit crimes. As mindfulness training has been shown to help better activate and coordinate communication between these areas, Raine wondered if it might make sense to use a combination of meditation and cognitive-behavioral therapy (CBT), a program called Power Source, to try to help teenage inmates better control and regulate their emotions. The results were published Nov. 17, 2017, in Criminal Justice and Behavior.

“Sometimes there is an advantage to putting together different treatment programs—just to see if they might have a synergistic effect,” he says. “We thought this could be a useful combination as CBT has been efficacious in the past in this population and might help make the study participants more open to the mindfulness component of the program.”

To test the idea, Raine and colleagues recruited 197 men aged 16 to 18 who were incarcerated in a youth prison facility. The group was randomly assigned to the Power Source program or to an active control condition (group therapy on beliefs about substance use and violence). Both groups were tested on common cognitive control and emotional regulation measures both before and after four months of treatment. The researchers found that the control group showed a decline in cognitive control and emotional regulation metrics when tested at the four-month mark, suggesting that just being incarcerated was responsible for that decline. Those who received the combination of CBT and mindfulness training, however, did not show that same negative effects.

“We think that mindfulness is sort of powering up basic brain functioning in these individuals,” he says. “As such, the mindfulness is acting as a buffer to an environment that negatively affects factors like cognitive control and emotional regulation.”

The ‘right kinds’ of mindfulness

While it’s true that several studies now suggest that meditation or mindfulness techniques can help rescue prison-related cognitive decline, there are some issues that need to be considered before every inmate is offered mindfulness training at intake. First, Raine’s study looked only at younger offenders, he says he’s not sure whether he’d have the same success in an older population. In addition, some aspects of traditional mindfulness training techniques may exacerbate other cognitive problems common in criminal offenders. June Tangney, a clinical psychologist at George Mason University, has found in her own research that mindfulness can increase “criminogenic cognitions” (crime-related thoughts). Those results were published Aug. 3, 2017, in Personality and Social Psychology Bulletin.

“There is evidence that mindfulness is helpful in enhancing self-regulation,” she says. “But the ‘non-judgment of self’ aspect of traditional approaches, where techniques guide you not to judge yourself too harshly, may actually increase things like negative attitudes towards authority, the failure to take responsibility for your actions, and blaming others or external factors for your crimes.”

She seconds Raine’s thoughts that mindfulness can be a positive intervention for those who are imprisoned, but cautions that techniques should be tailored to prison populations, making sure not to “overplay” this non-judgment piece of the equation.

“We certainly don’t want to dissuade people from using mindfulness, because this is a terribly underserved population and these techniques have had really encouraging results,” she says. “But I do think we need to be careful in our guidance and how they are being used.”

Raine hopes that those interested in juvenile justice will consider offering more interventions like the Power Source regimen. Given that teen offenders are still undergoing the myriad critical processes underlying adult brain development while incarcerated, Baird is buoyed by Raine’s study results, and hopes that we can use such studies to help rethink current rehabilitative interventions to find different ways to help these people get back on the straight and narrow.

“This combination of mindfulness and CBT offers a great new direction for potential interventions, to help these kids get the cognitive and other skills they need to survive once they get back out into the real world,” she says. “Generally, once kids are incarcerated, they spend the rest of their lives just trying to catch up. Maybe these different kinds of interventions will help these teens gain the skills they need so they aren’t at an immediate disadvantage once they are released—and so they don’t immediately find themselves in a situation where they are going to go back to prison.”