Back to Parent Page
HomeArticlesNurturing Brain Development in Preterm Infants 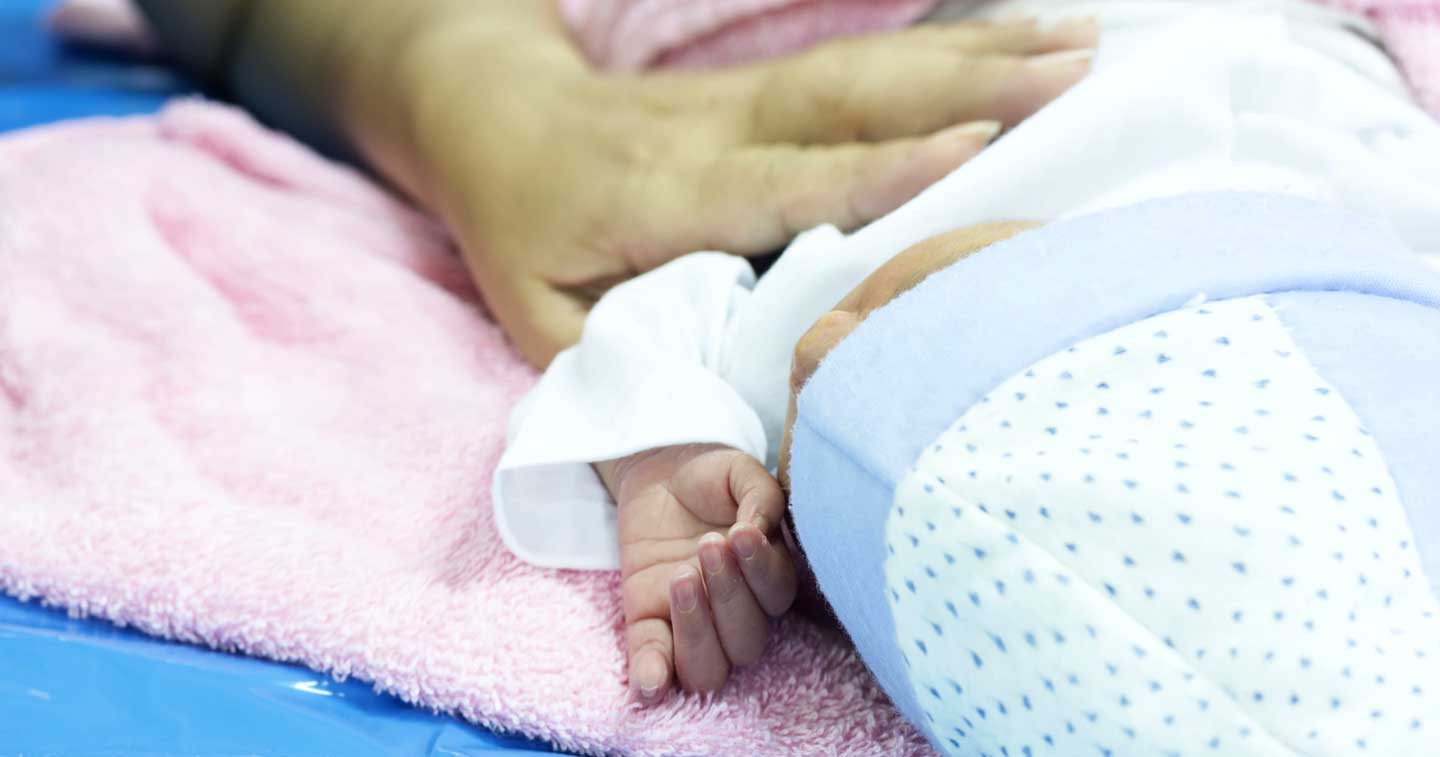 Premature infants, loosely defined as babies born before 34 weeks gestation, arrive in a state of arrested development. The lungs, the heart, the digestive system, the eyes, the ears—and the brain—may not have reached their full potential when a preemie comes into the world. Lacking proper brain development, premature infants are at elevated risk for problems with learning, communication, emotional regulation, and social bonding. But new research suggests that an intervention that focuses on calm, physical bonding between mother and infant can promote the development, in both the brain and body, that was hindered by early birth, significantly improving long-term outcomes for preemies.

When babies are born prematurely, they are usually whisked away to the Neo-natal Intensive Care Unit (NICU) before the mother even has a chance to hold them. There, infants may undergo all manner of different interventions to stabilize vital processes like breathing and heart rate.

“Historically, most NICU care has really been focused on survival. And we’ve gotten very good at that—at least to 24 weeks gestation successfully. These babies do survive,” says Martha Welch, co-director of the nurture science program at Columbia University Medical Center. “The problem is that survival-centric care does not cover development. These babies are at high risk for behavioral and emotional problems. It’s an urgent need that needs to be addressed, because one in eight babies are now born prematurely. It really is like an epidemic.” (See “Early Birth, Altered Brain Connections”)

These behavioral and emotional problems are the result of an underdeveloped brain—and one that is made even more vulnerable by the many necessary medical interventions that are performed in the NICU, says Cynthia Rogers, a child psychiatrist and neurologist at the Washington School of Medicine in St. Louis.

“The main issue is that the brain hasn’t finished developing fully. Not only is the preemie brain smaller but it is also missing a lot of the cortical folding you’d see in a full-term infant. And that lack of development also makes their brains more prone to injury,” she says. “So the goal is to find things that we can do, perhaps pharmacologically or otherwise, to help promote more optimal brain development in these children even when they are inside the NICU.”

Welch and colleague Michael Myers, professor of behavioral biology in psychiatry and pediatrics at Columbia University Medical Center, think the answer lies in nurture: the loving, calming dyadic bond between mother and child. Welch, during her career as a child psychiatrist, had used nurturing techniques to advance development in older children. She and Myers worked together to adapt those techniques for use in the NICU.

“The premature infant has the very same kind of problems I was treating in older children—problems with attention, emotional regulation, and impulse control that have mainly to do with frontal lobe activity,” says Welch. “So we designed an early contact system that could be done while the baby was in the incubator to help the mother calm and relate to the baby early on.”

The FNI method starts with odor-cloth exchange, sustained touches, eye contact, and soothing talk while the baby is in the isolette. Later, interactions include holding and calming sessions with skin-to-skin contact as well as more hands-on care for the rest of the baby’s stay in the NICU. (See also image below.) Welch says these nurturing interactions promote a strong mother-infant bond—and, in doing so, helps foster brain development.

Welch and colleagues have been testing the efficacy of the FNI in random, clinical trials in pre-term infants. Myers says the results have been quite robust, with brain activity increased by 36 percent in those babies who receive the intervention.

“We collected over 128 channels of electroencephalogram (EEG) data, measuring them early during their stay in the NICU and then at term age,” says Myers. “We found really powerful results in the frontal region of the brain, which is associated with key functions like attention and executive control.”

In addition, when the researchers tested the babies at 18 months corrected age, they found the preemies who had undergone the FNI scored significantly better on attention and social-relatedness measures than those who had not received it.

“These kinds of intervention studies are difficult for a lot of reasons. But to find these really profound changes were quite amazing to us,” says Myers. “We have to do further randomized control and effectiveness studies to make sure these effects are real—but they really are quite promising.”

Welch and Myers plan to continue testing the FNI—and hope to roll it out to more clinical trial sites in the near future. They are confident that it is a positive, cost-effective way to foster improved development.

“We think our studies are showing that these emotional, behavioral, and developmental disorders can be overcome,” says Welch. “The more that a mother and child can emotionally connect, and get into this calm co-regulated state, the more it can foster better neurodevelopment later in life.”

Rogers says that the results of Welch and Myers’ studies, to date, aren’t so surprising. Scientists have known for some time just how powerful nurturing maternal behaviors are in terms of brain development and outcomes—especially when that nurture is deprived. But she hopes that this work can be combined with other brain development studies to come up with more precise, targeted interventions.

“Setting up attachment early to promote the caregiver/infant bond with reciprocal positive behaviors is important. But a lot of things need to be pieced out and explored during careful work so we can better understand the trajectory for normal, optimal brain development and the role that nurture plays in it,” she says. “Doing so can help us identify the babies that are most at risk for problems based on biomarkers that we can measure and, at the same time, develop interventions that can be targeted at those children so we can get the best, most efficient outcomes.”