Back to Parent Page
HomeArticlesNot Your Average Joe 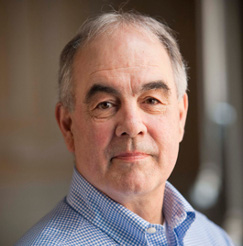 I first met Joe Coyle five years ago when I joined the Dana Foundation as editor of Cerebrum and inherited an advisory board of a half-dozen Dana Alliance for Brain Initiatives members who were considered among the world’s top neuroscientists in their specialty areas. Since I had limited experience in covering neuroscience, Joe helped get me through my first year by providing sage advice on the latest research breakthroughs and recommending the best scientists to write on particular topics. As editor of JAMA Psychiatry for over a decade and past president of the Society for Neuroscience, his expertise in all things having to do with brain research is remarkable.

So it came as no surprise to me and our advisory board members when, this week, Joe was honored by The National Academy of Medicine (NAM) with the 2017 Rhoda and Bernard Sarnat International Prize in Mental Health. The prize recognizes achievements in basic science, clinical application, and public policy that lead to progress in the understanding, etiology, prevention, treatment, or cure of mental disorders.

The selection of Coyle, M.D., who holds the Draper Chair of Psychiatry and Neuroscience at Harvard Medical School and McLean Hospital, reflects his work in laying the foundation for integrating neuroscience and clinical psychiatry and shifting psychiatry’s emphasis toward empirically based brain research.

“Joe’s work facilitated recognition of the central role of the brain in psychiatric disorders and by doing so improved the understanding and treatment of these disorders,” said Scott L. Rauch, M.D., president and Psychiatrist in Chief for McLean Hospital. “The contributions that Joe Coyle has made to the fields of psychiatry and neuroscience are immeasurable.”

Coyle joined Harvard and McLean in 1991 after being recruited to serve as the chairperson of the academic Department of Psychiatry at Harvard Medical School—a role in which he served from 1991 to 2001. Prior to arriving at Harvard, Coyle was a member of the faculty at Johns Hopkins, where under his guidance, the Division of Child and Adolescent Psychiatry transformed into one of the top divisions in the country, contributing to the literature on psychopharmacologic management of serious mental disorders in children.

A graduate of the College of the Holy Cross, he received his M.D. from Johns Hopkins. He completed an internship in pediatrics, a residency in psychiatry, and a fellowship with the Nobel laureate Julius Axelrod, Ph.D. He joined the Hopkins faculty in 1975 and was named the Distinguished Service Professor of Child Psychiatry in 1985.

Says Joe, “The Sarnat Award is particularly meaningful to me because of the record of accomplishments of the previous awardees such as Rosalind Carter and Leon Eisenberg, one of my mentors. I am deeply touched by the Academy’s recognition.”