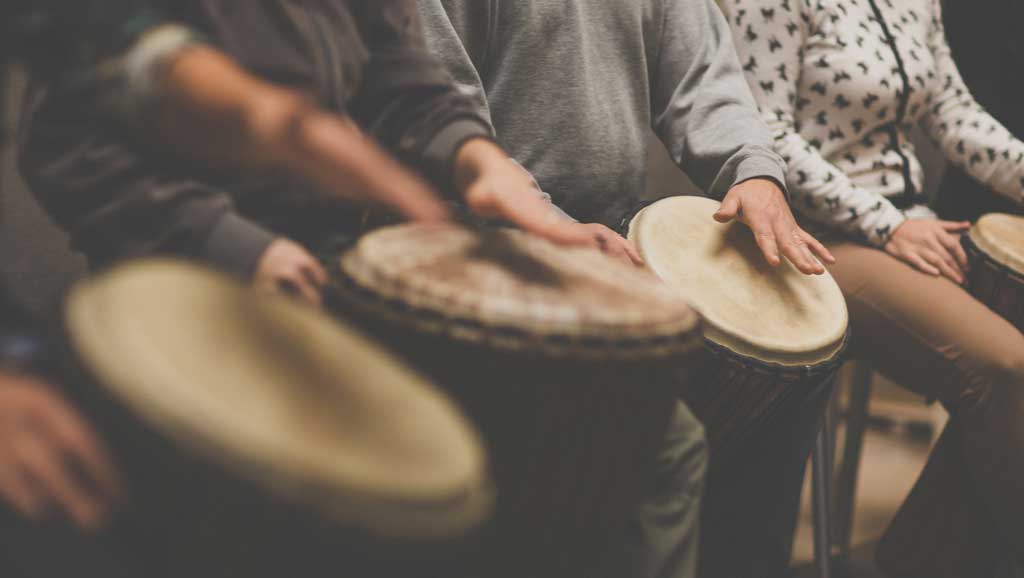 Music is an indisputably powerful force that can incite deep emotions, ecstatic movement, even transcendent bliss, but how and why does it change the brain? Could it mitigate pain in preemies or smooth the shuffling gait of Parkinson’s? Tone down auditory hallucinations in schizophrenia? Reverse cardiovascular disease?

An unprecedented new effort by the National Institutes of Health (NIH) aims to find out. These are just a few of the scientific questions being explored in a wave of music-and-the-brain research grants announced recently by the primary federal research-funding agency, which has committed $20 million over 5 years to the Sound Health Initiative. The grants range from basic research aimed at understanding how music changes the brain throughout life to applications of music therapies to public health menaces like heart disease and clinically challenging psychiatric disorders like autism and psychosis.

“Music therapists and neuroscientists have been doing research on music and the brain and its implications for health separately for decades, but there haven’t been many opportunities to bridge those two fields,” said Tom Cheever, Ph.D., the NIH program officer overseeing the initiative, which spans 10 centers and institutes at the agency. “One of our goals is to bring these disciplines together to see if we can really enhance and accelerate the research in this area.”

The project is a joint effort with the John F. Kennedy Center for the Performing Arts in Washington, D.C., in collaboration with the National Endowment for the Arts, which contributed funds for the research projects.  It began in 2017 with a series of workshops and events at the Kennedy Center, designed in part to attract music lovers to engage in science.

It’s the most significant move yet by the NIH to get to the bottom of music’s purported health and cognitive benefits – long a subject of fascination for a public enamored by music in all its forms. The effort comes nearly a quarter century after the “Mozart Effect” – the still-unproven yet stubbornly popular idea that listening to Mozart makes you smarter – made headlines everywhere and instigated generations of moms to play classical music to their babies before and after birth.

Despite repeated failures by other scientists to replicate the findings of the single 1993 study that showed modest short-term improvements in college students’ spatial skills after listening to classical music, the popular idea of a “Mozart Effect” has endured in the public vernacular, fueled by a best-selling book and a decade of savvy marketing of related products. The Mozart myth is in many ways a testimony to the public’s intrigue with how music and singing affect the brain throughout life, in sickness and in health.

Music is, after all, universal to the human condition. Music-making is believed to have taken hold in the late mid-Pleistocene era, roughly 400,000 years ago, and perhaps earlier. It was already considered an art form in ancient Mesopotamia some 5,000 years ago. Flutes made of bird bone and mammoth ivory dated to 42,000 years ago have been found in a cave in southern Germany, and using rocks and sticks as percussion instruments likely came long before. Singing  likely predated language in humans and is practiced in every known culture . Chanting, singing, or toning are integral practices in spiritual traditions around the world, and many religions teach that the universe started with sound.

The Mozart myth is an example, of “some initial finding that takes off and grabs the public’s attention,” Cheever said in an interview. The web world is rife with hyperbolic claims about the power of music therapy and “master classes” on sound healing, but few are based on solid scientific footing.  A handful of studies have shown, for example, specific changes in brain structure and function in people who have had musical training, or modest therapeutic effects. Such studies tend to be smaller-scale, due in part to the lack of funding for taking on larger investigations or complex research questions.

“One of our goals is to help enable people to do rigorous, well-powered studies to get a more solid foundation to build upon,” Cheever said. “These grants send a signal to the research community that we [the NIH] think there is a lot of potential in this area and it’s worth supporting investigations.”

One of the more intriguing projects being funded will investigate whether collaborative music-making can help people with psychosis manage the distress of auditory hallucinations. About 80 percent of people with schizophrenia “hear voices,” a symptom that also occurs in bipolar disorder and advanced stages of Parkinson’s disease, among other illnesses. A leading theory postulates that hallucinations (as well as delusions) arise from a defect in the brain’s apparatus for “predictive coding,” the ability to accurately hold in mind a set of predictions about the world, based on sensory input and prior experience, and act in ways that maximize reward and minimize bad outcomes. Hallucinations, the theory goes, result when one’s predictions about the world don’t match up with reality, and a person sees, hears, or feels something that is not happening externally from themselves.

Cognitive neuroscientist Philip Corlett, director of Yale University’s Belief, Learning and Memory Lab, has teamed up with “music interventionist” Adam Christoferson to test the idea that group song-making can alter the brain’s predictive coding circuitry to make hallucinations less debilitating and possibly less frequent. The study will enroll people who experience distressful auditory hallucinations in a twice-weekly session for four weeks, where they will work in small groups to create and produce a song, including laying down the melody and rhythms, writing the lyrics, and producing the final product. Brain imaging will track any changes in neural networks linked to predictive coding and hallucinations.

“Music is like food for a predictive brain,” Corlett said in an interview, explaining his hypothesis for the study. “It rolls out in a formal, predictable structure that engages our body and makes us move. Music is the golden road to prediction.”

See the NIH’s Sound Health Initiative for a full list of the research projects being funded.

A descriptive listing of videocasts from the Kennedy Center Sound Health sessions: