Back to Parent Page
HomeArticlesNeuroscience and Society: To Tell the Truth 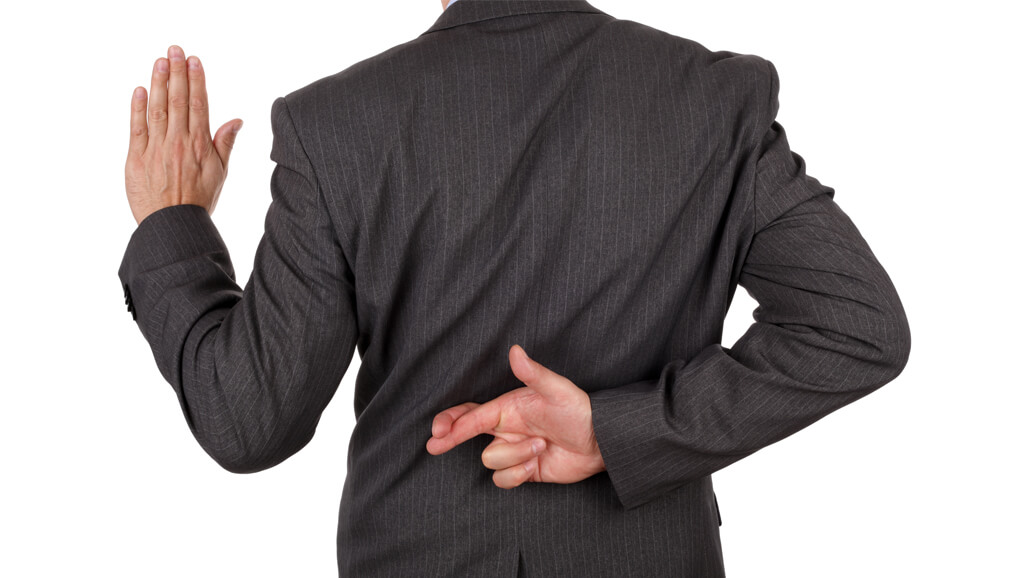 In the animal kingdom, humans have the unique distinction of being the species that tell lies, which researcher Victoria Talwar describes as “verbal statements made with the intention to deceive.” An emphasis is placed on the word “intention” because this is what distinguishes lies from other false statements, such as mistakes or sarcasm. During a Neuroscience & Society program held this week in conjunction with the International Neuroethics Society’s annual meeting, Talwar described her work on the development of understanding behind truth and lying in children. Fellow panelists Elizabeth Loftus focused on the malleability of human memory and how this affects honesty, while Charles Dike described the layers of many questions behind pathological liars and the distinctions this type of lying has from others.

One point all three speakers shared is that lying is a normal part of life; it follows stages of cognitive development and persists into adulthood. Adults tell an average of one lie a day, said Talwar and Dike.

According to Talwar’s research, children can understand the negative implications of telling a lie from as young as three years old. But accompanying this young awareness is a tendency to overgeneralize, as they don’t fully comprehend the intentions and range of reasons behind lying. This understanding develops as we get older, she said.

Talwar’s research aims to demonstrate how children view the distinctions between lying, tattling, and confessing, as well as their capability of being convincing liars. “Young children are not skilled lie-tellers,” she said. In one study, children were asked follow-up questions regarding specific untruths so that Talwar and her team could examine their ability to maintain the lie. They found that between the ages of three and five, less than one-third of children can maintain their lies when asked follow-up questions. Among six- and seven-year-olds, that number increases to just over 50 percent, while eight- and nine-year-olds are at 80 percent. “This is a global pattern,” she noted.

Overall, what children are calibrating is understanding and balancing consequences when deciding whether to lie or tell the truth, Talwar said. Parenting methods to encourage honesty are most effective if they emphasize positive consequences of telling the truth, not negative consequences (punishment) for lying.

While Talwar’s expertise is on the deliberate liar, Elizabeth Loftus has spent the past four decades of her career studying what she calls honest liars. These are people who believe and remember things that didn’t happen or happened differently from the way they remember, she said. This is another global pattern, as “out there in the world, misinformation is everywhere,” Loftus said.

In researching these false memories, Loftus and her team developed paradigms for studying how people come to believe and remember things that are not accurate. Her research found that when people are shown a particular event (e.g. a simulated crime) and are provided with misleading details afterwards, their memories become distorted; they recall the false information and don’t realize it is false. This is called the misinformation effect.

“If you ply people with misinformation about some experience they may have had, you impair their memory. You can get them to believe and remember those misleading details and claim them as their own memory,” she adds, “They don’t believe they’re lying.”

News reports, social media, public events, and legal investigations all “provide opportunities for new information to enter a witness memory and cause an alteration, a contamination, a distortion, or supplementation to that memory.” Her studies also found that no demographic is more resistant to false memories than others—even people with so-called super-memories can be fooled in these ways.

So how do you tell the difference between a true memory and one that is a product of suggestion? Not by how strongly you feel about it: Research by Loftus and others has shown that people can be just as emotional about false memories as they are about true memories. Loftus studied the neural signals of people while recounting true experiences, as well as false memories, and found striking similarities. “There is a long way to go before imaging techniques can be used to reliably classify an accurate memory or not,” she said.

Charles Dike’s research focuses on a very specific type of lying, known as pathological liars. Most people use the term “pathological” to mean excessive, but the scientific definition is more narrow and fluid:  The differences between the types of lies mentioned by Loftus and Talwar and the pathological lies that encompass his research is one that researchers have struggled to accurately outline for more than a century.

Dike defines pathological lying as “falsification entirely disproportionate to any end in view.” These lies may be extensive, very complicated, and can be manifested over a period of years or even a lifetime. Above all, he says, there is no clear gain from telling these types of lies; they are so out of proportion to any gain they could give the liar. In short, they are purposeless.

Do people who are defined as pathological liars know that they are lying? If so, do they have the capacity to control their lies? Some experts think these individuals have lost contact with reality, similar to a kind of psychosis, so they can tell lies confidently because they believe them to be true. Other experts think they are simply “fantasy lies” told consciously. Pathological liars can still display sound judgement on other matters, showing their ability to reason and thus reinforcing the idea that they are very much in touch with reality. The debate continues.

As Loftus put it, “If I have learned anything from my time in this field, the one take home message that I would leave with you is this: Just because somebody tells you something, and they say it with a lot of confidence and a lot of detail and a lot of emotion, it doesn’t mean that it actually happened.”

“To Tell the Truth!” was part of the Neuroscience and Society series, supported by AAAS and the Dana Foundation.