Back to Parent Page
HomeArticlesContinued Access to Invasive Neural Devices: Lessons from the AIDS Epidemic 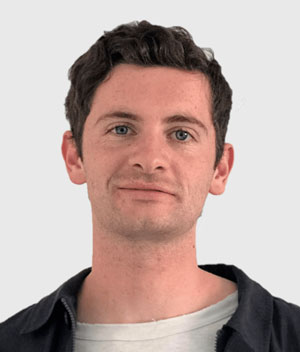 In 1987, as AIDS began to take hold in the US, the compound azidothymidine (AZT) was entered into phase I clinical trials. At the time, a positive HIV diagnosis was a life sentence. So, when participants receiving AZT started to improve, many argued that AZT be made immediately available to all HIV-positive patients. This classic case was the origin of the debate around ‘expanded access’, or whether there is a moral obligation for researchers to make experimental compounds available to extremely vulnerable patients. As the AIDS epidemic reached its nadir in the 1990s, desperation for anti-retroviral drugs safer and more effective than AZT drove pharmaceutical companies to conduct trials of novel compounds in nations hard-hit by AIDS, such as South Africa, Uganda, and Zimbabwe (Kagaayi & Serwadda, 2016). These trials, conducted in predominantly low-income nations, raised a separate but related ethical dilemma: Is there a moral obligation, once the trial has ended, to provide continued access to a beneficial medication?

In 2000, the Joint United National Programme on HIV/AIDS issued a guideline that specifically addressed continued access, namely that “any HIV preventative vaccine demonstrated to be safe and effective (…) should be made available to all participants in the trial in which it was tested” (UNAIDS, 2000). The debate over continued access has since diversified (Sofaer & Strech, 2011), and has been recognised in international ethical documentation, such as the Declaration of Helsinki, and by the Council for International Organization of Medical Sciences and World Health Organisation (WMA, 2013; CIOMS, 2017). In recent years, statements released by pharmaceutical companies suggest convergence on the conditions under which continued access to drugs ought to be offered to participants (Kelman, Kang & Crawford, 2019).

One of the main principles guiding current international ethical guidance is non-maleficence, which dictates that researchers should avoid causing harm to participants. According to this principle, researchers have a duty of non-abandonment. In the context of a neuromodulation trial, fulfilling a duty of non-abandonment would mean not denying vulnerable participants continued access to a potentially life-saving intervention that is not available elsewhere. Trials of invasive neurotechnologies are mostly if not entirely conducted in small populations of patients with debilitating psychiatric or neurological diseases. For example, deep brain stimulation (DBS) – a technique involving the implantation of electrodes in specific areas of the brain – has been trialled as a treatment for intractable depression (Miocinovic et al., 2013). Eligible patients must be incapable of working and living independently and must show resistance to all available remedies. Thus, when participants have entered remission during a trial, explantation or inactivation of the stimulator at the end of the trial would deprive them of a benefit, and may even restore disease symptoms to worse than pre-trial levels. The devastation caused by the loss of a device believed to be a ‘last hope’ intervention could be potentially life-threatening, with a serious risk of self-harm and suicide (Thomson & Carter, 2020).

Post-trial removal of a neural implant can also affect participants’ sense of agency and identity. DBS stimulation parameters are manually adjusted by a specialised clinician over repeated outpatient visits through a process of trial and error. In some cases, participants are given independent control over the stimulation settings, allowing them to personalise the settings to manage symptoms (Synofzik, Schlaepfer & Fins, 2012). More nascent closed-loop devices deliver stimulation based on unique electrical signatures of the brain (Hell et al., 2019).

It is not uncommon for participants to wholly accept or become identified with their implants, such that it becomes meaningfully connected to their sense of self or personal identity. Some participants describe becoming entirely new people while partnered with their device, equipped with a renewed trust in their physical and mental abilities. One woman with a prosthetic for severe epilepsy spoke of her device as if it were a partner. “We were calibrated together,” she said. “We became one”. Participants who lose access to the device post-trial, therefore, may be deprived of personal, behavioural and lifestyle gains that are deeply connected to their sense of self (Gilbert, 2021).

Reciprocity is the practice of ensuring that participants are assured fair benefits for accepting the burdens of research. Obligations of reciprocity distinguish cases of continued access from those of expanded access; the risks accepted by participants to advance scientific knowledge suggests that they ought to be rewarded. Lead implantation, adjustment, and battery replacement surgeries come with high risks of infection (1-2%), seizures (1-2%), and intracerebral haemorrhage (3-4%) (Kleiner-Fisman et al., 2006). The surgery can also be traumatic, as participants must remain awake and responsive for substantial periods. Hardware infection, lead breakage and skin erosion are frequent long-term complications of DBS occurring in 1–15% of cases (Chen et al., 2017). DBS can also affect patients’ safety to undergo treatments or diagnostic procedures in the future (e.g., MRI). After implantation, some participants experience changes in personality, emotion, and impulse control (e.g., online shopping, gambling) that can be stressful for participants and place additional strain on relationships with caregivers and family members (Thomson, Segrave & Carter, 2019). Thus, the extended trial duration (usually several years), surgical and hardware related risks, and future contraindications of implantation support a strong duty to reward participants by allowing continued access effective neural implants.

Arguments from non-maleficence and reciprocity support a moral obligation to grant post-trial access to invasive neural devices. The view that there is a responsibility to provide medical care, expertise, and equipment to participants after study completion has been expressed by basic scientists and engineers, as well as prospective DBS trials participants (Pham et al., 2018; Klein et al., 2016). Nevertheless, it is unclear, at least within the published literature, whether, to what extent, and for how long participants are being granted continued access to investigational implants (Lázaro-Muñoz, 2018). What limited information can be gleaned from media reports of trial outcomes, and interviews with clinicians and past participants, suggests that arrangements for continued access are made ad hoc, and are not consistently planned for (Underwood, 2015).

The classic BROADEN study – the first major clinical trial of DBS for treatment-resistant depression in the US – has provided crucial insights into the challenges of post-trial access that are unique to implantable devices. The costs of DBS (surgical costs = $65000, battery replacements = $10 000 – $20 000 USD) are often so high that a sponsor-funded plan for indefinite access would seriously undermine plans for the commercialisation of these products (Stroupe et al., 2014). Clinical investigators with the surgical expertise to perform battery replacements and maintenance would effectively enter a long-term partnership with participants, requiring a significant diversion of their time and expertise from other projects (Hendricks et al., 2019). “What happens if I retire, or get hit by a bus?”, asks Helen Mayberg, the principal study coordinator of BROADEN. If an investigator wants to ensure that participants continue to benefit from the devices, they “must play the chess game many, many moves ahead” (Underwood, 2017).

It is unrealistic to expect sponsors and investigators to assume sole responsibility for the onerous financial and clinical commitments required for device maintenance and repair. The strength of the duty to provide continued access is fundamentally determined by the net outcome of what is deserved by the research participant (i.e., freedom from harm, fair compensation), and the size of the resources available. Existing ethical commentary has focused almost exclusively on the former; on the circumstances that increase or decrease what participants reasonably ought to receive – assuming a stable or minimally variable resource pool. In so doing, attention to the strength of the duty of continued access in cases where the capacity for continued access is radically diminished, such that discharging said duty would be potentially fatal, is missing from the literature.

New thinking on continued access to neural devices is desperately needed as trials continue to grow in number and size. In recent years, some attention has been devoted to finding reasons for, and debating the practical feasibility of, models of shared responsibility for continued access. The Multi-Regional Clinical Trials (MRCT) workgroup, comprised of academia, government, and industry professionals, has done extensive work analysing the scientific, legal, and logistical complexities that complicate the process of assigning responsibility to multiple stakeholders (Aldinger et al., 2016). The workgroup has offered guidance regarding who, to whom, when, why and for how long continued access to investigational interventions should be fulfilled. At a conference in 2014, the workgroup argued that sponsors, clinical investigators, healthcare providers and government agencies all have ethical responsibilities derived from ancillary duties of care to participants, and whether they stand to profit from the research.

A first step towards increasing and distributing responsibility might involve making the planning of continued access a requirement. Independent review boards (IRB) do not currently mandate that researchers cover the cost of removing investigational devices. Researchers and IRBs could collaborate to explore available funding options, such as by including details in grant applications. Grant applications to the National Institute of Health (NIH) require “ethical and practical considerations of invasive device maintenance and ultimate removal”, such as for “explant of indwelling devices” and “surgical removal of batteries” (Sierra-Mercado et al., 2019). But the NIH should go further, by offering specific ethical guidance to researchers regarding continued access to devices, and perhaps even mandating that researchers allocate grant funds towards replacement batteries, maintenance, and repair.

The development and commercialisation of novel neurotechnologies is an expensive and tedious enterprise. Failure to accurately predict the size of the clinical need, the expenses of regulatory approval, and the certainty of reimbursement often results in start-up companies with innovative neural devices falling into the so-called ‘valley of death’ (Baldwin et al., 2013). This uncertainty makes it exceptionally difficult to guarantee the perpetuity of funding sources. Bankruptcy of the manufacturer is extremely common in cases where participants have lost access to a beneficial device (Gilbert et al., 2021; Bergstein, 2015).

To avoid continued access to the device being contingent upon the commercial success of the trial sponsor, researchers often appeal to health providers to cover longitudinal expenses. If participants are insured, they have a right to appropriate reimbursement for or provision of medically necessary care. One review of DBS procedures conducted at a US university over 10 years found that half of the lead implantation procedures and about a third of pulse generator surgeries were covered by research grants (Rossi et al., 2017). When research funds are insufficient to cover continued access, coverage depends on preauthorization requests made to health providers. However, greater than half of the non-reimbursed procedures are due to an insurance provider’s failure to pay despite pre-approval. This so-called ‘bait-and-switch’ tactic, whereby clinicians and participants are led to believe that long-term care will be covered only to have the payor switch and coverage denied, is justified by insurers because coverage of experimental or humanitarian procedures is discretionary (Rossi et al., 2014). Researchers are often forced into “begging for charity payments” from hospitals, and if this fails, they must explain to participants that coverage was refused and why (Underwood, 2017). Thus, preapproval policies for investigational procedures should be more transparent and enforced by law, and denial of coverage should not occur after the initial implantation of the device.