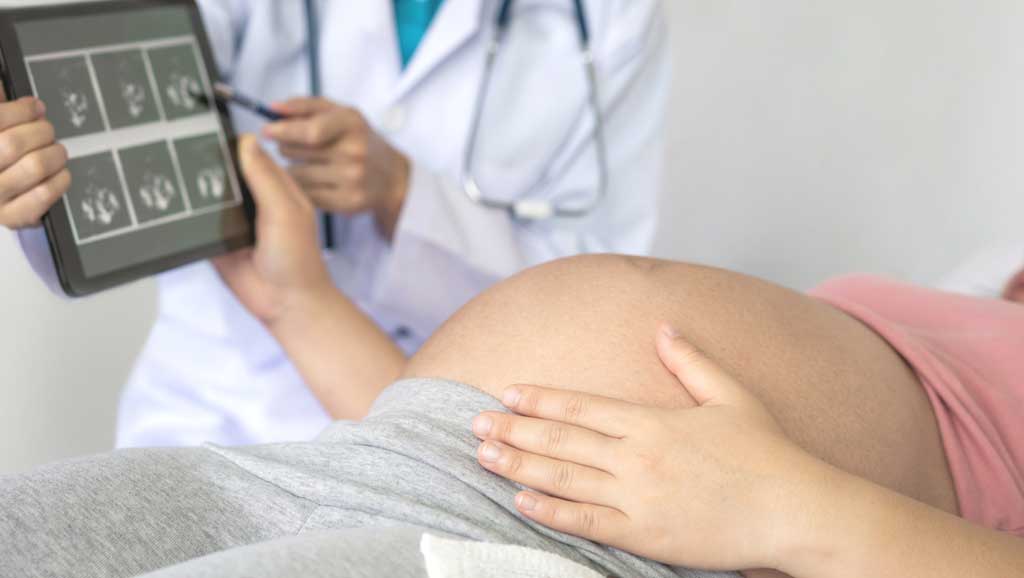 It’s long been known that mothers who experience a heightened immune response during pregnancy, generally in the form of excess inflammation due to infection, have children who are at higher risk for neurodevelopmental disorders like autism and schizophrenia. Yet, despite intense study in animal models, the mechanisms of the relationship between the maternal immune system and fetal brain development are not well understood—particularly in humans. Now, a collaborative, longitudinal study suggests that an increased level of inflammatory proteins in mothers is surprisingly linked to greater connectivity in the salience network, a key network of brain regions that help direct attention and focus, in offspring—as well as higher score on a cognitive ability metric at 14 months of age.

Epidemiological studies have long suggested that infectious disease epidemics, ranging from influenza to toxoplasmosis, are often followed by an increase in the diagnosis of neurodevelopmental disorders in children who were born during or soon after such outbreaks. These diseases don’t have much in common—except that they all trigger a pregnant mother’s immune response. Jun Huh, an immunobiologist at Harvard University, says scientists now understand that this phenomenon, called maternal immune activation, has the power to make long-term changes to the brain development of offspring.

“There are many studies that clearly show that if a pregnant mother is severely ill, or hospitalized during pregnancy, particularly during the later stages of pregnancy like the third trimester, there is an increased chance that the mother will produce a child with a neurodevelopmental disorder,” he says. “And, thanks to animal models, we now see that the maternal immune activation is due to inflammatory processes.”

But what triggers those inflammatory processes, exactly, leading to issues in fetal brain development? Marisa Spann, a professor of medical psychology at the Columbia University Medical Center, says that there are likely many factors.

“There are multiple experiences that may trigger these pathways—infection, nutrition, stress, environmental toxins,” she says. “Anything, essentially, that Mom is exposed to, the fetus will also experience and can result in changes to brain development. In order to understand how maternal immune activation influences the brains of babies, we need is to understand how each of these factors may work in isolation and then build a model that can put them together and help us understand how they may work in combination to lead to these outcomes.”

To start to create such a model, Spann and colleagues followed thirty-six pregnant adolescents, aged 14 to 19, through their first pregnancy. They measured two immune proteins, interleukin-6 (IL6) and C-reactive protein (CRP), known to be linked to the inflammatory response, during the final trimester of pregnancy. They also took measures of the mother’s offspring: heart rate during the final trimester of gestation, neuroimaging data of the baby’s brain, focusing on the salience network, at a few months of age, and cognitive ability at 14 months of age. The researchers found that elevated levels of IL6 and CRP were linked to greater connectivity in the salience network of offspring, as well as increased cognitive ability; it’s not clear what this means for function. The results were published in the March 14 issue of the Journal of Neuroscience.

Bradley Peterson, M.D., director of the Institute for the Developing Mind, and Spann’s co-author, says the group used teenaged mothers in the study since epidemiological evidence suggests they are more susceptible to maternal immune activation. But he hypothesizes that they would see similar results in older mothers who experience amplified inflammation during pregnancy as well.

“This is a high-risk cohort that is more likely to see this kind of immune activation. But there are so many issues that can trigger this inflammation: obesity, dietary factors, infections, stress,” he says. “We would expect to see this same result in other groups of mothers. But it’s a hypothesis that would have to be confirmed and replicated.”

Spann says she was initially surprised that higher levels of inflammatory proteins were linked to what appear to be better outcomes: better connectivity of the salience network in infants as well as higher scores on a developmental battery at 14 months. She’d like to do more work to better understand the association, especially as it is not clear that this increased connectivity is necessarily a boon for brain development across the lifespan.

“The brain, at this point, is still in such an active period of growth and development,” she says. “It’s very possible that both progressive and regressive experiences are happening all at the same time. It’s something we would like to look at – I’d love to follow these kids and see the later cognitive implications of this prenatal exposure to inflammation. But our results do suggest that a mother’s inflammatory response does have both short- and long-term influences on her child’s brain and behavior.” Increased connectivity might not be beneficial in the long term, for example.

Putting the pieces together

“Certainly, there are important genetic contributions to these brain pathologies,” he says. “But we are clearly showing that there are important environmental contributions to neurodevelopmental disorders as well, one of which is inflammation. If we can identify and get more information about the players that influence this inflammation, we have the opportunity to possibly prevent some of these problems.”

Spann agrees, but adds that her study as well as other work in human populations bolsters the idea that attending to maternal health during pregnancy is crucial to healthy brains and healthy behavior in offspring. To offer more concrete recommendations, though, more work needs to be done. Both she and Peterson would like to continue to follow pregnant mothers and their children to better understand the different factors that underlie maternal immune activation. Peterson says that translational studies like theirs help provide a link between the epidemiological work and neurobiological studies done in animal models.

“Our study is another piece of the puzzle regarding maternal immune activation that lends additional support to the idea that the immune system really is a key mediating pathway for some of these adverse outcomes,” he says. “And our findings set the stage to support doing further translational research, looking at larger and more representative samples of human beings and following children further out in development to understand how a variety of potential stressors may be relevant to the long-term well-being of babies.”