Back to Parent Page
HomeArticlesJumping the Gun 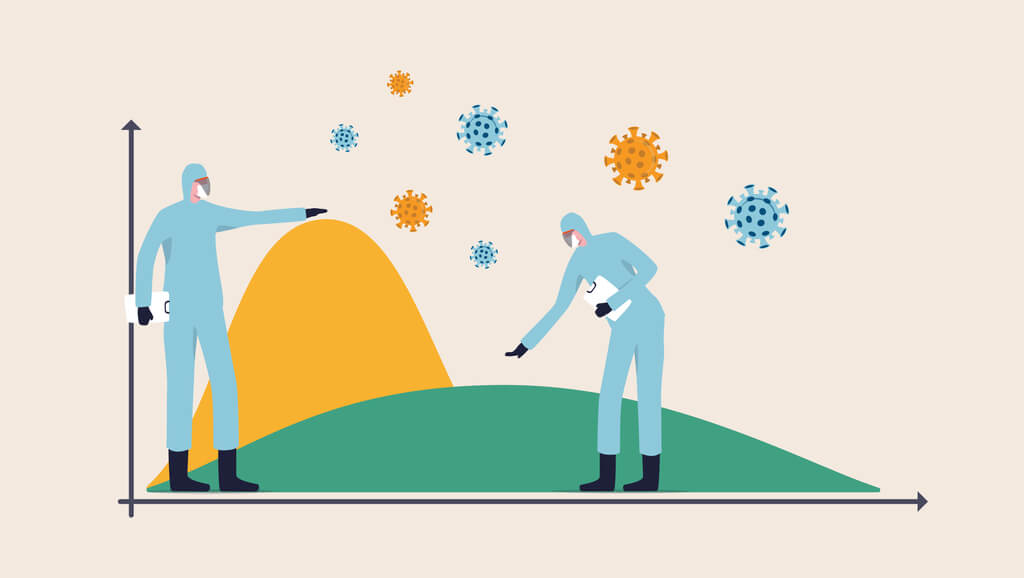 From scientists and sociologists to psychologists and economists, a worldwide scramble is underway to understand Covid-19 and the brain, but each nugget of information gained seems to be followed by other nuggets that confuse the issue. At this point, lacking any clinical evidence, there is only is a single prospective randomized controlled clinical trial, the gold standard for pinning down causes and consequences. For now, all we have are anecdotal reports, preprints, retrospective observational studies, and media reports of interviews with researchers.

In early June, the New York Times reported in amazement about the number of overall scientiﬁc papers that have been published, writing that “It is hard to think of another moment in history when so many scientists turned their attention to one subject with such speed.” They reported that the National Library of Medicine’s database at the start of June contained over 17,000 published papers about the new coronavirus. Most of the papers published about Covid-19 and the brain concerned the viruses’ respiratory effects. But the possible neurological complications, which were observed, have proven especially perplexing.

The broadest review of existing knowledge—published online in JAMA Neurology on May 29—illustrates the enormous uncertainties. The authors, all researchers at the Yale School of Medicine, analyzed articles published between 1969 and April 2020 to understand the effects of earlier infections of other strains of coronaviruses and of the strain currently causing Covid-19. The review is notable mostly for how much remains unknown. The paper cites reports of neurological complications, such as loss of smell and taste and headaches, which seem relatively minor, and some potentially far more serious consequences such as strokes, impairment of consciousness, seizures, and encephalopathy.

From severe neurological complications in children to mental health concerns to large observational studies, media has sounded the alarm—despite a lack of scientiﬁc data. The journal Science, for example, reported that 25 cases in England of a rare inﬂammatory condition had raised alarms and that dozens more cases in New York and fewer clusters elsewhere had ratcheted up the concern.

Meanwhile, an Italian study published in The Lancet found that eight out of ten children with severe Kawasaki-like disease had antibodies to Covid-19, an indication that they had been infected with the virus. But we still don’t know whether these severe illnesses in children are caused by the virus, the body’s immune response to the virus, or by some combination of these or other factors.

Observational studies published in major journals in Japan, Germany, Iran, and elsewhere have also given conﬂicting results. One of the largest and most frequently cited, for example, was conducted in Wuhan, China, and published in JAMA Neurology as early as April. It examined a series of 214 consecutive patients hospitalized with laboratory-conﬁrmed Covid-19 at three special care centers in Wuhan. Neurologic complications were seen in 36.4 percent of the patients and 45.5 percent of the severely ill patients, which struck this layman as surprisingly high. But an editorial in the same issue, by scientists at the University of California, San Francisco, concluded that the extent of neurological manifestations has remained unclear and that the Wuhan paper reports “an early view of the incidence and types of neurologic complications and sets the stage for further longitudinal work in the area.”

What some are calling “the new normal” tells us that there is little doubt that the pandemic will have lasting mental health effects. An opinion article in Scientific American warned that a “tsunami of dementia” could be on the way because the pandemic can damage the aging brain both directly and indirectly. Respiratory failure increases the risk of dementia due to lack of oxygen to the brain, and hospitalization generally, as well as treatment with ventilators or sedatives, can cause delirium and severe confusion. Moreover, social distancing, shelter-in-place mandates, and limits on visits to nursing homes can exacerbate loneliness that may increase the risk of depression or declines in memory over the long-term.

An important research project that caught my eye, and which is now underway, may help shed more light on how to understand, diagnose, and treat Covid-19 and its neurological complications. Sherry Chou, a neurologist at the University of Pittsburgh medical center, has organized an international consortium of 50 medical centers to draw neurological data from care that patients have already received. Her early goal is to determine the prevalence of neurological complications among hospitalized patients and document how they fare. Her longer-term goal is to gather scans, lab tests, and other data to better understand the impact of the virus on the nervous system, including the brain.

While the mobilization of the world’s scientiﬁc community to understand Covid-19 is unprecedented in history, keep in mind that more than 4,000 papers—known as preprints—have yet to be peer-reviewed. Some have been withdrawn by authors or will never appear in a journal. In response to this dilemma, MIT Press announced on June 29 that it was launching a new journal called Rapid Reviews-Covid 19 with the explicit purpose of reviewing preprint articles about the pandemic. The journal will use both artiﬁcial intelligence (AI) and an army of volunteer reviewers to parse out the most “important” preprint studies in need of review.

This important step needs to mimicked by the media. In publishing or broadcasting summaries of the research or claims in social media accounts, the media needs to make sure the information has been properly vetted and approach the claims with healthy skepticism. The media, which often fails to vet information responsibly due to the pressure of what has become a scramble to satisfy the 24/7 news cycle, needs to do a better job of helping its audience ﬁlter out weak research and misleading claims.

In an article on the popular website, WebMD, Robert Stevens, M.D., a neurologist at Johns Hopkins School of Medicine, found neurological complications to be rare from patients infected with the new coronavirus, and he pointed out that “most people are showing up awake and alert and neurologically appear to be normal.” As to why the brain can sometimes be affected, he added that “we are still in the early days of this, and we don’t really know for sure.”

Such caution from Stevens and others on the frontlines is the reason we need to be cautious at making deﬁnitive pronouncements. Over time, the global research effort ought to provide the answers and help us triumph over this baffling virus.

This article first appeared in the Summer 2020 issue of our Cerebrum magazine. Click the cover for the full e-magazine.