Back to Parent Page
HomeArticlesInside the Mind of a Bully 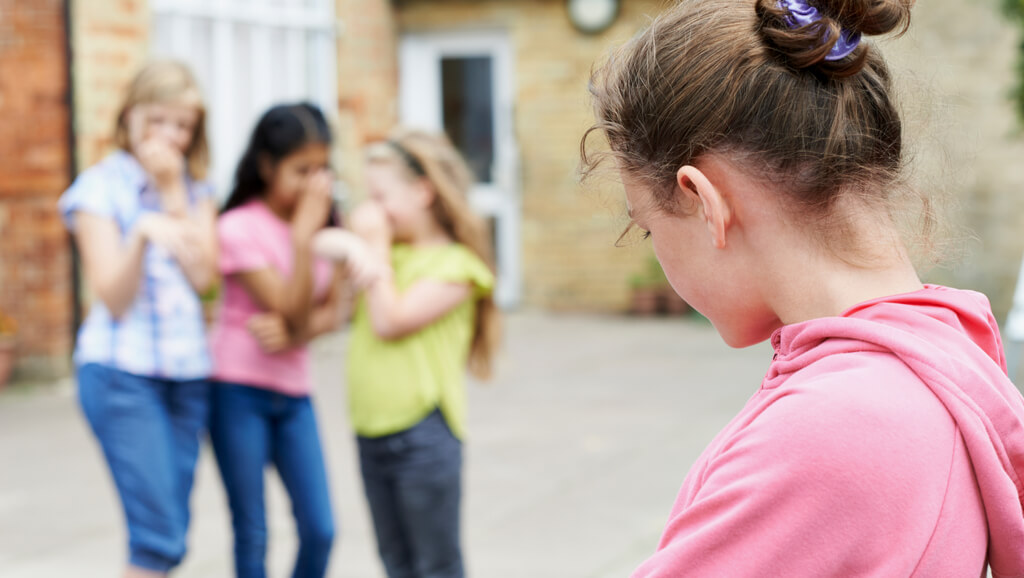 A student pushes his classmate on the playground. An employee makes rude comments to a coworker. One sister pulls the other sister’s hair. We’ve all experienced or witnessed bullying in our lives, but what makes someone bully? What are the effects of bullying?

The theme of the 2017 public lecture at Mount Sinai, sponsored by The Friedman Brain Institute and Mentoring in Neuroscience Discovery at Sinai, was “Resilience in the Face of Fear and Aggression: A window into neuroscience research.” Panelists Scott Russo, Ph.D., Daniela Schiller, Ph.D., and James Murrough, M.D., spoke about their basic, translational, and clinical research on the topic.

Russo, an associate professor of neuroscience at the Icahn School of Medicine at Mount Sinai, studies stress and how we cope with it. He investigates what makes a person prone to social stress, defined as “a situation which threatens one’s relationships, esteem, or sense of belonging within a dyad, group, or larger social context.” All animals exhibit this type of behavior, even Zebrafish, said Russo.

What drives aggression and bullying? A study he participated in used a test done to examine addiction in mice. A mouse was placed in two rooms. In one room, the mouse received addictive drugs. Once conditioned, the mouse would spend all their time in that room, and not in the other drug-free room. The same experiment was performed on mice under different conditions. A large, aggressive, retired, breeding mouse, or bully mouse, was placed in the two-room environment. Drugs were replaced with the opportunity to bully another smaller, stress vulnerable mouse, or victim mouse. Once conditioned, the bully mouse exhibited similar behavior to the other experiment, spending all their time in the “bullying room.” The victim mouse, on the other hand, developed an aversion to the “bullying room.” While this suggests that mice bully for pleasure, it does not address territoriality, said Russo.

To address territoriality, he described another experiment. A bully mouse was placed in an environment where it could pull a lever, then put its nose in a hole, to receive a victim mouse to bully. The bully mice in the experiment would perform these tasks, further suggesting they were motivated by biological factors to bully. Brain reward circuits encourage the behavior, meaning bullies feel rewarded for bullying.

How does bullying affect bullies and victims? Another study Russo participated in used mice to look at aggressive behavior, or bullying. Bully mice were put in an environment with victim mice. Chronic social defeat caused anxiety, which made the victim mice experience an unwillingness to venture out into open spaces; difficulty sleeping and circadian issues; high levels of cortisol, a stress hormone also found in humans; metabolic syndrome, which caused the mice to gain weight; addiction; profound social avoidance; and anhedonia-like symptoms, which create a decreased interest in pleasurable activities. These symptoms, especially anhedonia and social avoidance, are all typical for human patients with depression and suggest bullying increases risk for depression.

Depression is not the only side effect of bullying. Evidence shows bullied and bullies alike are at an elevated risk for psychiatric outcomes. In a study on human participants, both bullies and victims reported elevated levels of depressive disorders, anxiety disorders, generalized anxiety, panic disorder, and agoraphobia. Victims also reported higher incidence of suicidality, while bullies reported higher incidence of antisocial personality disorder, alcohol disorders, and marijuana disorder.

The data on antisocial personality disorder is especially interesting, as it was four times as prevalent in bullies as those who had been neither a bully or bullied and eight times as prevalent than those who had been bullied. Some studies show as many as 64 percent of inmates also have antisocial personality disorder, said Russo. There are very few treatments for aggressive behavior. While sedatives, antipsychotics, and SSRIs help, researchers are looking for other ways to combat bullying. It is important to understand the science behind aggression to treat people with these disorders, and to better protect victims against the effects of being bullied.