Why do some alcohol drinkers transition to addiction while others do not? Why do some soldiers suffer from post-traumatic stress disorder (PTSD) while others do not? George Koob, Ph.D., director of the National Institute of Alcohol and Alcoholism Abuse (NIAAA)—a pioneer of research on the neurobiology and neurochemistry of emotional behavior—authored this month’s Cerebrum feature, The Darkness Within: Individual Differences in Stress. His work to better understand the way genetics and neurochemicals affect our brains has the potential to provide insight into addiction, PTSD, and other stresses that impact countless lives. 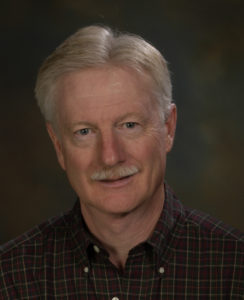 What motivated you to specialize in this area?

George Koob: My original interests were in pathobiology and examining behavior in a natural setting. As a graduate student in the physiology department at Johns Hopkins University in 1969, my thesis advisor, Dr. Zoltan Annau, was working on brain-stimulation reward and I saw how powerful it was when animals would stimulate their own brains to feel good. In my thesis work, we discovered that hypoxic stress looked a bit like amphetamine and actually induced some of this same reward-like behavior in rats.

I’ve come full circle now in the sense that I realize that excessive reward can trigger stress in some people. We think that’s the reason why some individuals are vulnerable for addiction, and believe that the two systems react intimately. It’s kind of funny that forty years later you find that your career is, in a sense, back to where you started. But we now know so much more about how the brain works then we knew then.

What are the most important areas of the brain in studying individual differences in stress?

I’d start with the paraventricular nucleus, which controls your glucocorticoid response, and is located in the hypothalamus. The hypothalamus is, in effect, the controller of the expression of emotionality that you feel when your head starts throbbing or your hearts starts pumping.

Other areas are the amygdala and temporal lobe, which contain stress neurotransmitters. We have begun to understand that there are a lot of them—plus a back-up system. We have corticotropin-releasing factor (CRF), vasopressin, norepinephrine, and systems that are equally engaged in affecting other structures, such as the dynorphin-kappa opoid system. Then we have the brain’s amazing buffer systems that bring us back into homeostasis and pull us down from that stress response.

For anyone who has been involved in a stressful event, where a near accident shook them up, a photo taken afterward reveals that their entire body had changed. It takes a long time to go back to normal; you just don’t snap out of it. Once these systems get activated, they stay activated, but we have buffer systems in the brain that calm us down and return us to normal.

How did you begin your longtime collaboration with Michel Le Moal, a fellow pioneer in this area?

He is my French brother and mentor. Around 1972, his Ph.D. thesis on the dopamine system spurred me to go to France and start working with him and his team. For 30 years, I would go to Bordeaux in the spring and he would come to La Jolla in the summer, first at the Salk Institute and later at the Scripps Institute. It solidified an amazing friendship because his view of neuroscience from a psychiatric perspective has been invaluable to understanding pathophysiology.

We actually started doing bench work together, literally spending hours on end in surgery, injecting chemicals into the brains of rodents, and observing functional responses. We eventually matured into a team that began to explore the framework for all of this. We were a team made in heaven, so to speak.

We have written a number of key articles together; one was published in Science on an allostatic view of addiction. We published the Neurobiology of Addiction in 2006 and we recently drafted the outline for the second edition. We hope to have that come out next year, as a ten-year update.

Have advances in brain imaging and other areas of neuroscience helped influence your work?

Yes, they have; certainly on the reward side, and partly due to the seminal work of Nora Volkow in the 1970s and 80s that identified changes in the dopamine system. That had a major impact on my thinking because that’s when we realized that the dopamine system is compromised in addicted individuals, and that individual differences exist in the brain. More recently (in the last five years), similar work has been done on opioid peptide systems (similar to endorphins) with alcohol. In 2013, there was an imaging study that suggested individual differences in how the brain’s dynorphin-kappa system responds and one’s vulnerability to post-traumatic stress disorder.

Imaging has moved from being confirmatory to testing hypotheses, and that’s always a good sign for the field. It’s really starting to open up right now. One area of the National Institutes of Health major brain initiative will be in developing new techniques in imaging and identifying brain circuitry. I believe we are going to see a big upswing in studies related to these areas.

Has concern by the Department of Defense (DOD) about post-traumatic stress disorder led to funding?

Since I’m the director of the NIAAA (at NIH), I’m going to change hats here and say it has— and it will. In the alcohol field, we now know that approximately 50 percent of individuals with PTSD end up with an alcohol-use disorder and that a problem with alcohol is quite likely to loom very large in their lifetime. Having both disorders at the same time is, in fact, neglected. In my role as director, I plan to increase our efforts to tackle this. The National Institute of Mental Health has a big program in PTSD and is heavily engaged in exploring improved treatment and affected brain systems. Along with the National Institute on Drug Abuse, we will be working together on some of these issues.

It’s not so much that it’s pressure from the DOD as much as it is that so many individuals are coming back from engagements in foreign wars that suffer from some aspect of PTSD. So we want to really want to help them.

Is there a way to control glucocorticoid receptors, which seem to lead to addiction and PTSD?

Glucocorticoids can dramatically effect brain function and hold the key to how we respond to challenges in the environment. They are a key part of the picture, but not the whole picture because we still have brain circuits that we believe mediate functional responses to stress. But they are heavily influenced by glucocorticoids. Bruce McEwen (the Mirsky Professor at the Rockefeller University) is a pioneer is this area and has long held that these are the key to allostatic changes or allostasis (stability with change) which can lead to allostatic load and pathophysiology.

What are the goals of future research?

To better understand individual differences so that we can explain vulnerabilities but also strengths and resilience. How do we strengthen these systems appropriately so that we can resist every day stress and have more fulfilling lives? We now know an enormous amount about cardiac and kidney function, for example, but not nearly as much about the central nervous system and the brain. My hope is that you can eventually go to your doctor and have him or her tell you that you’re in good shape, but advise you to make sure you do the New York Times crossword puzzle every week or get more physical exercise because it’s good for your blood glucose and your brain. Basic research will lead us to a better understanding of this magnificent machinery that we call our body.