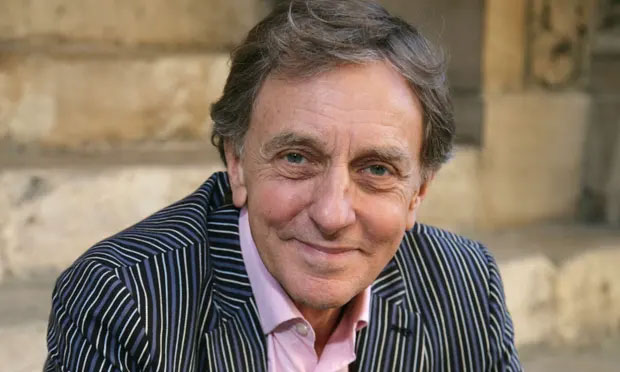 Sir Colin Blakemore, a prominent neuroscientist and a pioneer for outreach and public engagement in the field for more than 40 years, died peacefully from motor neuron disease, at Sobell House Hospice on June 27, 2022, surrounded by his daughters. Colin, most recently a professor of neuroscience and senior fellow at the Hong Kong Institute for Advanced Study, City University of Hong Kong, was also a distinguished senior fellow in the Institute of Philosophy, School of Advanced Study, University of London, and emeritus professor of neuroscience, University of Oxford, where he was first appointed a professor in 1979.

Colin believed that the responsibility of scientists extended beyond research inside their labs to public dissemination and discussion, as a way to help provide people with the knowledge to make important life and health choices. He both practiced and encouraged other scientists to engage in these dialogues, leading him to join the Dana Alliance for Brain Initiatives in 1996, with its mission to advance public awareness about the progress and promise of brain research. Recognizing the impact and the potential of the organization, Colin was instrumental in the formation of its European offshoot—the European Dana Alliance for the Brain (EDAB) in 1997, where he served as vice-chair since its inception, and later to the global expansion of the Dana Alliance in 2015, representing more than 650 neuroscientists and clinicians in 45 countries.

Colin’s broad knowledge about the progress of neuroscience around the globe, and his ability to identify areas of future importance helped shape Dana Alliance priorities and goals. He understood that the strength of the Alliance lied in its partnerships, launching the US-based, annual education initiative, Brain Awareness Week, in Europe in 1996, and collaborating with like-minded organizations, such as Federation of European Neuroscience Societies (FENS). His forward thinking helped pave the way for the Dana Foundation’s new focus on Neuroscience & Society: how neuroscience both informs and reflects society.

“The Dana Foundation mourns the loss of long-time friend, colleague, and adviser,” said Steven Hyman, MD, chairman of the foundation’s board of directors. “To the Dana Foundation, Colin was an inspiring leader in public outreach, working through the Dana Alliances in the US and Europe to initiate and elevate meaningful dialogue between neuroscientists and the public. His work has helped to make society healthier while building support for neuroscience among policy makers and members of the public. Importantly, Colin effectively encouraged the neuroscience community around the world to follow suit.”

Born in Stratford-upon-Avon in 1944, Colin earned his doctoral degree in physiological optics at the University of California in Berkeley. As a neuroscientist, Colin’s research led to a better understanding of vision, and how the brain develops and adapts. In 1976, at the age of 32, he was the youngest person to give the BBC Reith Lectures for which he presented a series of six talks entitled “Mechanics of the Mind.”

Colin was influential in demonstrating neural plasticity—how brain cells reorganize themselves in response to the environment after birth and even into adulthood. More recently, he was leading a network of philosophers and scientists working on human perception, and directed the Human Mind Project, which aims to define key questions about the nature and function of the mind.

Colin also served in several prestigious positions, including former chief executive of the Medical Research Council (MRC), president of the British Science Association, the British Neuroscience Association, the Physiological Society, and the Society of Biology. He was Knighted in 2014 for services to scientific research, policy and outreach, received the Royal Society’s Michael Faraday Prize for his work in public communication; and the Ralph Gerard Prize in Neuroscience, the highest recognition conferred by the Society of Neuroscience. In 2012, he won the People’s Republic of China Friendship Award, China’s highest honor for a foreigner.

Colin’s interests extended beyond the world of neuroscience, too. He had a lifelong interest in long-distance running and completed 18 marathons and won the veteran’s section for the British team at the Athens Centenary Marathon in 1996. He loved travel, hiking, culture, and art.

Colin will be missed but never forgotten.