Back to Parent Page
HomeArticlesHow Dishonesty Can Snowball 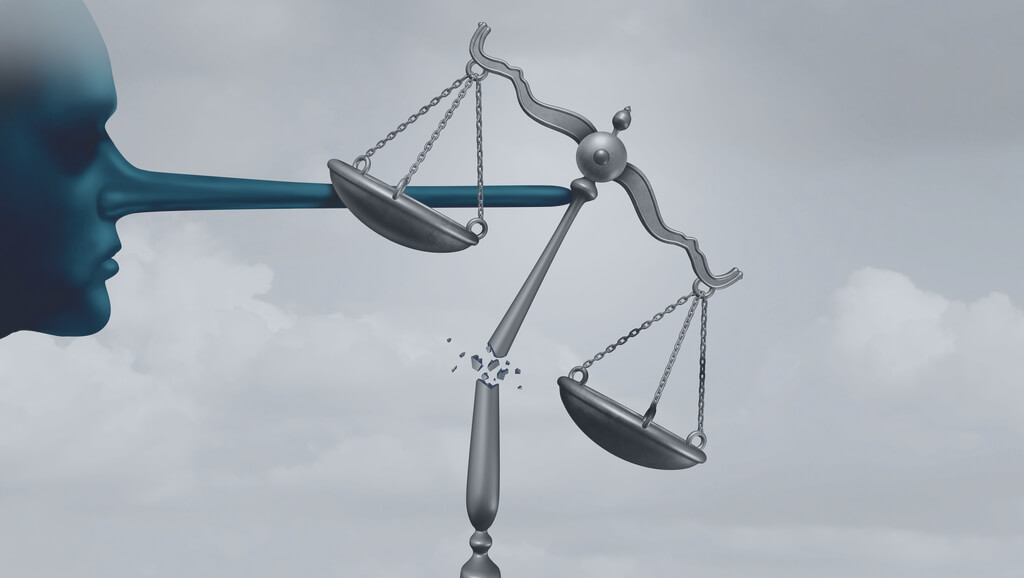 On June 29, 2009, Bernie Madoff was sentenced to jail for 150 years for what many consider the biggest financial fraud in US history. The global financial crisis of the previous year prompted people to pull money out of their investments, including the Ponzi scheme he had cultivated over decades. Their withdrawals brought the scheme crashing down in a spectacular fashion, exposing it for the sham it was. Madoff is estimated to have lost his clients more than $18 billion, ruining the financial lives of thousands of people. But as Madoff himself attests, he never would have believed at the outset that his dishonest actions would escalate to such epic proportions, carrying such devastating and catastrophic consequences.

From scandals in politics to doping in sport, there are many examples of dishonesty that follow a similar pattern: Acts of dishonesty starting out small, but over time rising to levels that would have seemed absurd to people when they initially began relaxing their moral compass. How is this possible?

Previous research has highlighted that external factors can play a role. Features of our environment that exert an influence on our behavior include the risk of being caught, how the people around us are behaving, and the potential rewards available from cheating. A recent study showed that people’s willingness to cheat increases if the rewards from cheating start off small but gradually increase. Imagine that someone is faced with the opportunity to steal 50 cents, $5, or $10; which do you think they would be most tempted to steal? Although you might expect that stealing would be the most tempting for larger amounts, the results of a study by David Welsh and colleagues suggest that at the outset, people are actually more likely to steal for lower monetary amounts. However, after they have “stolen” (in the lab) low amounts and then are given the opportunity to steal larger amounts, they now will reach for these larger amounts, amounts that they resist if presented first, without the smaller precursors.

A robust finding in neuroscience over the past 20 years is that negative emotional responses to situations do not remain at the same intensity level if they are repeated. Instead they become less distressing over time, a biological process known as adaptation. Think back to a time when you saw a distressing photo in the news and how you reacted to it. But as you viewed the same picture many times over the next week (for instance, if it was used by a number of different news providers) you were likely to be less and less repulsed by it each time. Areas of the brain involved in emotional processing—the amygdalae in particular—respond fiercely the first time that we encounter something unpleasant, but this response quiets down as we become desensitized to its unpleasant nature.

So, imagine dishonesty as an unpleasant picture. Initially when we engage in it, it generates a strong emotional response. But each time that we do it thereafter, this response decreases. Our brain adapts, becoming less sensitive to the immoral act. And the consequence? If emotional responses act to constrain dishonesty (as previous studies have suggested), then as these responses adapt and subside, dishonesty should subsequently increase.

My collaborators Tali Sharot, Stephanie Lazzaro, and Dan Ariely and I set out to investigate if this was the case in an experiment later published in the journal Nature Neuroscience. We asked volunteers to give financial advice (how many pennies in different jars) to a second person, who relied on this advice to make a decision. Participants were incentivized to make their advice dishonest; giving dishonest advice benefitted them but came at a cost to the person receiving this advice. Importantly, external factors—the rewards available, the risk of being caught, and so on–were held fixed. This meant that if we observed dishonesty increasing, it was likely the result of changes to internal factors. To determine if this internal factor was adaptation, we asked volunteers to do the task while undergoing a MRI brain scan; this enabled us to unobtrusively examine changes in the brain’s emotional responses.

We found that, indeed, people’s capacity for dishonesty grew over the course of the experiment. Consistent with anecdotal cases of dishonesty, our volunteers typically started off being dishonest by just a small amount—but this grew into much larger amounts by the end of the study.

The imaging results revealed that the gradual escalation of dishonesty was matched by neural adaption in a network of brain regions associated with emotional processing. This network is predominantly comprised of the amygdalae, bilateral nuclei deep in the brain that is involved in processing emotions including negative ones like threat and fear. Initially, when the volunteers started out being dishonest by just a small amount, we saw a strong reaction in this network of brain regions. But a few trials into the task, the reaction was more muted, and a few trials later, even smaller still. By the end of the experiment, participants could be much more dishonest without showing a reaction even as strong as the reaction that small instances of dishonesty generated early on in the experiment.

Given these findings, what steps can we take to mitigate dishonesty and prevent it escalating in this way? Evidence suggests that some of the common measures that are taken to deter dishonesty are not the most effective. One approach, for example, is to legally compel parties to disclose instances in which a conflict of interest is present. However, there is evidence to suggest that this can actually increase dishonesty as people feel less guilty about taking advantage of a conflict if the party at risk of being harmed knows about the conflict.

What seems clear from our research is that the adaptation of emotional responses over time is important in governing how dishonest a person is willing to be. Behavioral interventions that successfully reduce dishonesty in the lab include acts of confession and making the rewards from dishonesty more obvious. An interesting possibility is that these interventions amplify or reinstate emotional responses to dishonesty, preventing or halting the adaptation process. Measures like these and others might hold the key to developing alternative approaches to curbing dishonesty and preventing it from escalating to truly harmful, Bernie Madoff levels.