Back to Parent Page
HomeBriefingsHoliday Blues: Getting the Facts, Forgetting the Myth 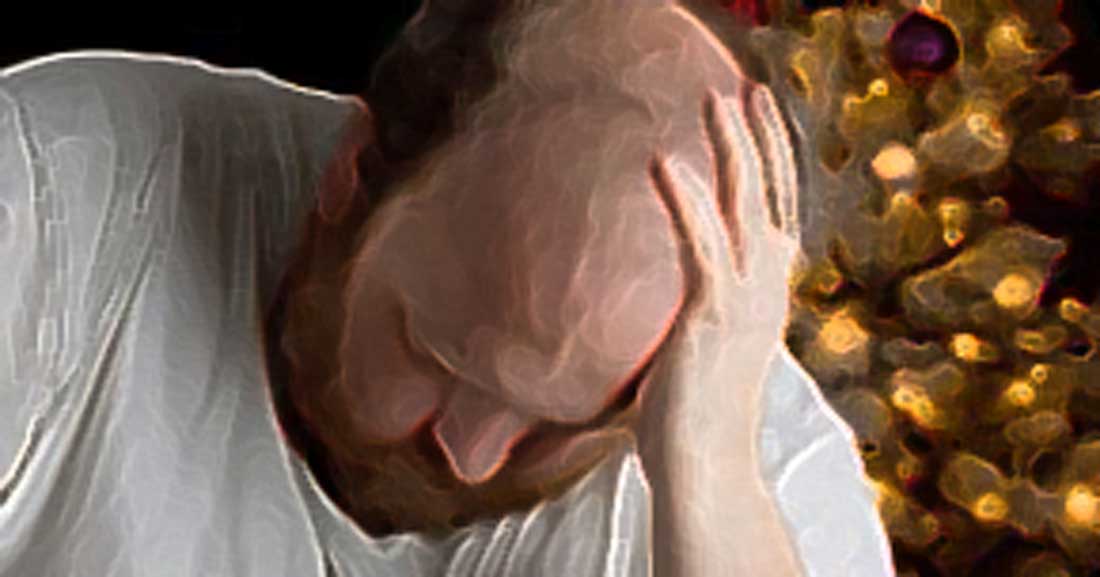 The holidays are a time for joyful celebrations, merry-making with friends and family, good tidings, and abundant generosity. Right?

Well, maybe. Not everyone greets the season with the jolliness of Old Saint Nick. For some, the holidays can be downright depressing. Much has been written about the “holiday blues,” but as it turns out, not all of it is accurate.

Take the suicide myth, for example. The idea that suicides increase dramatically over the holidays is repeated so often that it is often accepted–and reported–as truth. A 2014 analysis by the Annenberg Public Policy Center found that 70 percent of news reports published on the topic in the previous holiday season perpetuated the myth without correction, a proportion that has remained essentially unchanged since 2010.

In contrast to the oft-repeated misperception, the most recent suicide statistics from the U.S. Centers for Disease Control (from 2010) indicate that suicides were actually lowest during the months of November, December, and January, and peaked between April and August.

It’s not clear why the suicide-holiday myth is so persistent. Perceptions about the holiday blues likely play a role, but statistics simply don’t support the connection. Annenberg Center experts, who have tracked media coverage of suicide since the 1999 holiday season, say this kind of inaccurate reporting–even when well-intended–reinforces a false belief that could hamper suicide prevention and education efforts. The American Foundation for Suicide Prevention offers a free resource for journalists to help improve suicide reporting.

Beyond the Suicide Myth

Holiday suicide misconceptions aside, it is a fact that people who are clinically depressed are at higher risk for suicide. Up to 90 percent of people who die by suicide have clinical depression or another diagnosable mental disorder, often co-occurring with substance abuse. Adverse or traumatic life events, especially in combination with clinical depression, increase suicide risk. The National Institute for Mental Health offers information for the public on the risk factors and warning signs of suicide.

Dana Alliance for Brain Initiatives member Myrna Weissman, Ph.D., professor of epidemiology and psychiatry at Columbia University College of Physicians and Surgeons and director of epidemiology at the New York State Psychiatric Institute, points to a “really important and troubling finding” from a recent study that found a sharp increase in suicide among middle-aged, working-class white males, even as suicides decreased for minorities and stayed relatively stable overall. Only by close analysis of subgroups was the worrisome increase in this particular population revealed, an upward trend that was persistent and large enough to drive up midlife mortality rates in the demographic.

The authors, including a Nobel Prize laureate in economics, speculated that the rise was linked to the worsening economic situation for middle-class Americans. Weissman suggests the finding is relevant to holiday depression because of the increased financial pressures of gift-buying, entertaining, traveling, and attending social gatherings during the season.

“For many people, holidays are stressful because of the expectation of buying presents,” says  Eric J. Nestler, M.D., Ph.D., professor and chairman of neuroscience and director of the Friedman Brain Institute at the Mount Sinai Medical Center in New York. “These are tough financial times, and it is difficult for many people to meet those expectations.”

How can one tell if holiday sadness is “just” a case of transient moodiness or a sign of clinical depression?

Weissman says that it’s difficult to generalize. “I don’t think we can do anything but speculate. People who have recurrent major depression or have a family or personal history of major depression and develop the blues at the holidays–or any time–should be observed carefully to ensure they get proper treatment before they develop a full depressive episode. You can sometimes nip it in the bud.”

In this sense, the holidays might be a tipping point for some people who are already vulnerable to depression recurrence.

“For people who don’t fit into those categories,” continues Weissman, “these episodes are probably transient and will pass with time and with some positive experiences and interactions with people to whom they feel close.”

Clinical depression is generally defined as sadness or anhedonia (lack of pleasure from formerly enjoyable activities) that persists more than two weeks, coexists with other symptoms, and is severe enough to interfere with normal day-to-day activities. There is currently no definitive exam, such as a blood test or brain scan, that can provide an objective diagnosis or differentiate major depression from short-term sadness. Instead, clinicians rely on personal and family history and a careful inventory of symptoms to make a diagnosis.

Although neuroscience has made some inroads into understanding the brain basis of clinical depression, and neuroimaging scans conducted in research settings show clear differences in how a depressed brain looks vs. a normal brain, at this point brain imaging is not sufficient to tell a serious affective disorder from a transient change in mood.

Nestler is not aware of brain-imaging studies that have assessed whether similar brain regions are affected in holiday sadness and in depression, but expects there would be overlap in the areas of the brain involved. “Brain regions that control and reflect mood are likely to be affected in both conditions,” he says.

It may seem counterintuitive that a time of supposed joy and goodwill can make people sad–or sadder, in the case of underlying depression that is worsened. Yet the heightened social interactions, or lack thereof, are often the source of problems.

“Holidays can be a time when the things that trigger depression–grief, disputes, transitions–are in abundance,” Weissman says.

“Loved ones may have died or aren’t able to be nearby, so a person is alone and grieving. Disputes can arise that may be suppressed during the rest of the year because people aren’t seeing one another or don’t have the same expectations as they might have around the holidays. Transitions–all of the normal and abnormal kinds of changes in one’s life, such as children leaving home, moving–these things can make it more difficult to see loved ones or experience the same interactions.”

All of these dynamics can increase the stress factor, and stress is a well-known trigger for depression. Chronic stress in particular increases risk for major depression, but even acute or short-term stress can be problematic, especially in someone who has a personal history of depression. The stress of holidays is no different, says Nestler.

“I would view holiday stress like any other type of psychological or emotional stress,” he says. “Holidays are stressful for people for whom seeing their families for long hours is difficult due to complicated relationships. Others want to be with their families and friends but cannot, perhaps due to military service, work assignments, etc. Holidays are a time when people remember family and other important life events, so it can be tough for people who have lost loved ones.”

Could It Be SAD?

For many people who live in northern climates, the holidays fall in the dead of winter. Days are short, nights are long, and weather patterns may mean days on end without sunlight. Seasonal Afffective Disorder (SAD) is a well-described depressive condition linked to lack of sunlight.

SAD can take hold even in the fall, as the days begin to shorten. It is most common among people who live far from the equator and who have a history of depression or bipolar disorder. The exact mechanisms of how decreased sunlight causes an increase in depressive symptoms in susceptible people are not clearly understood. Age, gender, and family history seem to play roles; if others in your family have had depression, you may be at increased risk for SAD.

The good news is that SAD can often be treated effectively with light therapy. In people who don’t respond to light therapy, antidepressants and/or talk therapy may be warranted, as with other types of depression. SAD typically resolves once daylight increases in the spring.

Finding ways to cope with the heightened demands of holiday gatherings, or filling the gap where they aren’t, is key to surviving the season with affect intact. This can be challenging, because one’s coping strategies may be the first things to fall by the wayside in the busy holiday season. For example, some people may find that going to the gym helps them manage stress, but can’t find time for their regular workout. Keeping expectations manageable and setting time aside for the things that count is critical, even if it means letting go of some less-important engagements or activities. The Mayo Clinic offers helpful tips for coping with holiday stress, including these: