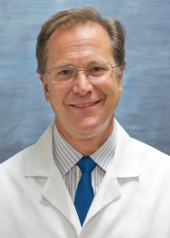 Your research team is one of the only in the world using advanced brain imaging to tackle the question of how malaria affects children’s brains, often leading to death and neurologic disability. Why take on a condition like pediatric cerebral malaria?

Michael Potchen: Malaria is still a very active disease worldwide, costing almost a million lives every year. Yet to date, there has been almost no brain imaging of the disease in children. Until recently, we didn’t understand why kids with cerebral malaria died;the underlying pathophysiology behind the brain injuries sustained in survivors seems to be mediated by different mechanisms. Although it’s been a significant disease for a long time, too little is known about it.

How has brain imaging factored into this investigation?

We’ve been involved in a longstanding study in Malawi, in sub-Saharan Africa, to try to figure out the pathophysiology of cerebral malaria, and several years ago they brought in an MRI scanner to do brain imaging there. We published findings in the New England Journal of Medicine that edema (brain swelling) seems to be the primary cause of death and morbidity. But we don’t know what’s causing the brain swelling. Before we can treat the disease effectively, we need to know the cause.

In the latest study in Zambia, which the Dana Foundation sponsored, we used a more powerful MRI with a higher-field magnet (1.5T vs .35T in Malawi) to better understand what’s really going on in vivo and to try to get a better handle on the causes of edema.

What was your hypothesis going into the study?

We thought we would confirm some of the pathologic findings found in autopsies that were done on the children in the Malawi study. We weren’t sure if these findings were agonal in nature–i.e., they were there because these kids died–or if they were part of the disease state that caused the kids to die. That’s what we wanted to figure out in Zambia.

But you found something different altogether?

We did find something different. One of the pathophysiologic hallmarks of cerebral malaria in autopsy findings is breakdown of the blood-brain barrier, so that was a leading hypothesis for what was causing the brain to swell. But we saw nothing on the imaging results to prove there was significant breakdown of the blood-brain barrier. We did not confirm that hypothesis.

Our main finding was vascular congestion. That makes sense, because the parasites actually live in the cerebral veins–that’s where they hang out. They sequester, or concentrate there, and obstruct blood flow. Our findings confirmed that venous obstruction is an etiology for the brain swelling seen in cerebral malaria in children.

How has this work contributed to moving the field of malaria research forward?

It has moved the field forward significantly in the sense that a lot of the focus in the past was on the breakdown of the blood-brain barrier, and our findings disproved that as the only cause of brain swelling. That in and of itself is a huge paradigm shift in the whole malaria world. It’s the reason we’ve had a hard time getting this published—no one wants to believe it. [laughs]

So your findings are forcing a little reality check on what we thought we knew about malaria. How might these insights affect clinical care?

Now that we know some of these potential etiologies and can rule out some of the others, we can try to address what’s going on with these kids clinically. More studies need to be done to fully answer the question of how clinical care will be affected, but one immediate implication relates to treatment with corticosteroid drugs, which are used to reduce swelling. Theoretically, steroids should work in these children, but they don’t, and no one could figure out why not. Our finding that the blood-brain barrier is intact explains why steroids don’t work to reduce edema.

We need to do more work to figure out what’s causing the edema, and we need to study more children. At this point, we’ve scanned 16 children in our preliminary study with the high-field MRI, and we’re looking to increase that number. Still, we have a pretty good idea what is happening, and the types of therapy that might help based on the etiology. For example, many of these kids have seizures, and it looks like seizures play a significant role in the pathophysiology of brain injury in survivors. In the Dana-funded Zambian study, we confirmed that some of the findings related to edema may also relate to seizures. Clinically, this suggests that controlling seizures during the acute phase of infection may decrease mortality, or at least reduce morbidity.

What’s different about this disease in children? Why not study adults?

The big thing to understand is that this syndrome occurs like this only in kids. Adults don’t get this. Kids who die of malaria die a brain-stem death–they typically die of respiratory failure. Adults who die of malaria die from multi-system failure: their liver goes out, their kidneys go out. They go into coma due to kidney failure, not because their brain stem is sequestered.

Even though the parasite also sequesters in the brains of adults with malaria, it doesn’t have the same effect on the adult brain. It’s a very important distinction.

Why only children? What’s different about their brains? No one knows why kids get this and adults don’t. We think it has something to do with autoregulation processes, which regulate blood flow in brain. Younger brains react differently to congestion or blockages in the venous system.

Why has the higher-strength MRI scanner been so important?

The research the Dana Foundation funded actually moved us forward quite a bit, because it allowed us to use a higher-field magnet. That’s really the bottom line.

Because of the higher-field MRI, we were able to do susceptibility-weighted imaging (SWI), an advanced imaging technique that can detect micro-disturbances in the veins that the Malawi scanner missed. We were looking for micro-hemorrhaging and intravascular hemozoin [a byproduct of parasitic metabolism of hemoglobin] as evidence of where the parasite sequesters in the brain. Autopsy results suggest it sequesters everywhere, but it has not been known whether that is an agonal event or something that occurs in vivo with everybody.

The SWI imaging enabled us to find out where the parasites are living and whichere veins are involved. We now know they concentrate in the veins of deep grey-matter structures such as the globus pallidus, the putamen, and the caudate. Now we can backtrack into seeing what kind of edema is associated with that pattern. That’s a big step.

What has been the biggest challenge in this work?

MP: The biggest problem we have in this study is that I’m a radiologist doing brain imaging in a field in which the malaria people, who are infectious disease experts, don’t understand what we’re trying to do. The other caveat is that people in the radiology world have no understanding of malaria. It’s one of these situations where we fall right in the middle of two disciplines. The radiology field and the malaria field are so disparate. When I present these findings at a tropical disease conference, they have no idea what I’m talking about. When I go to a radiology meeting, they have no idea what I’m talking about. So it’s been tough to actually find someone qualified to review the findings.

The reality is that the places where malaria is endemic are low-income, limited-resource settings where people don’t have access to high technology. As a general rule, they don’t have any way to use MRI to evaluate malaria, which is why it’s never been studied. Malawi is a country of 17 million people and there is one radiologist; he’s the one who works with us. Zambia is a country of 15 million with three radiologists.

Can this kind of effort really make a difference in the long term, given the challenges of the local health systems in malaria-endemic sub-Saharan Africa?

MP: This is one of those areas of science that is not all black and white; there are huge parts of grey in the story, and that’s partly because of the resource-poor setting in which we’re working. We’re really grateful to the Dana Foundation for seeing that and helping to try to address it.

This study wasn’t just about understanding the disease, it was also about building an infrastructure to sustain research in this environment. That was a huge part of what we did with the Dana grant. We are continuing to train radiologists and radiology techs, and were recently awarded an RO1 grant from the NIH to continue this work. The goal is to continue to build on what we have started to ensure a sustainable program where we can continue to scan.

We’re on the way, but we have a lot more work to do. In the science world, people just don’t know what to make of these findings, but the effect of malaria on children is a significant problem that we’re trying to address. The Dana Foundation funding definitely helped us move forward in our understanding of why these kids die and what we can do to help them.