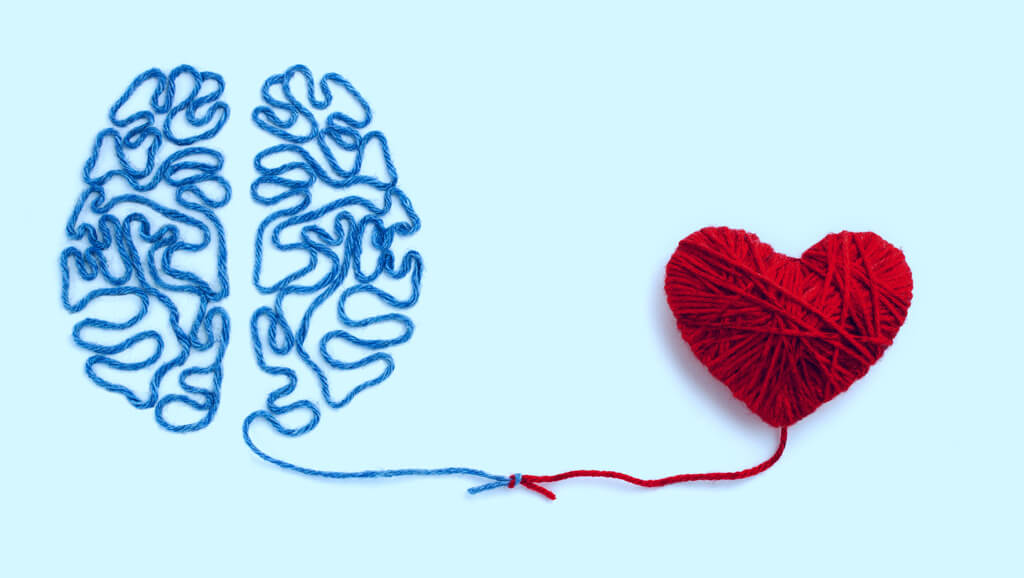 In an advisory issued last November, the American Heart Association and American Stroke Association concluded that risk factors for heart disease and stroke are “closely associated” with cognitive decline and dementia as well.

“Observational epidemiological studies such as Framingham and Northern Manhattan have provided a substantial backdrop of results” supporting this link, says Philip Gorelick, professor of Translational Science and Molecular Medicine, and chair of the committee that wrote the advisory.

Based on such evidence, “the AHA and ASA are entering a new space for patient advocacy, research, and healthcare: brain health.”

In so doing, these influential organizations add their weight to a growing recognition that evidence for the heart-brain connection is strong enough to double down on measures to promote healthy behavior and control cholesterol, body weight, and blood pressure.

The Institute of Medicine, for example, included “reduce and manage cardiovascular risk factors” in its short list of recommendations in a 2015 report on cognitive aging.

“The next step in research is to try to understand how these factors interact with the brain, how they could lead to dementia, and whether they play a role in the Alzheimer’s pathology people focus on,” says Lenore Launer, chief of the neuroepidemiology section of the National Institute on Aging.

It’s a question complicated by the fact that dementia is rarely simple. “Most people don’t just have one pathology in their brain,” she says. “They have mixed lesions—some Alzheimer’s, some microvascular damage, some Lewy body disease. Cardiovascular effects may be [primarily] related to vascular disease in the brain, or set the environment for other lesions to be formed, or lead to other lesions directly.”

The Atherosclerosis Risk in Communities (ARIC) study, which tracked cardiovascular risk factors, cognitive function, and dementia in 15,744 people since the late 1980s, may shed some light on the issue.

An analysis of ARIC data reported in JAMA Neurology in 2017 found that several cardiovascular risk factors at midlife were strongly associated with dementia in later years. Diabetes appeared to increase risk nearly as much as APOE e4 genotype, for example. Other risk factors include cigarette smoking, hypertension, and prehypertension—blood pressure just slightly above normal.

But ARIC investigators probed further. “What’s unclear is whether vascular changes in the brain, along with AD degeneration, make cognition worse so people are more likely to be diagnosed with dementia… or there’s some direct link: that vascular risk factors lead to changes in the brain that lead to AD,” says Rebecca Gottesman, professor of neurology at Johns Hopkins and lead author of the paper.

Exploring this question, she says, was the rationale for a study that examined a subset of the ARIC population with PET scans designed to show the amount of brain amyloid, a protein strongly associated with AD.

Among 336 subjects, researchers found a significant association between total number of cardiovascular risk factors (smoking, obesity, hypertension, diabetes, and elevated cholesterol) at midlife, and amyloid decades later. Those with one risk factor were nearly twice as likely to have elevated levels as those with none, and having two or more nearly tripled the risk.

These findings “give a little more insight into what the mechanism [linking cardiovascular risk and dementia] is,” says Gottesman. “They don’t give us answers, but chip away a bit more as to what’s going on.”

Interestingly, there was no link between cardiovascular risk late in life and amyloid. One possible explanation, Gottesman says, is that midlife is “a vulnerable period, during which people have to be exposed to have an effect.” Alzheimer’s pathology is a long-term, complex process, “and a lot of people who study this…think vascular changes belong to the left side of the curve: they happen before other changes start… even decades before, to initiate the process.”

Because AD takes so long to develop, vascular risk factors late in life may have little impact. Launer suggests they may even be misleading. “Blood pressure, cholesterol, and weight go down when people develop dementia,” she says. “We have data that levels start declining at least six years before clinical signs.”

The Alzheimer’s process may actually begin well before midlife, Gottesman suggests. “What happens in the teens, 20s and 30s could be even more important.” Large studies now underway may provide clues. The Rhineland study, for example, will follow 30,000 people, some as young as 30, into their later years.

The road from vascular risk to AD-associated protein remains uncharted. “We know diabetes, hypertension, and obesity are associated with inflammatory states… and one thought is that these could lead to brain changes over time,” Gottesman says. Another analysis of ARIC data in fact showed an association between elevated inflammatory compounds at midlife, and reduced brain volume decades later.

“Blood-brain barrier function is also impaired in cardiovascular disease,” she points out. “It could be a combination of these factors.”

“Not being able to clear toxic proteins may be as bad as producing too much,” Launer suggests. “If damaged blood vessels can’t clear toxic portions of amyloid and tau proteins, they build up.”

When the flow slows

Another possible pathway from cardiovascular to brain dysfunction may be the circulation itself. Repeated studies have linked reduced cardiac output (the amount of blood pumped by the heart) to smaller brain volume, white matter changes, and cognitive decline. A 2015 paper using data from the Framingham Heart study found that, over an average 7.7 years follow-up period, participants with such reductions had nearly twice the normal risk of dementia.

These findings are somewhat surprising, says Angela Jefferson, director of the Vanderbilt University Alzheimer’s and Memory Center and lead author of the 2015 paper, because the brain is usually protected by homeostatic processes that maintain adequate blood flow when circulation elsewhere in the body falls.

“Our recent work provides insights into possible mechanisms underlying these earlier observations,” Jefferson says. In a 2017 study published in Neurology, she and colleagues used fMRI to show that, in a group of 314 older adults, blood flow in the brain was in fact lower in those whose systemic circulation had declined. “The reduction in cerebral blood flow was most prominent in the temporal lobes, where Alzheimer’s pathology first evolves,” she says.

By limiting delivery of oxygen and nutrients and removal of metabolic wastes, “even a small reduction in cerebral blood flow can affect neuronal health and integrity,” Jefferson says. In regard to Alzheimer’s disease specifically, “amyloid is cleared through the vasculature.”

Why the homeostatic mechanism that protects the brain fails is unclear, Jefferson says. But it is known to rely on tiny arteries, “and we believe … decades of vascular risk factor burden, such as elevated blood pressure, can subtly damage microcirculation over time and render it less effective at responding to modest fluctuations in cerebral blood flow.”

These findings “add to an increasing body of work suggesting cardiovascular risk factors and disease have a deleterious effect on the brain,” she says.

Eyes on the prize: prevention

From a public health perspective, the most immediate implication of heart-brain findings is increased motivation to reduce vascular risk. “People are more frightened by dementia than heart disease and stroke,” says Gottesman. Studies like hers further emphasize the need to take action as early as possible.

She adds a caveat: “If hypertension is associated with [dementia risk], it doesn’t mean eliminating hypertension will eliminate the risk. Intervention trials are simply not long enough to show potential benefits,” although observational studies may suggest that pattern.

Research based on such studies may in fact help validate the connection between risk reduction and prevention. “The biology of the associations we’re finding in epidemiological studies needs to be examined more carefully,” says Launer. “We need to go from cardiovascular risk factors to the pathological processes they’re setting up that may lead to dementia.

“To apply these findings to public health, in designing trials of prevention programs to see if changing risk factors can have an effect on people’s brains, we need to know what to measure when they are younger,” she says. “We could do with more research to establish intermediary biomarkers.”

Understanding what happens between midlife risk and late-life dementia “may help focus screening and intervention,” Launer says. “We could get a better idea of specific targets. It may be, for example, that certain drugs we’re already giving to lower cholesterol or blood pressure are targeting pathways that are important later on.”