Back to Parent Page
HomeArticlesHalloween Can Bring Out Our Phobias 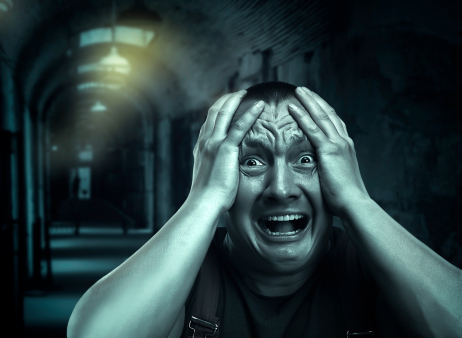 It’s Halloween, which means many of us will be using haunted houses and horror-movie marathons to intentionally tap into our deepest fears. We all experience fear, but what happens when those fears become unbearable and turn into phobias? It’s important to remember that fear and phobias are different things – according to the Diagnostic and Statistical Manual of Mental Disorders, Fifth Edition, fear “is the emotional response to real or perceived imminent threat” whereas phobias are actually a form of anxiety disorder defined by “a persistent and excessive fear of an object or situation.”

Where do phobias come from, and why do only some people experience them? There are three different types: social phobia, also known as social anxiety; agoraphobia, the fear of being in places where you will be trapped and unable to escape; and specific phobias, characterized as phobias to either animals, natural environments, blood-injection-injury, situational, or other. Specific phobias are the most common form, affecting approximately 8.7 percent of the United States population, according to the Anxiety and Depression Association of America.

The average onset for specific phobias occurs at 7 years-old, though they can develop at any age. Among the different factors that can cause them are experiencing a traumatic event, having an unexpected panic attack, or extensive media coverage of something such as a murder or terrorist attack. Some studies suggest a genetic link, or that a specific phobia is a learned behavior.

Another theory about the development of phobias is slightly more eerie. Derived from anthropologist Ernest Becker’s 1973 book The Denial of Death, the social psychology theory known as Terror Management Theory was originally proposed by three psychologists. The theory suggests that our fear of death and its inevitability leads to a certain sense of self-preservation, forcing us to adopt certain worldviews, cultural significances, and prejudices. The theory also puts forward that when a person experiences high levels of stress or threats to their life or the lives of loved ones, he or she may develop unhealthy and pathological coping mechanisms, leading them to focus on smaller and more “manageable” threats, such as spiders, needles, the dark, or heights – better known as specific phobias.

So for those of you with specific phobias, don’t feel too bad about skipping out on the haunted houses and scary movies this year, though some evidence suggests that exposure therapy can be useful in helping people move past their fears. Regardless, you can take solace in the idea that it is just your brain trying to cope with the inevitability of death that comes along with being human, and that spiders and zombies are just a placeholder.