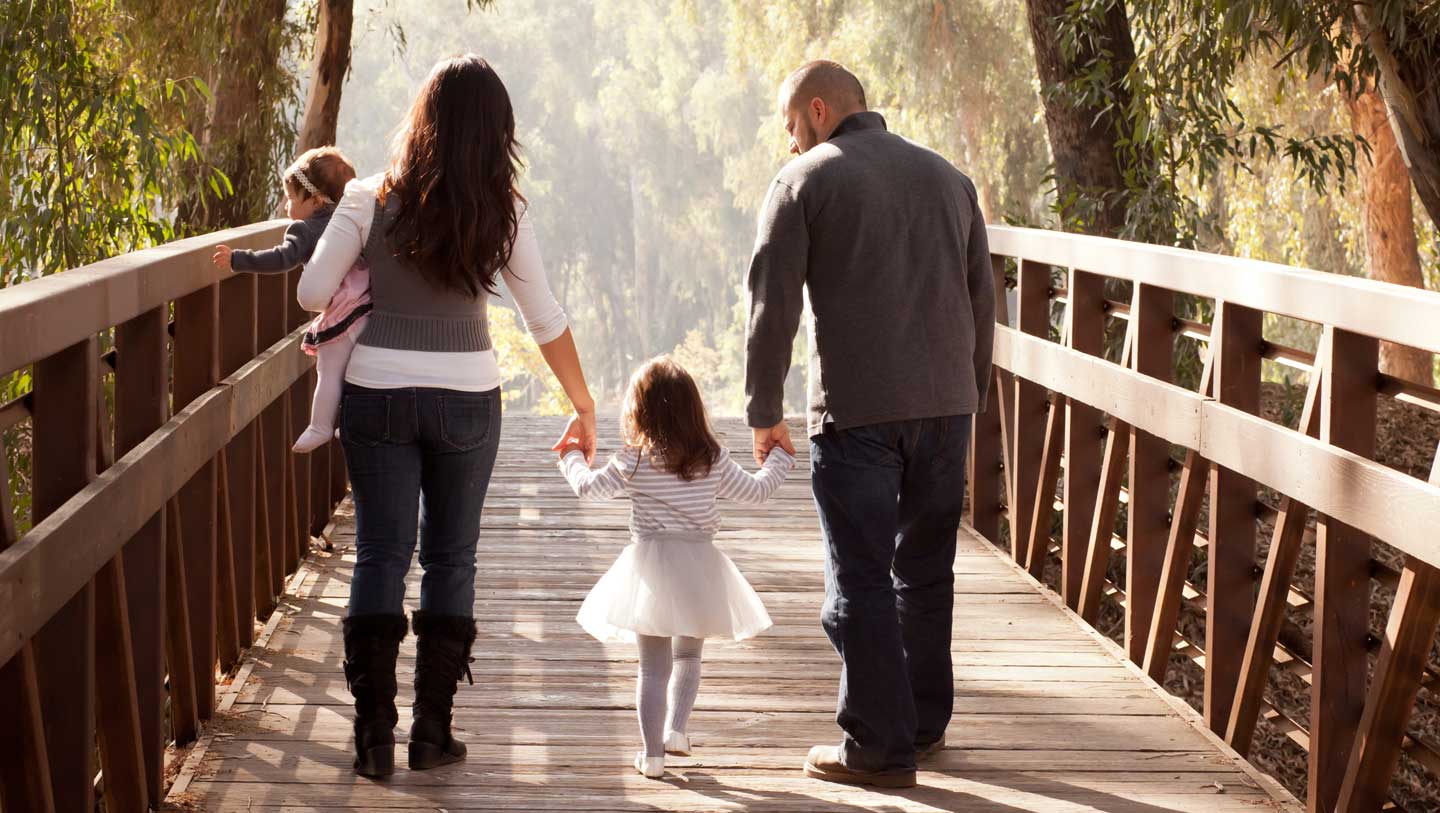 Our parents largely make us who we are—most literally with their DNA, a biological legacy passed down from generation to generation. But we can be shaped by their experiences as well, albeit indirectly. If your mother lived through war or serious abuse, she probably raised you differently than she would have, had her life always been pleasant and placid.

Research of recent decades suggests a third way, in which biology and experience, nature and nurture combine.

The intensely active field of epigenetics has shown that while genes remain unchanged, their expression—how they produce the proteins that make up our brains and bodies—undergoes constant revision. Chemical structures like methyl groups (one carbon and three hydrogen atoms) alter the transcription of DNA information to RNA; microRNA molecules regulate the translation of RNA to protein.

Epigenetic mechanisms influence the enduring effects of drug abuse, smoking, and stress. By the same token, gestation in a prenatal environment altered by maternal stress or toxic exposure can result in “lifelong changes in gene expression within the circuits of the brain, which cause lifelong changes in behavior,” says Eric Nestler, professor of neuroscience and director of the Friedman Brain Institute at Mt. Sinai Medical School, and a member of the Dana Alliance for Brain Initiatives.

The next step, that parents epigenetically transmit some of their life experience to their children—the traumas of the fathers are biologically visited on the sons—is much harder to prove. But accumulating data have made the proposition increasingly credible, Nestler wrote in a 2016 review paper in PLOS Biology.

Animal studies indicate, for example, that offspring of rodents that were stressed before conception behave differently as adults, and “I believe there is an epigenetic component to this phenomenon, under some circumstances,” Nestler says. “There is evidence sperm and egg cells harbor some changes that can be passed on to offspring.”

Extant evidence goes so far and no farther, he emphasizes. “I think this has been hyped quite a bit in the field. Some assume that epigenetic inheritance supersedes genetic and environmental influence, when the data suggest genetics and environment are much stronger.”

Light on the Subject

One recent study suggests that epigenetic change may transmit the effects of something as common as exposure to light at night, which has been linked, in humans and animals, to endocrine and immune dysfunction, depressive symptoms, and prediabetic increases in blood sugar.

In a 2017 paper in the Nature publication Scientific Reports, researchers showed that when Siberian hamsters were subjected to dim light at night, their offspring, although raised in a normal environment, manifested some of the same immune abnormalities as their parents.

In the parents’ spleens—a key organ in immune regulation—the researchers saw reduced methylation of genes for glucocorticoid and melatonin receptors, hormones known to be altered by circadian rhythm disruption. Methylation changed similarly in some of their offspring.

The findings “give moderate support” to the epigenetic transmission hypothesis, says senior author Randy Nelson, professor and chair of the department of neuroscience at Ohio State University. “The manipulation occurred preconception, but are its consequences epigenetic? We don’t have definitive evidence. We see change in methylation rates, but we don’t have any ideas about how this connects to effects [like immune disruption].”

In ongoing research, “we’re trying to figure out the mechanism more precisely,” he says.

From Germ Cell to Brain

Tracy Bale, professor of neuroscience in psychiatry at University of Pennsylvania, has been exploring such mechanisms, strengthening the case for epigenetic inheritance by isolating it from other factors.

Stress (a frequent focus of epigenetic studies) has been shown to alter how rodent mothers nurture their offspring, and even mating with stressed males can influence maternal care. Bale and her colleagues devised a series of experiments to sidestep these variables.

Their earlier work showed an altered hypothalamus-pituitary-adrenal (HPA) stress response in the offspring of stressed male rats, an abnormality that has been linked to human disorders including PTSD and depression. Other researchers’ findings suggest that RNA in stressed rats’ sperm cells may carry the transgenerational effect.

As reported in PNAS, Bale and her colleagues went further, identifying nine specific types of microRNA (miRNA) that appear to transmit stress from father to offspring. To test their hypothesis, they microinjected these miRNAs into fertilized eggs from unstressed parents. The offspring showed the same HPA abnormalities as natural progeny of stressed fathers. There were also changes in the hypothalamus, a brain region that modulates the stress response.

How miRNAs in parents’ germ cells shape offsprings’ brains remains a mystery. “Development is a trajectory,” Bale says. “Slight alterations early in gestation affect the steps that follow. Alteration in sperm miRNA may set up a cascade of effects, but just what happens between a two-celled embryo and a brain—there’s a lot we don’t know yet.”

There have been “a plethora” of animal studies that, like hers, establish the role of epigenetics in intergenerational transmission, she says. For example, a 2014 study reported in Nature Neuroscience found that the offspring of male mice conditioned to fear a specific odor were sensitive to the same odor—as were their offspring. The researchers also saw epigenetic changes in the sperm of the conditioned males that could account for the effect.

“But whether there’s concrete evidence in humans is another story,” says Bale.  “By and large, the evidence is descriptive.”

Smoking, being overweight, and other factors apparently influence epigenetic phenomena in human sperm cells, but their impact on offspring is unknown. Catastrophic events such as famine provide a naturalistic experiment: “Their effects are seen generations later,” says Bale, but it’s been impossible, thus far, to determine whether they act through epigenetic change or parenting.

One such event that has received close scrutiny is the Holocaust, much in the research of Rachel Yehuda, professor of psychiatry and neuroscience at Mt. Sinai School of Medicine, who has been working with survivors and their children since the 1990s.

“The fact that offspring are affected because of the trauma that happened to their parents—that’s clear,” says Yehuda. She has shown that the adult children of Holocaust survivors have more psychopathology, such as depression and PTSD, than their peers. The conventional explanation is upbringing by mothers and fathers who were altered by devastating experience.

“But the fact is that offspring have spent a lot of time trying to work out why they feel differently, and they often have a sense of it being deeper,” Yehuda says.

Findings she reported in Biological Psychiatry “may offer the promise that the ‘deeper’ is there and we can find it,” she says, possibly in an epigenetic mechanism.

In the 2016 study, Yehuda and colleagues focused on a gene, FKBP5, which has been associated with both depression and PTSD, paying special attention to the section shown earlier to undergo epigenetic change linked to trauma.

Methylation at this site was significantly different in Holocaust survivors than in controls. Differences were also marked in their offspring.

Paradoxically, the epigenetic alterations went in different directions—FKBP5 was more highly methylated in parents than controls; in offspring it was less methylated than controls. Yehuda has no explanation for the divergence, but conjectures that “it may suggest accommodation” to an environment specific to children of trauma survivors.

“You can’t parse biology from other influences” based on these findings, she says. Among other things, the offspring were adults, some in their 50s when the study was done, and their epigenetic profile might reflect their own experiences.

“I get an email every day, asking if I will talk about ‘how trauma is inherited.'” But her findings show nothing of the sort, she insists: “It’s really very preliminary work.”

In subsequent studies, some already underway, Yehuda hopes to separate maternal from paternal effects on offspring, and to look for correlations between methylation and psychopathology. She is exploring whether drugs (in animals) and psychotherapy (in humans) can change methylation and gene expression.

She envisions further research to work out the epigenetic mechanism—how methylation of this part of this gene affects the stress response. “You can’t just see an epigenetic alteration and make some statement about downstream impact; you have to think in a systems biology context,” she says.

More generally, to make a solid case for epigenetic inheritance in humans, “we need to understand every single step in this story line, and identify with certainty that it is causal,” says Nestler: “How it is that stress causes change in the sperm or egg cell; how change in something as simple as an egg or sperm cell can lead to lifelong change in how the brain is put together.”

Yehuda’s study, he says “is most definitely a step in the right direction.”