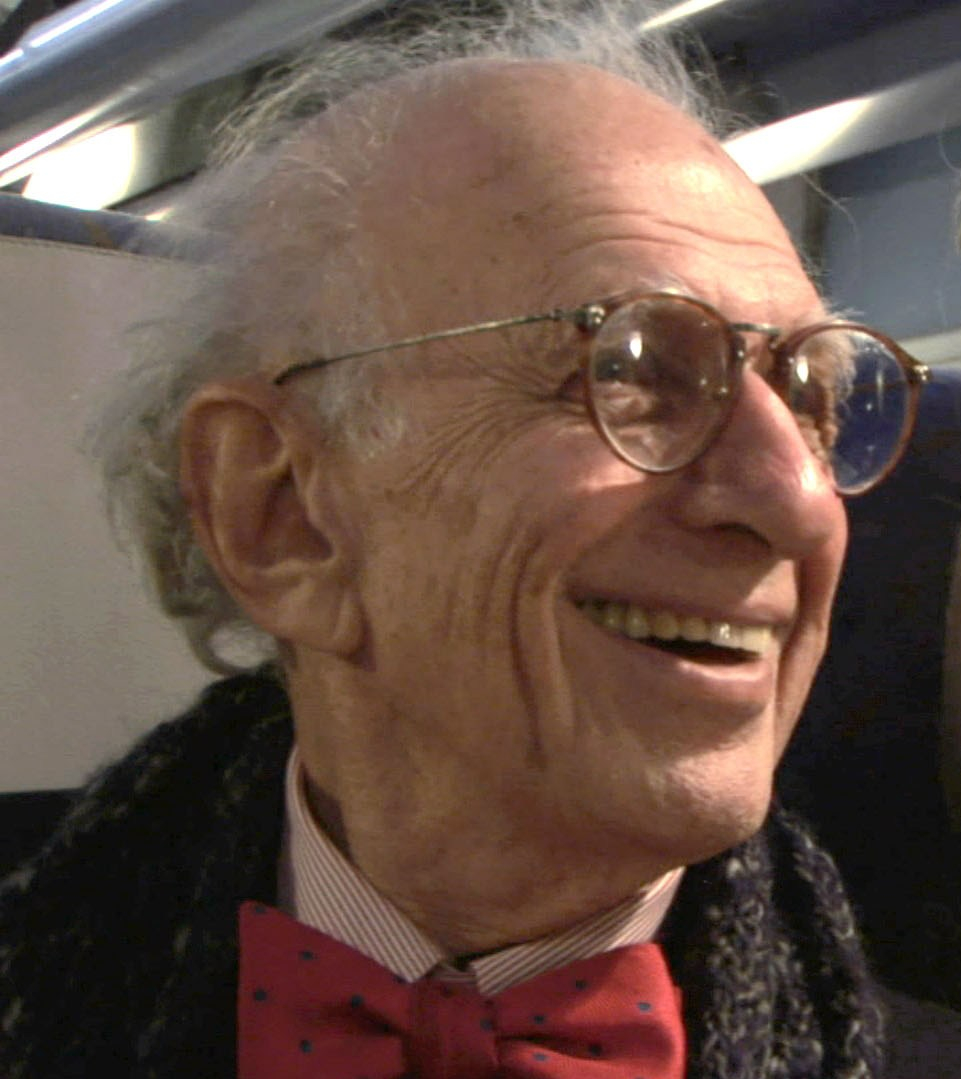 On the latest episode of the Clear + Vivid podcast, host Alan Alda, well-known actor, writer, and, in recent years, crusader of science outreach, sits down with old friend and Dana Alliance for Brain Initiatives member Eric R. Kandel, director of the Kavli Institute for Brain Science at Columbia University and author of The Disordered Mind: What Unusual Brains Tell Us About Ourselves. Kandel speaks to Alda about his work, the satisfaction of connecting with audiences, and fleeing Austria in the aftermath of its annexation to Nazi Germany.

The podcast focuses on communication and connection. It’s through conversations with individuals holding mastery in various fields that Alda guides the listener, stopping to appreciate peaks and valleys of the art form. In this, Alda and Nobel Laureate Kandel find and sustain a relaxed stride, offering listeners morsels of wisdom: The importance of being mindful of your audience, focusing on one person and changing your approach based on their responses (favorable or not); the role of laughter in forming connections; and the delicate dance of simplifying your ideas to a lay audience without treading on and distorting the science.

Yet, the conversation is not exclusively mirthful. Kandel speaks candidly about emigrating to America, leaving his home country of Austria in 1939 when he was 9-years-old; only his 14-year-old brother at his side. Their parents found themselves unable to travel until months later. He speaks of his memories of Kristallnacht, or “Night of Crystal”—a tragic moment when synagogues and Jewish properties were ransacked, burned, and damaged throughout Germany and Austria. “Every single synagogue in Vienna, in Berlin, and several other cities was destroyed,” Kandel says. “Many Jews were kicked out of their apartment, including my family, and Jews were beaten up all over.” This was only a couple of days after his birthday, forever disrupting his life.

In recent years he’s been studying the relationship between the artist and the audience, delving into the “Beholder’s Share,” an idea popularized by art historian Alois Riegl, separating art into two halves: one the creation itself and one the creative response of the audience or “beholder”.

Using the brain imaging expertise of colleague and fellow Dana Alliance member Daphna Shohamy, Ph.D., Kandel is seeking to understand how people respond to works of art, specifically when experiencing figurative, transitional, or abstract works; all from the same artist. “What’s happening is that the distinction between art and science,” says Kandel,” is being diminished. We’re beginning to bring scientific methodologies to bear in the study of art.”

This, he says, is causing some to caution that scientific dissection of the creative process could degrade our appreciation of art. But Kandel is quick to allay any concerns in eloquent fashion. “The more we understand something,” he says,” the more insight we have in how we respond to something—the richer it makes our experience.”

To hear these two titans muse on communication, art, and the potential memory related benefits of walking, listen to the full episode. To read about Alan Alda’s experience with Parkinson’s, read this recent post.