Back to Parent Page
HomeArticlesEnhancing the Signal: Can Electrostimulation Help with Cognitive Decline? 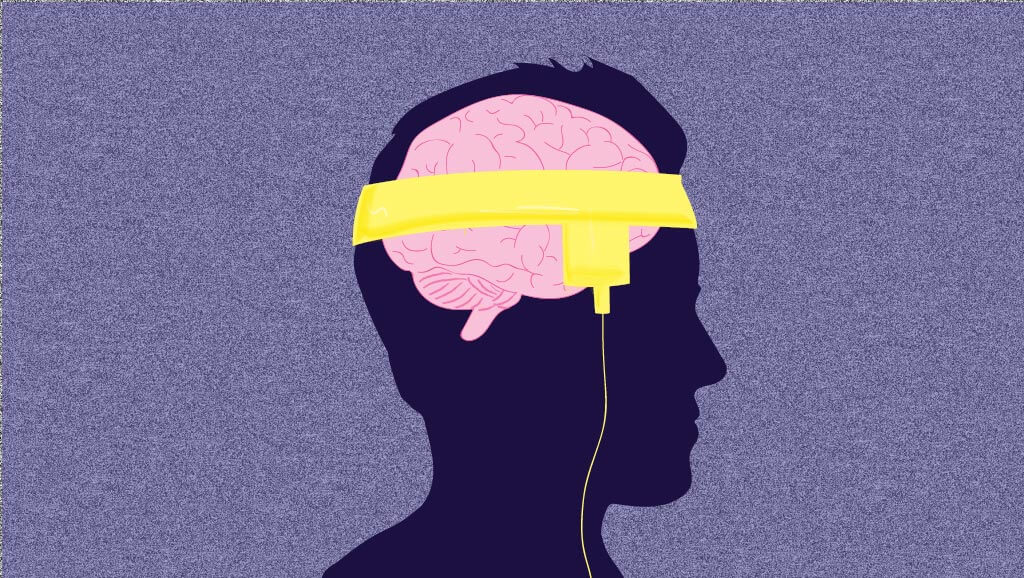 As we age, our brains undergo subtle yet substantial changes. The brain’s volume and vasculature shrink, while levels of regulatory hormones and neurotransmitters fluctuate. As a result, many elderly people experience mild cognitive impairment, a decline in vital abilities like memory, attention, and executive functioning. With the average human life expectancy increasing most years, many scientists are focused on finding new ways to prevent or potentially reverse cognitive decline and allow older populations to live independently for longer. Several new studies from different laboratories suggest that electrostimulation techniques, including transcranial direct current stimulation (tDCS), may be one avenue.

Over the past decade, neuroscientists have found that one type of non-invasive neuromodulatory technique, transcranial magnetic stimulation (TMS), can alter neural signaling in specific areas of the brain by applying powerful magnetic fields. These alterations bring relief to people with issues ranging from depression to schizophrenia (See Tackling Schizophrenia’s Symptoms with Transcranial Magnetic Stimulation. TMS, and its close cousin, transcranial direct current stimulation (tDCS), offer the possibility that physicians could correct age-related cognitive decline by targeting the affected brain networks, says Alvaro Pascual-Leone, M.D., Ph.D., director of the Berenson-Allen Center for Noninvasive Brain Stimulation and a pioneer in electrostimulation techniques.

“TMS uses an electromagnetic approach, where you generate a magnetic field to penetrate the skin and skull to produce a current in the brain,” he said. “tDCS, on the other hand, applies a very low current directly to the skull via electrodes, just enough to shift the membrane potential of neurons in the area you are stimulating, which can increase the likelihood that certain populations of cells will fire.”

The latter approach, he said, could modify the function of networks that have been negatively affected by the processes of aging.

“What causes this age-related cognitive decline is a slowing down of intrinsic oscillations, or patterns of brain activity, in specific networks that affect memory and other cognitive functions,” he said. “But if you could stimulate that network in such a way that you could optimize those oscillations using tDCS, it could translate into the kind of plasticity that can improve function.”

Several studies have now borne that hypothesis out. Robert Reinhart, Ph.D., and John Nguyen, Ph.D., from Boston University, stimulated the frontotemporal region of the skull in cognitively healthy adults aged 60 to 76 years by using transcranial alternating-current stimulation (tACS), a method similar to tDCS that uses an oscillating current. When they stimulated these older adults for just 25 minutes, they found it improved performance on a working memory task to the same level of the 20-year-old controls they also studied, even up to 50 minutes after the stimulation concluded. The two argued that the stimulation helped to coordinate neural networks that had fallen out of sync – and may offer a way to improve cognitive function in the elderly. The results were published in Nature Neuroscience in May 2019.

Similarly, Marcos Alvinair Gomes and colleagues from department of psychiatry at the Federal University of São Paulo in Brazil conducted a double-blind pilot study testing the efficacy of regular tDCS stimulation twice a week for 30-minute sessions on memory performance in adults aged 58-60 who were already experiencing symptoms of mild cognitive impairment. After 10 total sessions of stimulation over the left dorsolateral prefrontal cortex (DLPFC), the researchers found stimulation effect better than placebo: People with the stimulation showed improved scores on tests of memory recall, verbal fluency, and executive function. The results were published in the April-June 2019 issue of Dementia and Neuropsychologia.

“The use of tDCS as a stimulating agent on the DLPFC has already shown promising results in improving executive function and memory in younger persons,” said Gomes. “Our results suggest that tDCS can be used to help improve executive functioning and working memory capacity in these older patients as well.”

The Future of Electrostimulation

Adam Woods, Ph.D., assistant director of the Center for Cognitive Aging and Memory at the University of Florida, is the midst of a Phase III clinical trial testing tDCS together with cognitive training to improve function in people with mild cognitive impairment. He said there are now many studies to support the idea that electrostimulation techniques like tDCS can ameliorate cognitive aging and, with luck, prevent or at least slow the development of dementia or Alzheimer’s disease. He is excited to see the results from his own trial in a few months, and hopes that they will show similar positive effects. But despite his enthusiasm, he said there is still quite a bit of work left to do before we go handing out tDCS systems to everyone at their 50–year check-up.

“We are learning that we can help promote the kind of neuroplasticity that improves function when we stimulate the frontal lobe,” he said. “But we still have a lot to learn about how much stimulation is required, whether it may differ from person to person, when that stimulation should start to get the greatest benefit, and what the long-term effects on brain function might be.”

Pascual-Leone said it is important that we do more research to see where, when, and how techniques like TMS and tDCS are best suited to help manage age-related cognitive decline.

“I’m a big believer in non-invasive brain stimulation–I’ve devoted to my career to it,” he said. “But we need to be cautious and do the science before we can say, with any certainty, what it can and can’t do. We need to interpret the results of these studies for what they are, not what we hope they can be, so we can establish a real level of clinical utility and understand under what conditions electrostimulation will help with these kind of age-related problems.

“I think we will get there. But it is going to take some time.”