Back to Parent Page
HomeCerebrumEmotional Intelligence Comes of Age 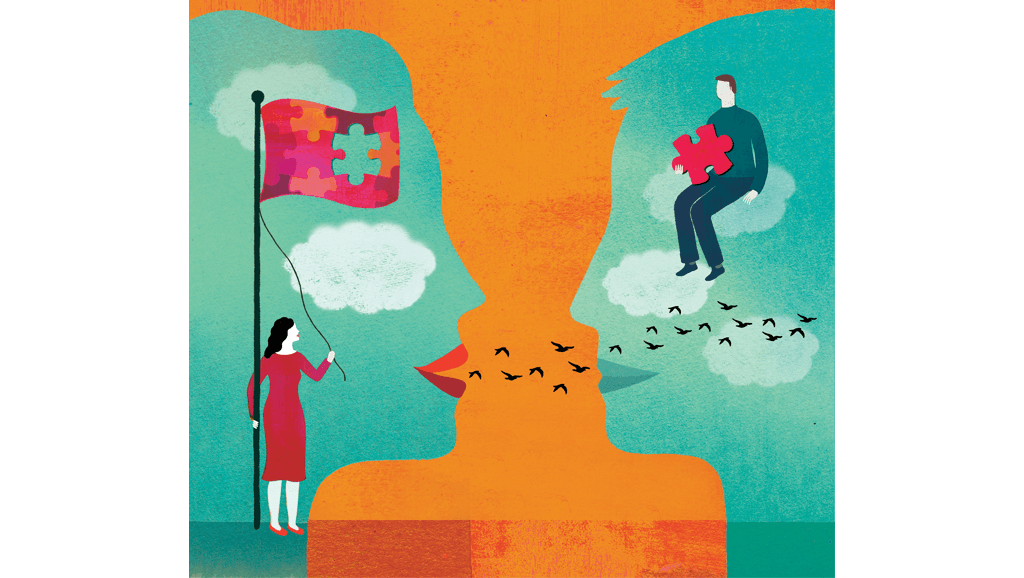 Emotions matter. They influence how we learn, the decisions we make, the relationships we build and maintain, our everyday performance, and the ways in which we contribute to our world. Inextricably tied to our cognitive faculties and manifested in each of our interactions with ourselves and others, emotions underscore what we feel, how and what we think, and how we behave.

Affective science recognizes two related but distinct aspects within the rich complexity of emotional experience: core affect and emotion. Core affect is the internal perception and evaluation of experiences as positive or negative—feeling pleasant or unpleasant—and the effect on energy—feeling lethargic or energized. Emotion is the subjective response to speciﬁc situations, manifested as happiness, sadness, rage, pride, relief, etc.

Emotions are relatively short-term affective responses, evoked by something real or imagined in our environment, that shift our thoughts, physiology, expressions, and behaviors. Although often used interchangeably, we recognize the difference and relationship between emotions, moods, and feelings. Moods are generally taken to mean “less intense emotions,” and though they may originate in the emotional response to a situation, moods are more sustained and may or may not have an easily identiﬁable cause.

Feelings are our private experience of emotions. Therefore, our emotions act as signals that guide our response to the world, inform our moods and underlie our feelings, while continuously adapting to meet the changing demands of life as we age. Lastly, the skills we access to deal with emotional experiences are aspects of intelligence—such as the ability to recognize emotion in oneself and others, and to regulate our emotions in the service of our thoughts or actions.

Despite the leading role emotions play in our life, as a subject of science they’ve been treated as an understudy; we have a long history of denying their importance in the human condition. Emotions are sometimes stereotyped as a sign of weakness and encouraged to be bottled up and checked at
the door of our homes, classrooms, sports arenas, and workplaces. Further, difﬁculty reaching agreement on reliable, valid, and approachable metrics to meaningfully measure emotions undermine our taking them seriously as a skillset worthy of attention, research, and instruction.

The Evolution of a Field

The identiﬁcation of emotional intelligence (EI) occurred late when compared to other kinds of intelligence. It wasn’t until 1990 that psychologists Peter Salovey and John Mayer introduced the ﬁrst formal theory of EI, deﬁned as “the ability to monitor one’s own and others’ feelings and emotions, to discriminate among them, and to use this information to guide one’s thinking and actions.” EI was a synthesis of three burgeoning areas of research, which demonstrated that emotions, when used intelligently, supported reasoning and complex problem-solving.

The ﬁrst area of research was the rediscovery of Charles Darwin’s functional view of emotion—the idea that emotions are valuable sources of information that both energize behavior and ensure survival. Next was recognition that emotions and moods play essential roles in cognition, judgment, and behavior. For example, cognitive psychologist Gordon Bower at Stanford University demonstrated the link between emotions and thought with the use of hypnosis. First, subjects were made to feel either happy or sad. Then they were asked to complete three tasks: recall lists of words, write entries in a diary, and remember childhood experiences. Subjects who were made to feel happy recalled more positive memories and words and remembered more pleasant events for their diaries. Likewise, the participants who were made to feel sad recalled more unpleasant memories, words, and events.

The third area of scientiﬁc inquiry was a search for “new” intelligences to include a broad array of cognitive abilities rather than a single mental ability, as expressed with IQ. Howard Gardner, a professor from Harvard University, proposed a theory of multiple intelligences that urged educators to place a greater emphasis on abilities beyond the verbal and mathematical, such as intrapersonal and interpersonal skills. Other researchers, including Robert Sternberg, proposed a theory of “successful intelligence” and pushed psychologists to consider creative and practical abilities.

Such research has had a positive impact: Social and behavioral outcomes are now recognized alongside academic development as a primary goal of education in the U.S., as evidenced in the Every Student Succeeds Act [ESSA], 2015. Yet questions still permeate some education circles around the value of so-called “soft skills,” the time schools should spend teaching students about them, and whose job it is to “teach” them.

The reality is: what is valued in our society gets taught. We want our children to be competitive in the global economy. But despite the longstanding evidence of the important role emotions play in being successful personally and professionally, we have been slow to warm to the idea that they represent a skill set that should be integrated into the curriculum, rather than a frill taking time away from more critical areas of instruction.

As a society, we’re invested in STEM (Science, Technology, Engineering, and Math) education, and our preschoolers are learning Mandarin, while our primary school students are learning how to code. Meanwhile, science and technology companies, who make up an overwhelming proportion of the global economy, report that the skills they are looking for in new employees are those grounded in EI. These include emotion management, perspective-taking, creative problem-solving, and the ability to have difﬁcult conversations, both give and receive feedback, and lead and inspire teams. A recent study by McKinsey and Microsoft found that top managers believe that just 30 to 40 percent of new hires have enough of these skills.

The development of our EI begins in infancy, through interactions with caregivers, and continues as children are socialized across their school years alongside parents, peers, and teachers. Further, as language skills develop, our capacity to experience emotions more granularly increases, as does our ability to differentiate our individual interpretations from others in how we make meaning of what is happening in the world around us.

Our brains are experience-expectant, constantly shaped by and shaping who we are through interactions with the world and those within it. From our earliest moments, we write the code for how we think and act with the environmental resources available to us, which include everything from the nutrition we receive to nourish our brains, to the instruction we receive to educate our minds, to the relationships we form with our families and peers. Ongoing research ﬁnds that, along with white matter, intense growth in the cortical and subcortical areas of the brain are experience-dependent and that even subtle emotional regulatory interactions can permanently alter young children’s brain activity levels. This process may play a critical role in the establishment and maintenance of the limbic system.

Over the last two decades, our team at the Yale Center for Emotional Intelligence created a schoolwide, evidence-based approach for developing EI, which we named
“RULER.” RULER is designed to integrate the teaching and learning of emotion skills into the fabric of schools across the process of development, and to improve interactions between and among school leaders, teachers, students, and families. Evidence is accumulating for RULER’s positive impact on academic performance (e.g., grades), social and emotional skills development (e.g., emotion regulation and social competence), well-being, classroom climate (e.g., relationships between and among teachers and students), bullying, teacher instructional skills, and teacher stress and burnout.

The RULER framework is based on Mayer and Salovey’s (1997) ability model of EI—the capacity to solve problems in the area of emotion. The name itself is an acronym for the ﬁve key emotional skills of:

According to the ability model of EI, there are individual differences in each of the skills that can be measured by performance tests. Such tests, as opposed to self-report scales, address the reality that individuals are often inaccurate when making judgments about their abilities, and their emotion skills in particular. Increasing empirical evidence over the last 30 years demonstrates the positive effects of EI—measured as an ability—on our health, relationships, academic achievement, and success in the workplace.

Beginning in adolescence, EI serves both protective and predictive functions in developmental health. Adolescents with better EI engage in less risky health behaviors, including the usage of alcohol and cigarettes. EI also correlates with less depression and better conduct, and may protect against suicidal behavior.
The beneﬁts of EI continue into young and later adulthood. College students (especially males) with higher EI have lower rates of substance abuse and aggression, and there is ample evidence that adults with higher EI enjoy better physical and mental health.

A key ingredient in a positive and healthy relationship is the ability to interpret and understand what the other person is feeling, and to identify, express, and manage one’s own emotions. Research shows an association between EI and quality relationship formation and maintenance: it supports successful interpersonal functioning by providing individuals with the skills they need to gain perspective, communicate, and regulate effectively. Higher levels are correlated with increased sensitivity in the perception of others, as well as with stronger relationships with family, peers, colleagues, and partners across the lifespan.

There is evidence indicating that EI is associated with academic achievement because it promotes students’ abilities to attend to and regulate their emotions during learning and instruction. Our cognitive capacities to encode, store, and retrieve learning are necessarily dependent on our EI abilities: attention underwrites human information processing; and emotions like anxiety and fear, especially when prolonged and managed poorly, disrupt concentration and interfere with thinking. Chronic stress is a frequent consequence of poor EI. It can result in the persistent activation of the sympathetic nervous system and the release of stress hormones like cortisol, which over time impacts brain structures associated with executive functioning and memory, diminishing one’s ability to focus and absorb information.

In the workplace, EI continues to provide developmental beneﬁts. Research has linked it to such outcomes as performance quality—particularly in the context of jobs requiring more emotional labor (e.g., displaying speciﬁc emotions, as would be expected of teachers and customer service workers)—and leadership ability. EI correlates with leadership emergence, the degree to which someone not in an ofﬁcial leadership position inﬂuences colleagues. Other studies have shown promising associations between EI and transformational leadership—the process by which managers motivate and inspire their employees to work toward a common vision. Employees with greater EI also report greater job satisfaction and experience less stress and burnout, and they leave their jobs less frequently than those with lower EI.

Of course, how EI is taught and learned depends on age, but unlike learning other skills such as math and science or English language arts, there is no age at which it is too early or too late to acquire better EI. The parts of the brain needed to develop EI are active from birth until senescence.

EI is a ﬁeld whose time has come. It is no longer an understudy waiting in the wings for an opportunity to contribute, and we must value EI and give it center-stage attention. But EI takes work, and we can’t expect our future doers and leaders to optimize this skillset if we haven’t given them the opportunity to develop and reﬁne it at home, at school, and in the workplace.

This article first appeared in the Summer 2020 issue of our Cerebrum magazine. Click the cover for the full e-magazine.