Back to Parent Page
HomeArticlesDissecting Why We Laugh 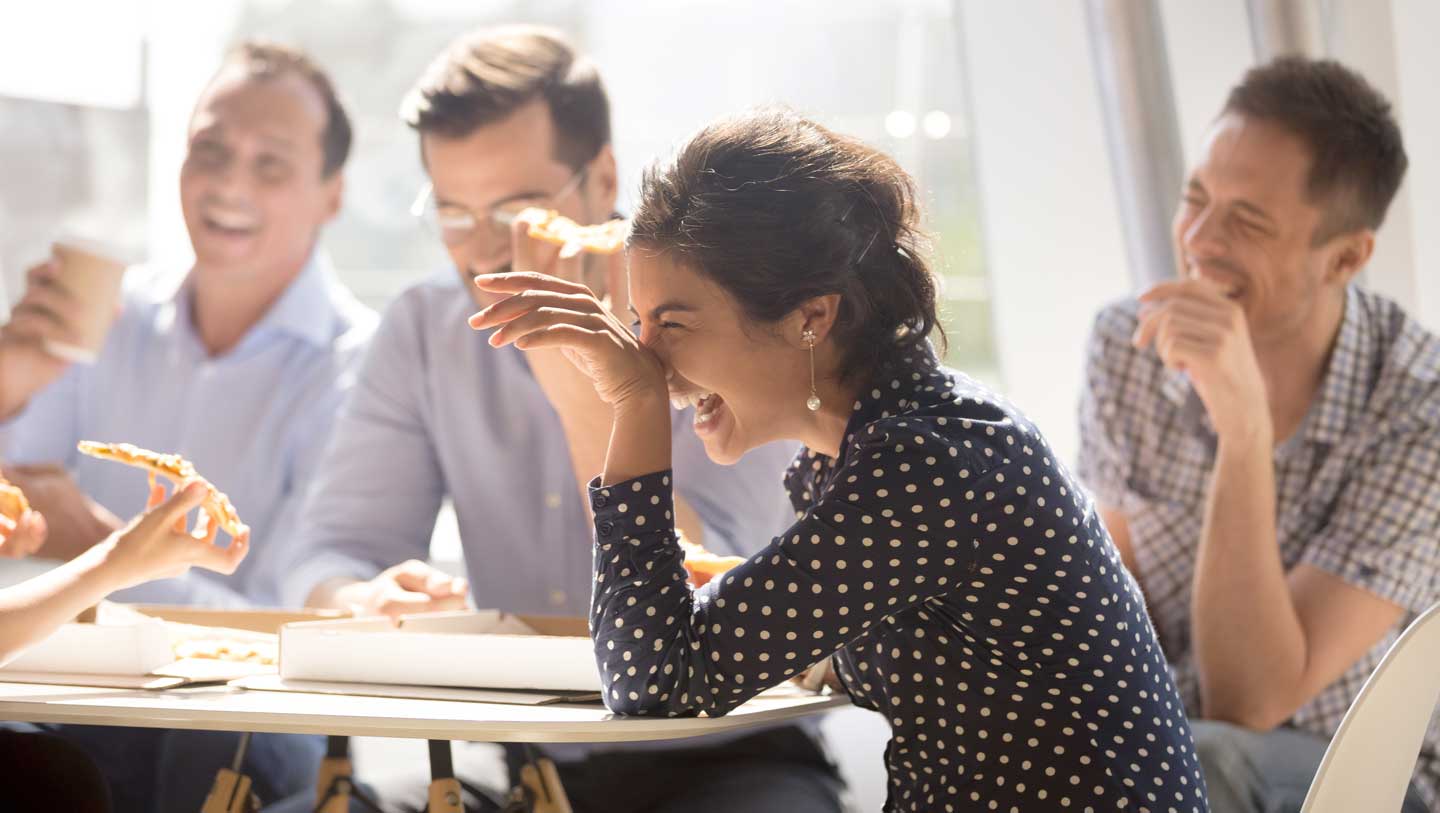 Laughter is one of the many reflexes that humans—and some other species—have, much like sneezing, shivering, or yawning. However, unlike most reflexes, laughing seems to serve no biological purpose, making it a mystery to psychologists and neurologists alike. Lawrence Ian Reed, Ph.D., a clinical assistant professor at New York University, set out to answer why we laugh at “What’s So Funny? The Science of Humor and Laughter,” a program hosted by Think & Drink Different NYC.

Reed, who studies facial expression, emotion, and cooperation, explained that laughter is literally an inability to breathe normally, but the physical reaction feels good even though the person laughing is gasping for air. Since something pleasurable is in and of itself not necessarily a function, psychologists use reverse engineering to try and figure it out, which basically means taking humor and laughter apart and looking at its components and features to determine how and why it works.

There are some universal features to laughter, Reed said. One is that it is incredibly difficult to control or feign. Another is that it is contagious, and that no joke or activity actually needs to occur in order for laughter to happen. In fact, it is so contagious that laugh tracks or canned laughter in TV shows increase the amount that people laugh and how funny they think something is.

Reed also pointed out that males and females perceive humor differently. “It turns out that women laugh more than men do,” he said, regardless of whether she is the one telling the joke or hearing it. He also explained that men tend to get more laughs than women do, though that does not necessarily mean that men are funnier. “It probably doesn’t mean that; it means that women laugh more when there are men around,” said Reed. This could be, he explained, because men tend to be more attracted to women who laugh at their jokes, and women tend to like men who make them laugh, meaning that “one of the things they might be responding to isn’t the content of what the person is saying, but how attracted to that person they are.”

This is known as the sexual advertisement theory, which basically says that women laugh more with a man if they are interested in him regardless of how funny his jokes are, Reed explained. One study tracking women at a bar found that the women’s interest levels in men could be predicted by the number of times that she laughed with him. The study specifically looked at heterosexual men and woman, and thus far there has not been much data on this subject in the LGBTQ+ community, said Reed.

Reed’s favorite theory, however, and the one he finished with, is that laughter serves to solve a set of problems that humans face called “coordination problems.” Coordination problems or games are any situation in which two or more people need to coordinate their actions with limited or no ability to interact, meaning that they have to base their actions off of what they think the other person or people in the equation will do. Reed used as an example a dropped cell phone call; one person has to wait for the other to call back and the other person has to make the call, otherwise no one will call or they will call at the same time and get a busy signal. The problem arises in that both parties need to guess what the other one is going to do in order to coordinate their actions to succeed at the task at hand.

This all means that laughter has evolved as a form of communication that humans use in order to convey that they understand each other and therefore can coordinate their actions and coexist. Reed said that more research is needed to prove if this is, in fact, why we laugh, as well as other species who have exhibited signs of laughter, such as rats, dogs, and primates.

What we do know so far is that laughter can act as a form of bonding or attraction, may be used to ease tense or awkward situations, and can be explained in biological terms. For more information on laughter, check out our other post on Humor and the Brain, and keep an eye out for upcoming events through Think & Drink Different NYC on their Facebook page.