Results [i] from your latest research investigating Deep Brain Stimulation (DBS) for severe treatment-resistant depression show a remission rate of 58 percent and a response rate of 92 percent after two years of stimulation in a new group of 20 patients with unipolar and bipolar depression. Where are you now in this research? 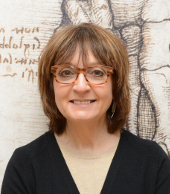 Helen Mayberg: These new results from Emory, which were funded in part by the Dana Foundation, replicate and extend the findings from our proof-of-principle pilot study performed in Toronto. [ii] At Emory, the work has evolved to include patients with bipolar depression and a one-month sham stimulation period, with the same target region (Area 25, the subcallosal cingulate). Importantly, about 60 percent of the combined 37 research patients studied in Toronto and Atlanta thus far—some of whom are now more than 6 years post-implantation— continue to show sustained antidepressant effects with continued stimulation [iii]. Though the total number of patients is still small, we are encouraged by these results.

Our multi-disciplinary research group at Emory continues to focus on the biology of treatment-resistant depression, and the DBS studies provide a unique perspective. Current projects include understanding mechanisms mediating the antidepressant response of DBS, refining the surgical procedure, and identifying imaging or clinical biomarkers to optimize patient selection.

This is the first use of DBS in people with bipolar 2 disorder (the type with hypomania, a less intense manic phase). Why bipolar depression?

Bipolar patients can have very severe treatment-resistant depression. Worse, certain drugs can flip them into mania, including antidepressant medications. The industry sponsored clinical trials are restricted to major depressive disorder (i.e., unipolar depression)— patients with a diagnosis of bipolar disorder will be ineligible. Yet, if this treatment is shown to be safe and effective in unipolar depressed patients and becomes clinically available, treatment-resistant bipolar patients would likely seek out the surgery as well. Safety being paramount, we wanted to know if it would be equally safe and effective for them.

At the same time, this was an opportunity to learn more about how DBS exerts its antidepressant effects. If it is targeting negative mood specifically, it should work for depression in bipolar as well. The good news is that people with bipolar 2 in our study responded similarly to unipolar depressed patients, and we didn’t induce mania, even when we turned up the current in people who weren’t initially responding. That is an important clue. It suggests that we’re impacting the negative mood system quite specifically, rather than tuning mood more generally.

What led you to investigate DBS, which had never been systematically applied to psychiatric disorders before, for this extremely difficult-to-treat subgroup of patients?

My research has long focused on understanding the neurobiology of depression. Our strategy over many years has been to use functional imaging to investigate what brain regions, if any, correlate with ongoing depression symptoms. We took our cues from the work done in Parkinson’s disease, where motor circuits had been well characterized. We wanted to see if depression could be similarly deconstructed, using brain imaging to define a mood circuit—a negative mood circuit, specifically. The goal was to identify how such a system might be hijacked in patients with depression.

We also took advantage of the many evidence-based antidepressant treatments routinely used to treat depressed patients, such as medications and cognitive therapy, to build a circuit model of depression. This provided a flexible framework to evaluate how different treatments affected the brain and, importantly, if different treatments acted in any common ways.

Parallel to our fledgling studies on the depression circuit, DBS for Parkinson’s disease was advancing, along with understandings about how it was working to change the motor circuit. Our hypothesis was that changes in certain critical areas within our depression circuit were necessary for recovery from depression generally. Over time it became clear that brain stimulation within the circuit might work, and the circumstances were right for testing that idea. I guess you could say it was a case of being at the right place at the right time to take advantage of the available DBS technology and consider its potential application to resistant depression.

How did you come to choose Area 25, the subcallosal cingulate, as the target for stimulation?

It started as a thought experiment. Our reasoning was based on converging experimental findings over the previous 15 years. Everything we knew pointed us to Area 25: the imaging studies about the depression network; how the brain was wired up; the nature of the structural connections we were targeting, and how DBS at that time was thought to work. It was our hypothesis that Area 25 was a junction box or convergence zone for the various brain regions mediating negative mood and depression.

We knew that stimulating a certain set of connections in the white matter tracts that link Area 25 to other brain areas would impact not only Area 25, but everything along those connections. We wanted to turn down activity in Area 25, and the DBS data at the time indicated that high-frequency stimulation would do that.

What’s your current thinking on how DBS works to break through the deepest depression?

I think that Area 25 may itself have nothing wrong. It may be sending out a relatively normal signal, but other areas of the brain are failing to respond appropriately, so Area 25 continues to send the signal. If that is the case, DBS may be facilitating more normal communication between brain regions rather than merely blocking the circuit as we originally believed.

The alternative hypothesis is that DBS is acting like noise-canceling headphones. The presumption here is that there is an abnormal “noise” in the circuit that is so distracting that it derails the person from doing what they want to do. Despite all evidence to the contrary, the brain keeps sending signals that there is something wrong. Severe and pervasive mental anguish as is experienced by these patients is a feeling that just can’t be ignored. Perhaps DBS is actually blocking this signal, allowing the rest of the system to return to normal functioning, which includes emotional highs and lows. DBS allows full dynamic range of one’s emotions, but prevents patients from getting stuck in the lows.

Those are two somewhat contradictory theories about why DBS seems to work, both having to do with abnormal signal processing. Either an abnormal signal is on and DBS turns it off, or a normal signal is being sent but not received, and DBS helps that information go through. I’m inclined to think it’s a combination of the two, that DBS cancels the depressive “noise,” but also enables the rest of the brain to do its thing.

Your data show that stimulation must continue in order for depression symptoms to not recur. What does that suggest in terms of the mechanism of DBS?

Somehow the DBS turns off the mental pain, but I have no idea how. We do know that if stimulation is turned off, patients don’t stay well, and it doesn’t matter if you turn it off in the first six months of treatment or after five years of being well. This is most clearly observed when the battery in the stimulator apparatus is depleted: patients gradually (over several weeks) lose their state of wellness, and they recover once the battery is replaced.

That suggests that the stimulation is not curing the underlying problem, but is somehow maintaining the ability of the brain to learn and plan and do all the things that the brain does. DBS restores the brain’s capacity to go in whatever direction you choose, but the choice is yours. When you’re depressed, the choice is not yours.

How has the understanding of how DBS works—especially in movement disorders, where it is used more often—evolved over time, and how has that impacted DBS research?

Now we understand that DBS is probably driving neural activity through white matter tracts that are stimulated. That means you have to know a lot about the kind of white matter connections you are in, whether they’re inhibitory or excitatory, where they connect to, and so on. The other layer is that you may be impacting the oscillations—the dynamics and interactions of every brain area those tracts are connected to. It isn’t just about turning any one area or pair of areas up or down; it’s about the rhythm and choreography of the system as a whole.

It’s clear now that understanding how DBS works requires a systems neuroscience approach and electrophysiology methods that can measure the patterns and temporal dynamics of neural firing across the entire system. The imaging methods that we relied on to develop this approach are not likely to be the ones that will provide the critical insights into how stimulation to Area 25 works. PET imaging, while telling us the net effect on which brain regions are impacted, is too slow to measure the dynamic interactions of these brain regions. We need electrophysiological tools to figure this out.

We often talk about DBS with metaphors like “pacemaker for the brain” or “tuning the depression circuit.” While these have traction for some people, one has to be careful, because it implies that there is an abnormal brain rhythm in these patients that we are affecting. We don’t know that.

Our current grant from the Dana Foundation is aimed at testing this. We’re using electrophysiology methods to track, in real time, changes in communication among regions impacted by the stimulation. Is there an abnormal rhythm? What is happening in the operating room when stimulation is applied? Can we actually track the change in rhythm? In order to move beyond metaphors, we’ve got to figure these things out. The Dana funding allows us to look at network oscillations and try to answer these questions.