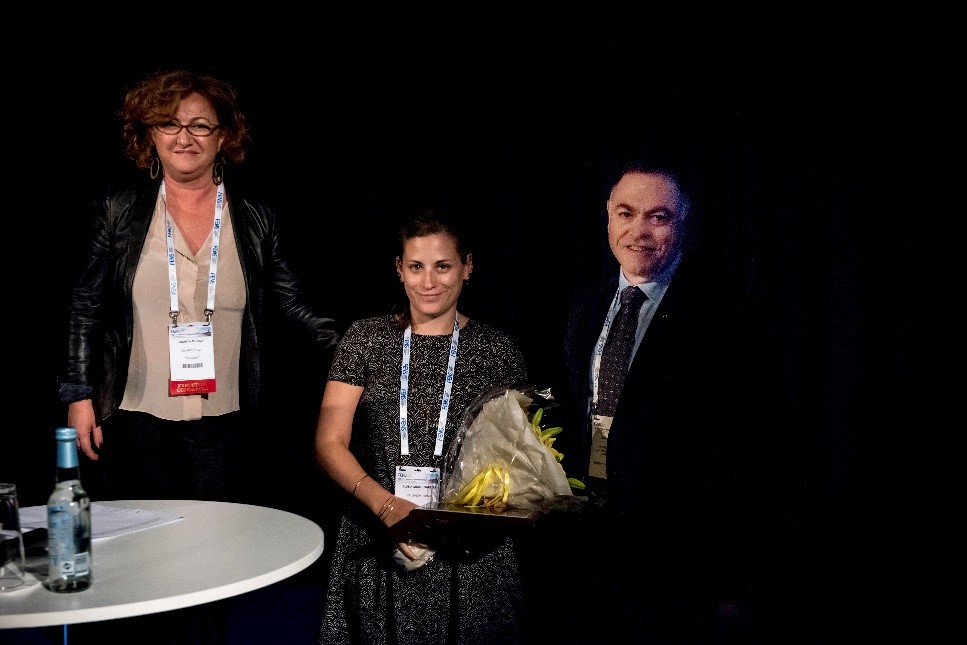 The European Dana Alliance for the Brain (EDAB) presents two Outreach Champion Awards with the Federation of European Neurosciences Societies (FENS) every two years at the biennial FENS Forum of Neuroscience. The 2016 winners were announced during an awards ceremony on July 4th at this year’s FENS Forum in Copenhagen, Denmark.

The Dana/EDAB Neuroscience Outreach Champion, also known as The David and Hillie Mahoney Award for an Individual’s Contribution to Outreach, is presented to a person who has significantly contributed to the promotion of brain awareness, through continued public outreach efforts for a period of three or more years. This year’s winner is Paul Bolam, emeritus professor and senior scientist at the Medical Research Council’s Brain Networks Dynamics Unit at the University of Oxford. His outreach includes 75 talks over the last seven years, usually covering topics such as the aging brain and Parkinson’s disease.

The EDAB-FENS Brain Awareness Week (BAW) Excellence Award is presented to an organization, such as a hospital, university, national society or NGO, which has presented an exceptional BAW public outreach program in the past two years. This year’s winner is The Edmond and Lily Safra Center for Brain Sciences at the Hebrew University of Jerusalem. Over 10,000 people participated in the center’s annual “Art and Brain” week, which includes lectures, cultural events, art exhibitions, and films that highlight the creative processes of the brain.

Congratulations to both winners!